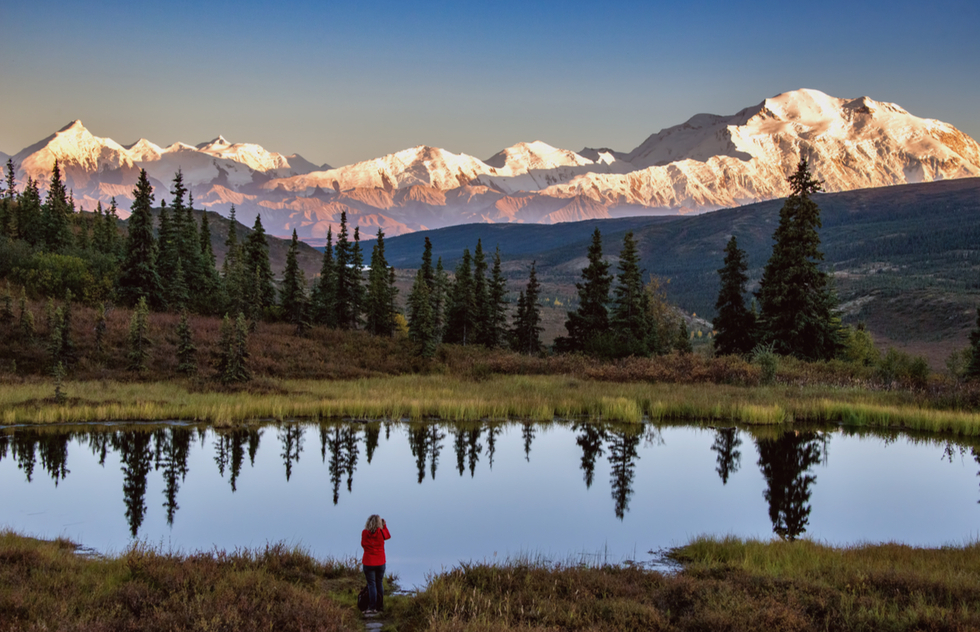 Barring the unlikely success of emergency legislation in the U.S. Congress, there won't be ocean cruises to Alaska this summer.

Due to longstanding laws requiring foreign-flagged ships to stop at an international port during U.S. voyages, Canada's decision to ban cruise ships until 2022 effectively put the kibosh on cruise sailings to Alaska from the Lower 48.

But customers will still be able to explore the 49th state with two of the biggest names in Alaska cruising—Princess and Holland America Line.

Arranged via Carnival's Gray Line Alaska operation, weeklong escorted tours for groups of around two dozen people will include visits to Fairbanks, Denali National Park (pictured above), and the Kenai Peninsula, courtesy of deluxe motor coaches and glass-domed trains. Side excursions will show off glaciers, mountains, and wildlife such as caribou and moose. There are even interludes on waterways during short sightseeing boat rides.

Meals, accommodations, and activities are covered in the price of the package, which starts at $2,599 per person, based on double occupancy. You're on your own for airfare to and from Anchorage.

For more independent vacationers, there are "Explorer" tours that lack the group and tour guide. Those packages start at $1,699 per person, based on double occupancy.

The first escorted and unguided trips kick off in late May, with 6-, 7-, and 8-day itineraries available through early September.

The benefits of relying on a cruise company for your itinerary, transportation, room, and board are the same as on the high seas: convenience and reliability from an experienced, well-established professional organization. After all, Carnival and its offshoots have had these inland services for years. It's just that in 2021, the inland infrastructure is all that the cruise lines have.

But it isn't just major corporations that are feeling the crunch. The Alaskan communities that rely on tourism to support their economies are also hoping a significant number of visitors opt for land-based trips to the state until cruising resumes.

According to Bloomberg, the estimated loss from the suspension of travel to Alaska due to the pandemic is "nearly $1 billion from missed cruise passenger spending and taxes and fees paid by the cruise lines to state and local communities."

Resuming travel to the state will help make up some of that loss and support jobs such as the 600 local positions Carnival intends to rehire after furloughing them last year.

Entering the state no longer requires a negative Covid-19 test, but you should consult Alaska's government website for advice on visiting the state if you choose to do so during the pandemic.

To book one of the land-based Alaska trips from Princess Cruises and Holland America Line, visit GrayLineAlaska.com, call 800/544-2206, or contact your travel advisor.

If you'd rather see Alaska on a fully self-guided basis, we have some suggestions for using a rental car to get up close with the state's glaciers, superlative national parks, and outstanding summer activities.