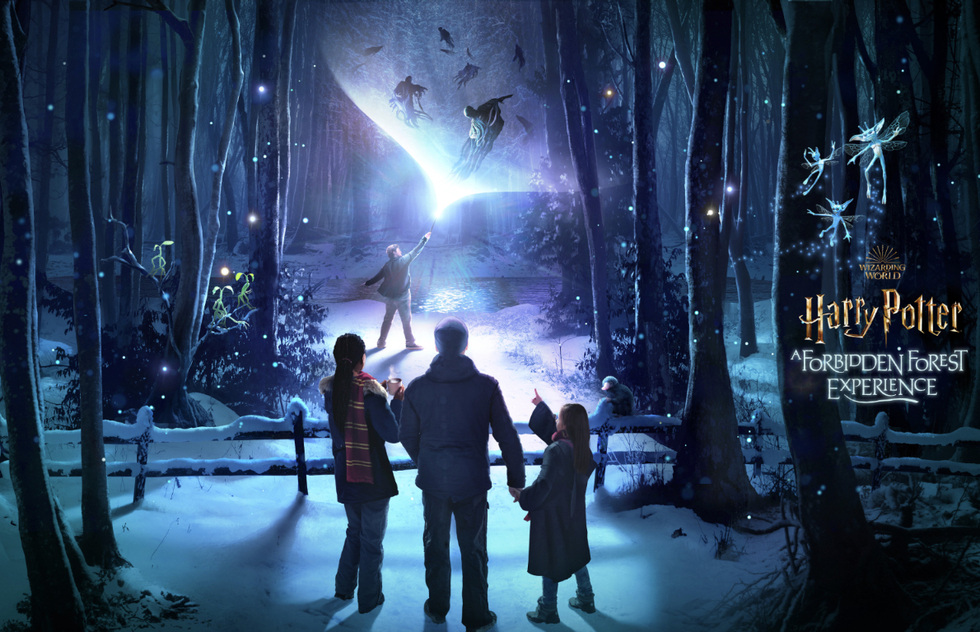 Harry Potter fans will soon get the chance to take a magical stroll through the Forbidden Forest, the wooded habitat for Hippogriffs, centaurs, unicorns, Nifflers, and other creatures in the Wizarding World.

The one-of-a-kind Harry Potter: A Forbidden Forest Experience will begin welcoming Muggles in October to a leafy area on the grounds of the Arley Hall & Gardens estate in England's Cheshire county, located about a 40-minute drive outside of Manchester.

The nighttime attraction, which is officially sanctioned by the franchise, will lead families along a one-way route equipped with lights, sounds, and special effects to re-create memorable scenes from the Harry Potter and Fantastic Beasts films. During the roughly hour-long experience, visitors will be able to interact with the forest's mythical inhabitants and even cast spells, including the conjuring of a Patronus.

Though on the spooky side, the attraction is intended for guests of all ages. Take special care if you have an intense aversion to giant spiders or snotty Slytherins.

The project was created by Warner Bros. Themed Entertainment and Thinkwell Group, an experience design and production company, in collaboration with design firm Unify and the entertainment discovery platform Fever.

Warner Bros. already hosts The Making of Harry Potter at the studio complex where the films were shot. Since 2012 that has been one of the most popular family attractions in the London area.

At the Forbidden Forest site in Cheshire there will of course be an onsite shop selling Potter merchandise and a themed village serving food and beverages (Accio, Butterbeer!).

Organizers say there are no immediate plans to bring the Forbidden Forest attraction to other cities. But if you can't make it to the U.K. any time soon, there's no shortage of Potter-related diversions in the United States, even as the first movie nears the 20th anniversary of its November 2001 release. (If that doesn't make you feel older than Albus Dumdledore, nothing will.)

In addition to the extensive wizardry to be had at Universal Orlando Resort in Florida and Universal Studios Hollywood in California, there's also the newly opened Harry Potter flagship store in New York City and the touring exhibition of props and costumes from the eight Potter movies. The exhibit's next stop is Philadelphia's Franklin Institute in early 2022.