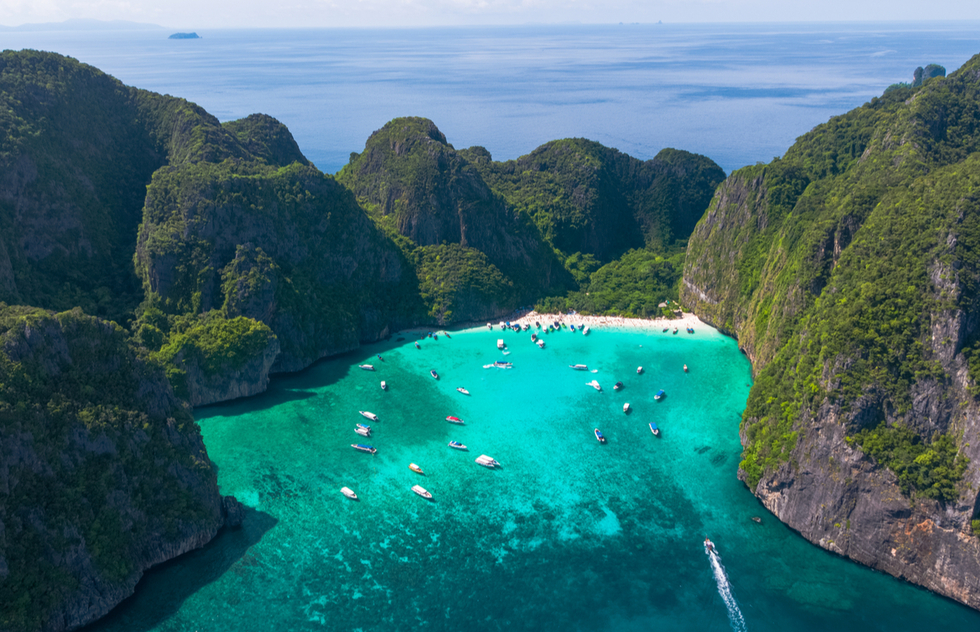 Thailand's Maya Bay, the speck of paradise that played the title role in the Leonardo DiCaprio movie The Beach (2000), is reopening to tourists after a three-year-long closure.

Government officials barred entry to the scenic scoop of sand abutting emerald waters on the island of Ko Phi Phi Leh in 2018, announcing that the overtouristed spot had become a victim of its own superstardom.

At one point, up to 5,000 visitors per day were converging on the island by the boatload from Phuket and other popular resort areas. Those beachgoers left plastic waste, touched fragile underwater corals, and otherwise harmed the bay's ecosystem to such an extent that officials determined the beach needed a breather.

Originally scheduled to last only a few months, the closure was extended in 2019.

The Thai government now says the break gave marine life a chance to recover and new coral to grow. In light of those improvements, tourists will once again be allowed back at the beach, starting January 1, 2022.

But things are going to be different this time.

According to news reports, the number of daily visitors will be closely monitored, with no more than 300 tourists allowed at a time.

Additionally, boats may only arrive between the hours of 10am and 4pm, and must anchor at another bay, on the other side of the island from the famous beach.

Visits must last no longer than an hour, and swimming and water sports must be restricted to designated zones.

Granted, that all sounds pretty regimented for paradise, but strict rules are sometimes necessary to counter the environmental havoc humans are capable of.

As the Lord said unto Adam and Eve when they messed up the Garden of Eden, "See, this is why we can't have nice things."

Besides, Thailand has plenty of other gorgeous beaches to try. Frommer's Thailand recommends, for a starter, Nai Thon Beach in Phuket, Loh Dalam Beach on Ko Phi Phi, Ao Nang in Krabi Province, and Had Sai Khao on Ko Chang.