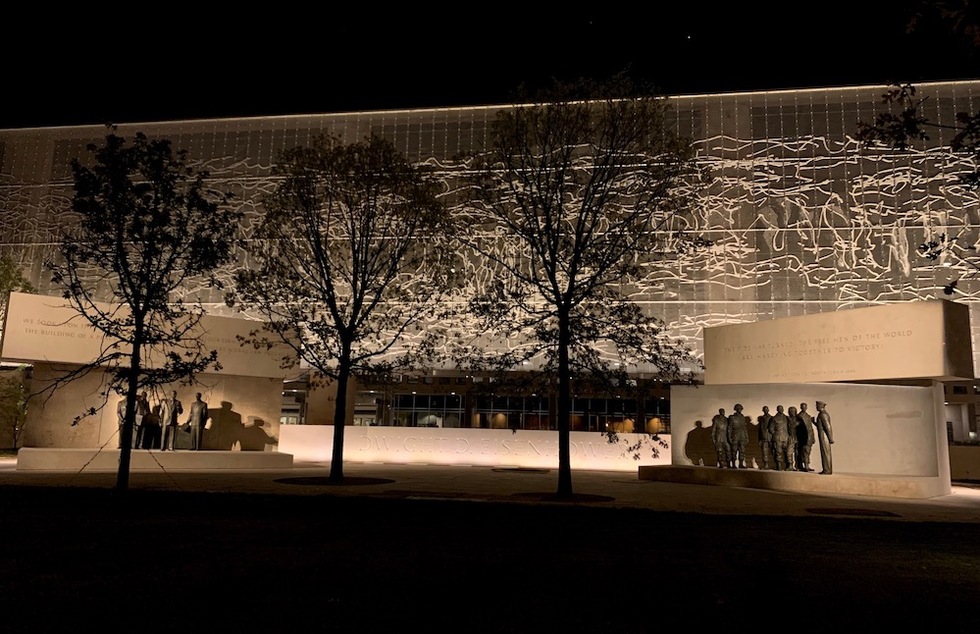 Like Ike? D.C.’s Eisenhower Memorial to Open After Long Controversy

Dwight D. Eisenhower might have been a calm and steady World War II commander and two-term U.S. president, but the effort to honor him with a memorial in Washington, D.C., sure did stir up a maelstrom of controversy.

Commissioned by Congress in 1999, the project hired famed architect Frank Gehry in 2010. His unconventional, verging-on-unheroic initial designs—centering on a gigantic metal scrim illustrating scenes of Eisenhower's life—met with carping from numerous critics, including political commentators, who accused the architect of self-aggrandizement, and members of Eisenhower's own family, who thought the renderings recalled missile silos.

After numerous revisions, compromises, innovations (required by the site's awkward location amid drab government buildings on Independence Ave., across from the Smithsonian's National Air and Space Museum), and one pandemic-prompted delay, the Dwight D. Eisenhower Memorial is at last scheduled to open to the public on Thursday, September 17.

Both Gehry and Ike's granddaughter Susan Eisenhower profess themselves satisfied with the final result, according to the Washington Post.

The memorial's most striking element remains the metal "tapestry," an expanse of woven mesh bearing an abstract design of squiggles that are supposed to evoke the coast of Normandy, which was the setting of the Eisenhower-led D-Day landings by Allied forces in 1944.

The tapestry serves as backdrop for groupings of bronze statues representing Eisenhower's stints as Kansan youth, general, and 34th president (1953–1961). Behind the statues, stone panels are inscribed with the leader's quotes. 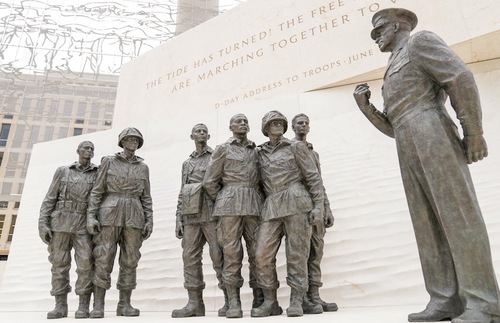 The whole thing sits in a pleasant, 4-acre patch of newly planted grass and trees.

The memorial arrives smack dab in the middle of a national reckoning with how—and to whom—we pay tribute in bronze, as well as amid considerable doubt about the notion of American greatness.

Those issues could spark some debate. But hey, considering the development of this memorial, passionate debate is nothing new.