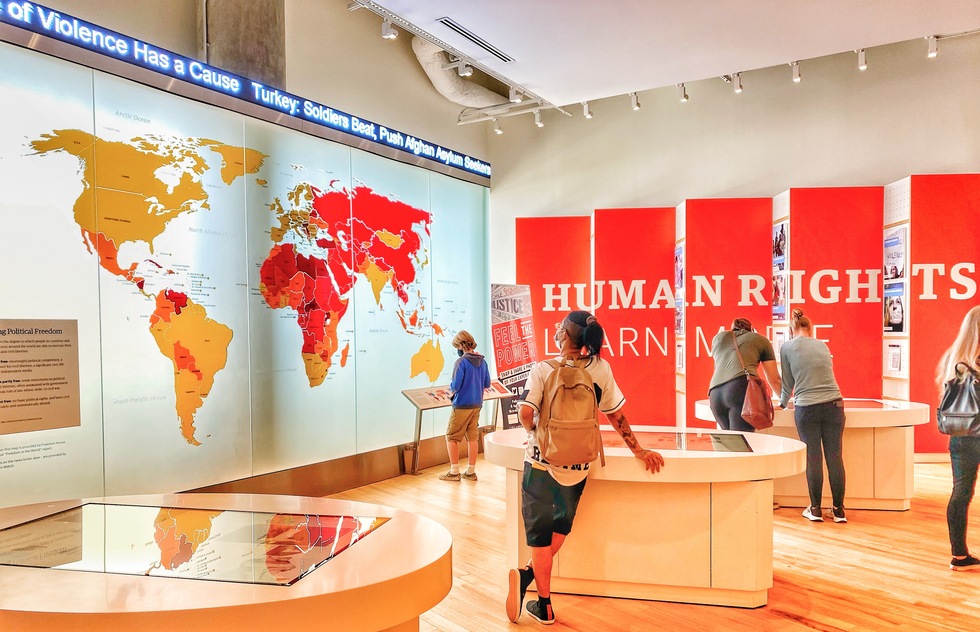 Pauline Frommer: Atlanta Is One of the Best Places in the USA for a Weekend Getaway

Not once. I know because I have a copy of the book, which I bench-press to build my triceps.

OK, actually, I have one because soon I’ll be doing an interview with its editor, Allyson Johnson, on my podcast. Do you think it would be rude to start the interview by shouting, “How could you leave out the hometown of Jeff Foxworthy, Ludacris, and Cardi B?” Heck, Cardi B loves Atlanta so much she reportedly owns five homes in her adopted hometown.

After visiting last weekend, I can understand why Cardi would want five houses in metropolitan Atlanta.

OK, once again, not really. But I do think it’s an ideal weekend destination.

I found that Atlanta has enough to keep one happily busy for two or three good long weekends. And the food is off-the-charts fabulous.

So what do you do in Atlanta?

You can go either serious or silly. For the former, the city was one of the centers of the civil rights movement in the 1950s and 1960s, and it has embraced that history.

Unfortunately, both the Birth Home of Martin Luther King, Jr. and the King Center are currently closed because of Covid concerns. But the superb museum known as the National Center for Civil and Human Rights (pictured above) remains open, and it's a powerful two- to three-hour experience that covers a range of social issues, from civil rights in the United States to problems with human trafficking, women's rights, attacks on LGBTQ people, the treatment of people with disabilities, and much, much more. The exhibits have a ripped-from-the-headlines immediacy.

A visit to the Atlanta History Center is in order next. It’s home to the famed epic painting known as the Cyclorama of the Battle of Atlanta (pictured below), a top-notch exhibition on the human toll of the Civil War, and Swann House, a breathtakingly beautiful neoclassical mansion from the 1920s.

And for ambitious visitors, a stop at the city's world-class art museum, the High Museum of Art, could round out a weekend. 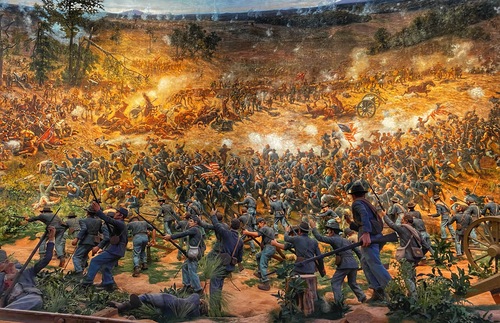 But I also loved Atlanta's pursuits that were less museum-focused, and you might, too.

You might spend a morning at the Georgia Aquarium (one of the best in the U.S.) before strolling across the plaza to the World of Coca-Cola to try soft drinks from many nations.

A few afternoons could be taken up by hiking or biking one of the new Beltline trails and shopping at Ponce City Market, a hipster-brand-only mall inside a historic former Sears, Roebuck & Co. building, which features a food court with 20 local purveyors and a carnival-style midway on the roof that morphs into a buzzy nightlife spot after dark.

“After dark” also means dinner, and in Atlanta that can be a celebratory meal thanks to the expert young chefs who have decamped here in recent years.

But if you can’t get reservations there, know that there will still be mighty fine meals to be had at such sexy bistros as Miller Union, Watchman’s, and The Optimist.

National Geographic, I know that your new book has just come out, and like your others it's a beaut, but you may want to update it to include "Hotlanta." Your readers will thank you.