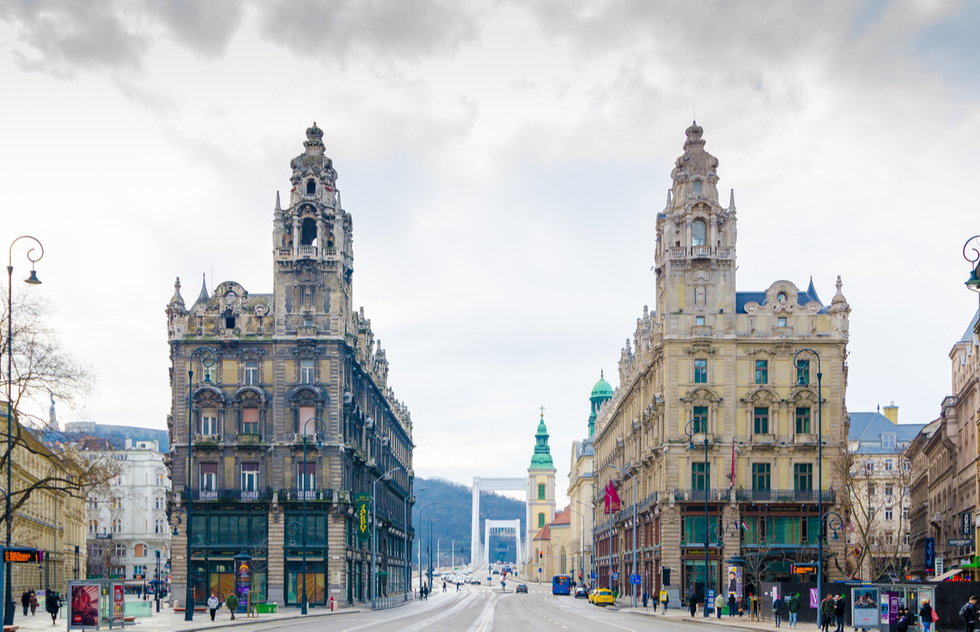 A onetime royal palace situated near the Danube River in Budapest has been turned into a swanky hotel.

The 130-room Matild Palace, the latest outpost in Marriott International's Luxury Collection, occupies one of two matching neo-Baroque buildings commissioned around the turn of the 20th century by Archduchess of Austria Maria Klotild, Princess of Saxe-Coburg and Gotha.

The prodigiously titled yet historically minor member of the Hapsburg dynasty wanted the twin palaces to serve as a dramatic gateway to the Pest side of the city when entered from the Elisabeth Bridge.

Not to suggest the place has become affordable or anything. Nightly room rates start around €600 ($715). 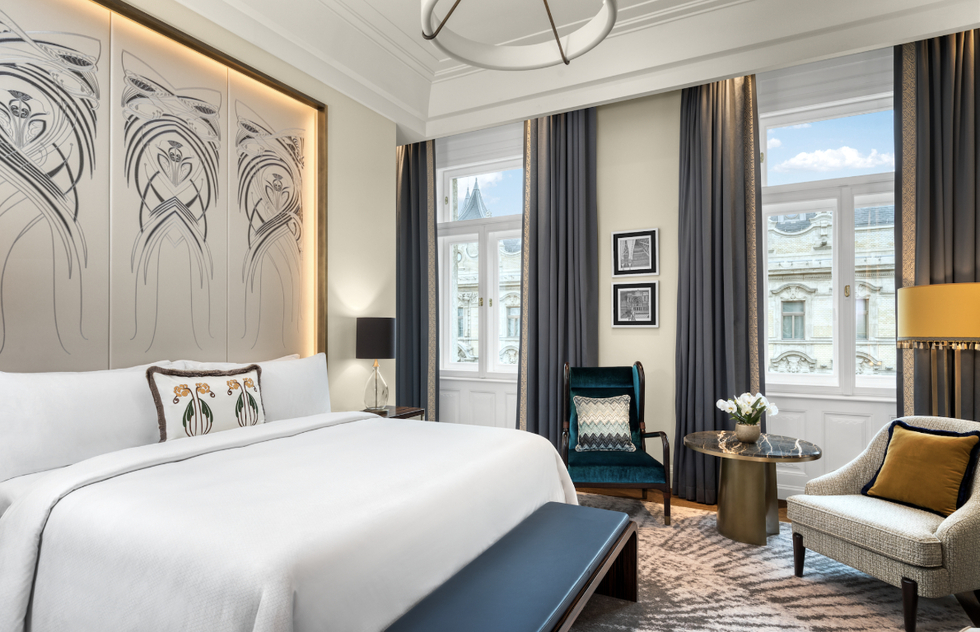 According to the Toronto Star, the hotel's luxe interiors, supplied by MKV Design, are meant to pay visual tribute to the rich history of the palace. Porcelain pendant lights nod toward Hungary's Zsolnary ceramics, the lobby's chandelier was inspired by the duchess's jewelry collection, and the teal, green, gold, and copper color palette throughout the hotel recalls the hues of the architecture lining the streets outside. 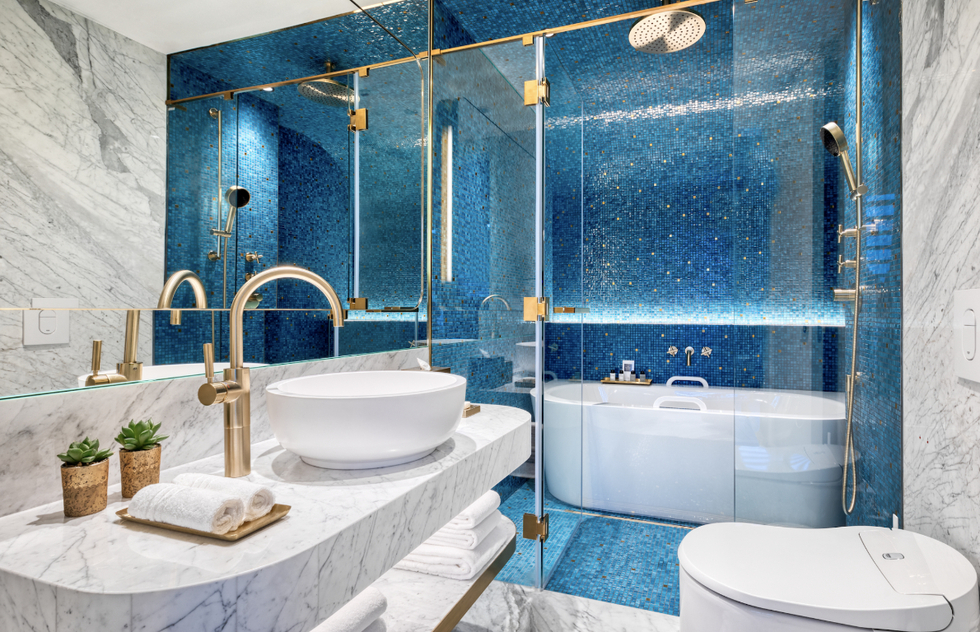 The hotel's 19 sumptuous suites include the Maria Klotild Royal Suite, described in a press release as a "modern interpretation" of the titular noble's imperial apartments. 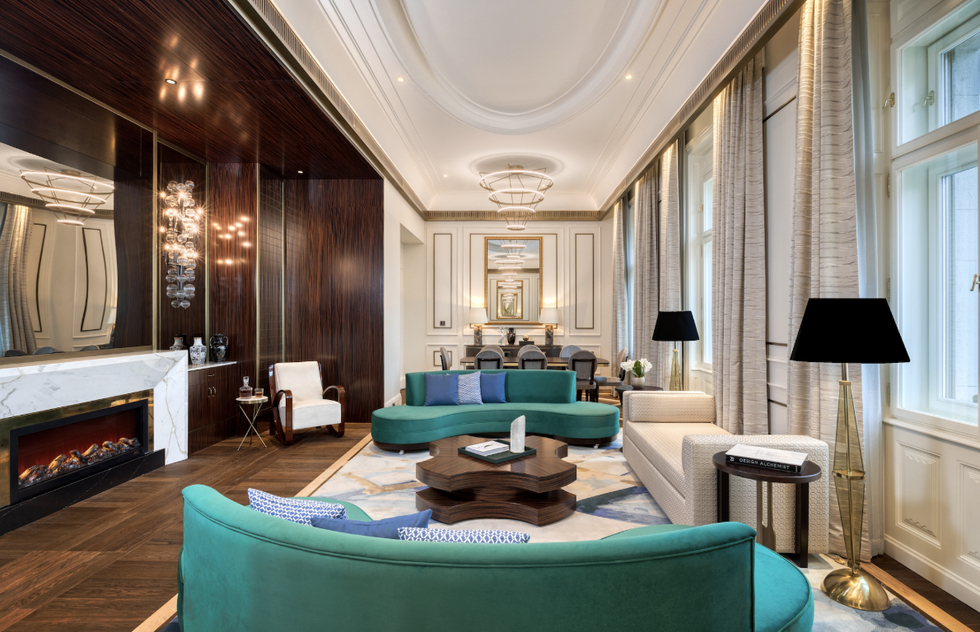 But the best views onsite are probably in the rooftop Loft rooms, some of which overlook the Danube from huge, sloping windows. Even the rooms with city views show off a historic section of Budapest that's been designated a UNESCO World Heritage Site for its beautifully preserved medieval, Baroque, and Art Nouveau architectural styles. 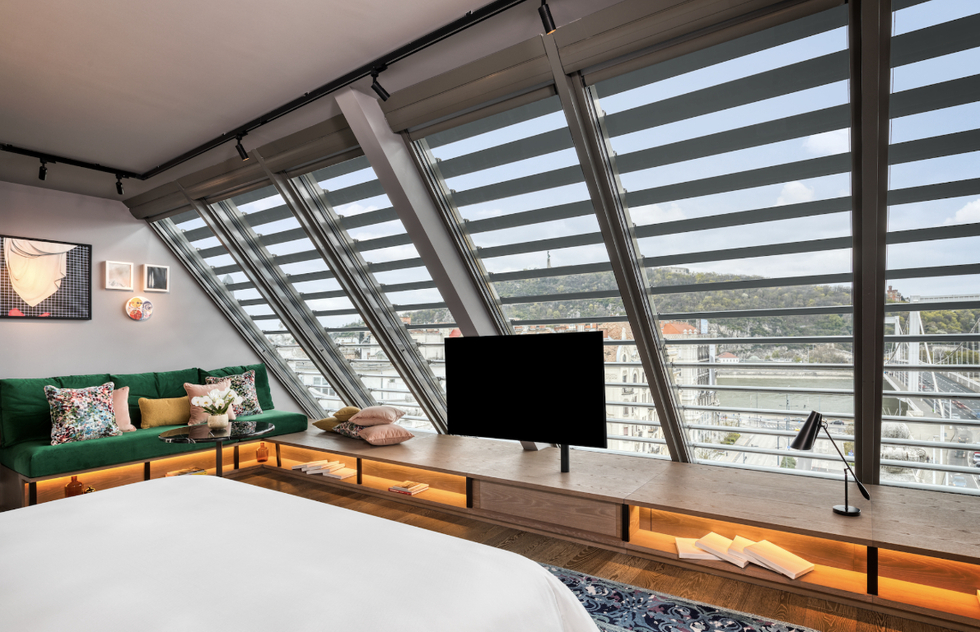 The focus isn't entirely on the past at Matild Palace, however.

Central European–born chef Wolfgang Puck is opening an iteration of his renowned Spago restaurant at the hotel, and a cafe-cabaret, set for a September debut, will offer year-round outdoor dining in hopes of making the palace's stately environs a lively "gastro street."

Matild Palace opens to guests on Monday, June 28. Visit the hotel's website for more details or to make a reservation.

To pay even more to stay at an even more famous European palace, check out the newly opened Le Grand Contrôle hotel on the grounds of the Château de Versailles outside Paris.