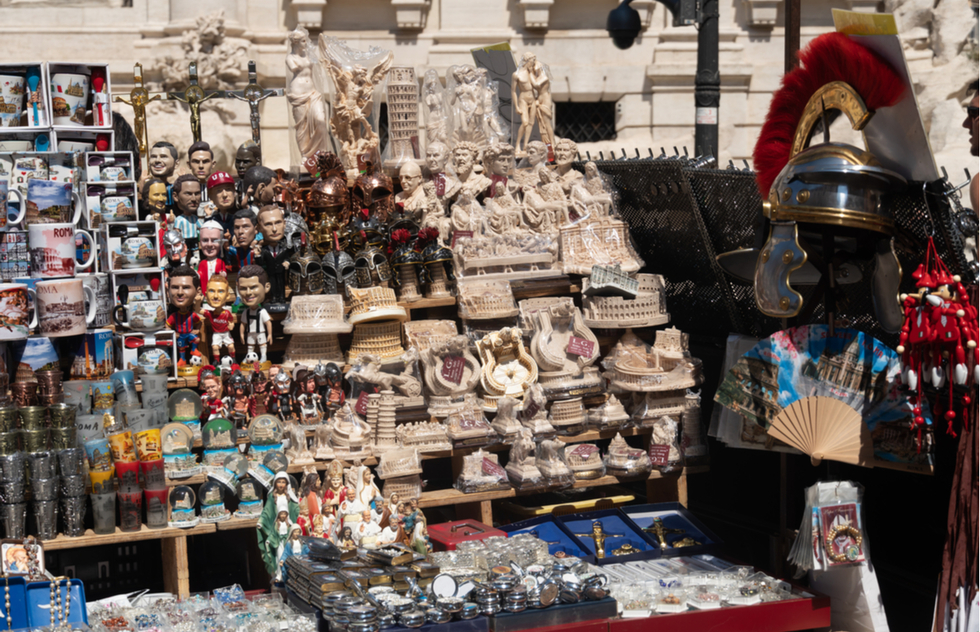 Tourists in the market for a Pope Francis bobblehead may have a tougher time finding that souvenir on the streets of Rome this year.

The city has banned stalls selling mugs, magnets, figurines, and other trinkets next to several iconic sites, including the Trevi Fountain, the Spanish Steps, and the Piazza Navona.

The new regulation, which went into effect January 1, gives the boot to 17 souvenir stands, some of which have been in the same families for generations. According to The Telegraph, eight of those vendors will be allowed to relocate to new spots farther away from the historic attractions.

The city council enacted the ban because they say the stalls contributed to overcrowding at sites already teeming with visitors. What's more, Rome mayor Virginia Raggi asserted in a statement that piles of cheaply made gladiator getups and Colosseum shot glasses "tarnished" the city's "architectural jewels." Raggi characterized the ban as an attempt to "protect Rome's heritage."

The removal of the souvenir stands is the latest in a series of recent regulations targeting tourism in Rome. Also on the books are bans on swimming in fountains, late-night drinking, and sitting on the Spanish Steps.

More than 9 million tourists pour into Rome each year.