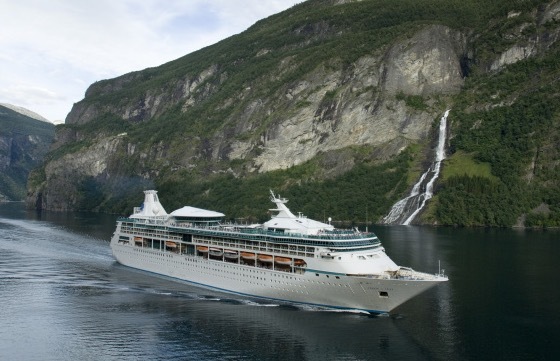 Update, May 20, 2021: Citing the prospect of large cruise ships returning to the United States soon, Royal Caribbean canceled plans to cruise from Bermuda on Vision of the Seas.

The cruise industry continues to plan a summer comeback that will happen outside the jurisdiction of the U.S. Centers for Disease Control and Prevention.

Royal Caribbean has announced that its ship Vision of the Seas (1998, refurbished 2013) will begin seven-night trips out of Bermuda.

Reservations open March 29, and Royal Caribbean has announced sailings could begin "as soon as" June 26.

Only adults who have proof of vaccination will be permitted to sail. To ensure that kids can join, guests under the age of 18 must show negative Covid-19 test results.

Bermuda also requires both advance coronavirus testing and an on-the-spot test upon arrival.

Royal Caribbean's weeklong vacations won't visit many ports. Instead, itineraries will include two nights at Bermuda's Royal Naval Dockyard, supplying passengers with a floating hotel to use as a home base for exploring the island. (Get Frommer's full guide to Bermuda here.)

The rest of the week will be filled out with three days at sea and a call at the cruise line's private island in the Bahamas, Perfect Day at CocoCay. That's the only part of the Bahamas passengers will be allowed to visit.

The voyages also avoid the United States because U.S. government authorities have not yet given the green light to let major cruise lines return to American ports.

Instead, Royal Caribbean will rely on health and safety protocols developed through the Healthy Sail Panel, a joint effort with rival Norwegian Cruise Line. The panel's recommendations have been provided to the CDC as guidance as well.

Because the cruises on those vessels will begin and end in other countries, all passengers will be required to travel using passports.

Crystal Cruises will do Bahamas-only weeks, all-inclusive Celebrity Cruises will sail from St. Maarten to a variety of Caribbean ports, and Royal Caribbean will have another ship sailing mostly around the Bahamas, with short stops planned in Cozumel, Mexico.

None of the ships that Royal Caribbean has selected for North America so far are the newest, largest, or most advanced vessels in the fleet. If you're looking for a cutting-edge mega ship this summer, look to the Eastern Mediterranean, where Royal Caribbean will debut its newest ship, Odyssey of the Seas, in Haifa, Israel, instead of near the United States.

Update, March 31: As of July 7, another of Royal Caribbean's largest ships, Anthem of the Seas, will be based in Southampton, England, to serve British vacationers. Ports of call will include Liverpool, Kirkwall (Scotland), and Belfast, Northern Ireland. All passengers must have proof of vaccination except for kids under 18. Previously, the ship was based in the New York City area.