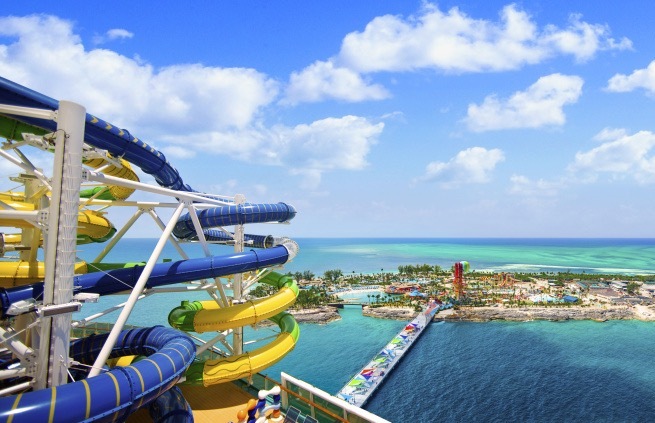 Two Cruise Lines Returning to Caribbean for the Vaccinated, but Will Skip U.S.

If you're a fan of cruising and you're itching to get on board again as soon as possible, we can definitively say you're going to need two things: a Covid-19 vaccine and a passport.

The vaccines are new to all of us, but many longtime devotees of cruising may not possess passports because when Caribbean cruises begin and end in the United States, that document isn't generally required.

Today, word came that two more big passenger ships will soon return to service—and because the Centers for Disease Control and Prevention has yet to give the green light for international cruises to operate in U.S. waters, neither vessel will touch an American port.

In what Travel Weekly calls an "end-run around the CDC's Conditional Sailing Order," Celebrity Cruises has announced its Celebrity Millennium (launched in 2000, renovated 2019) will soon begin weeklong itineraries out of St. Maarten. Depending on the date, vacations will include Aruba, Curaçao, and Barbados or Tortola (B.V.I.), St. Lucia, and Barbados.

All customers will be required to show proof of vaccination as well as negative results from Covid-19 tests taken no more than 72 hours before embarkation. The vaccination mandate will not effectively bar children—no Covid-19 vaccine has yet been approved for kids, so they can board with negative test results alone.

Once that paperwork is settled, Celebrity has promised customers will have the "full experience." All restaurants and amenities will be open and available, and during shore stops, passengers will be permitted to roam without a group—a liberty that has not been available to European passengers when cruises restarted there amid the pandemic.

During the pandemic pause, Celebrity Cruises switched to an all-inclusive format, meaning alcohol, Wi-Fi, and gratuities will all be included in the fare.

Also today, Royal Caribbean announced that it, too, will return to North American waters this June by launching new weeklong trips out of Nassau in the Bahamas. The island chain is technically in the Atlantic, not the Caribbean, but in the summer, the weather patterns of the two regions are indistinguishable.

The cruise line's Adventure of the Seas ship (2001, refurbished 2016) will visit Grand Bahama Island, Cozumel (Mexico), and spend two days at the company's private island, CocoCay (pictured above from its pool deck; see our feature on all the island's attractions).

Royal Caribbean's ship will touch fewer countries than Celebrity's, so trips on Adventure of the Seas will face a lower risk of disruptions should localities experience new coronavirus flare-ups.

Unlike Celebrity, Royal Caribbean did not explicitly promise passengers they will be free to roam ports outside of controlled guided groups. The company's announcement only touted "options to safely explore . . . on selected Royal Caribbean shore excursions."

Last week, financially troubled luxury line Crystal Cruises announced its own Bahamas-centric return to cruising this summer. A few weeks ago, Royal Caribbean said it would debut its newest ship in the eastern Mediterranean instead of near the United States.

A pattern is developing, and it's clear: To get back on the water, American cruisers will need a vaccine jab, a passport, and a willingness to fly to another country.