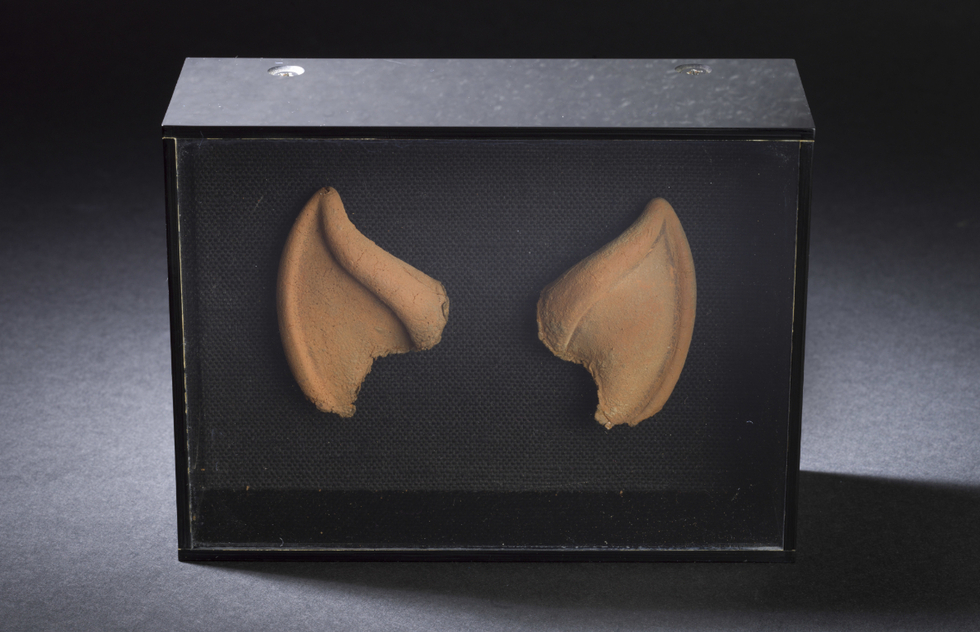 Two of the most iconic appendages in sci-fi are going on permanent display at the Smithsonian's National Air and Space Museum on the National Mall in Washington, D.C.

The institution announced last week that it has accepted the gift of a pair of prosthetic ear tips worn by Leonard Nimoy when he played Spock on the original Star Trek TV series, which ran from 1966 to 1969.

The pointy foam props were saved as mementos by Nimoy and stored in a black box the actor made himself. The artifacts were kept after his death in 2015 by his adult children, Adam and Julie Nimoy, who have now donated the ears to the nation's attic.

Made of none-too-durable polyurethane foam, the ear tips weren't built to last, as DCist points out, and were likely among many pairs sported by Nimoy while making the show. But this set has lived long and prospered for more than 50 years, thanks to the Nimoy family's careful preservation and that protective box.

The ears (and the box) will be stationed in the newly reimagined space exploration exhibit, the Kenneth C. Griffin Exploring the Planets Gallery, when it opens in fall 2022 at the National Air and Space Museum as part of a major renovation.

That $1 billion project, begun in 2018, will include a roughly six-month closure of the very popular National Mall mainstay starting in March 2022. (The museum’s second location, the Steven F. Udvar-Hazy Center in Chantilly, Virginia, near Washington Dulles International Airport, will remain open for the duration.)

When the Smithsonian flagship reopens, eight galleries will be either brand-new or completely redone, according to Smithsonian magazine. The remaining galleries undergoing renovation are expected to be finished in 2025.

But by next fall, new spaces dedicated to lunar exploration and commercial aviation will join spruced-up and rethought standbys such as the galleries on early flight and planetary science.

Visitors will get to feast their eyes on Neil Armstrong's spacesuit, three generations of Mars rovers, and some of the fastest vehicles ever made.

Spock's ears will belong to the museum's "social and cultural history of spaceflight collection," joining other sci-fi highlights such as the original 11-foot studio model of the starship Enterprise that also appeared on Star Trek.