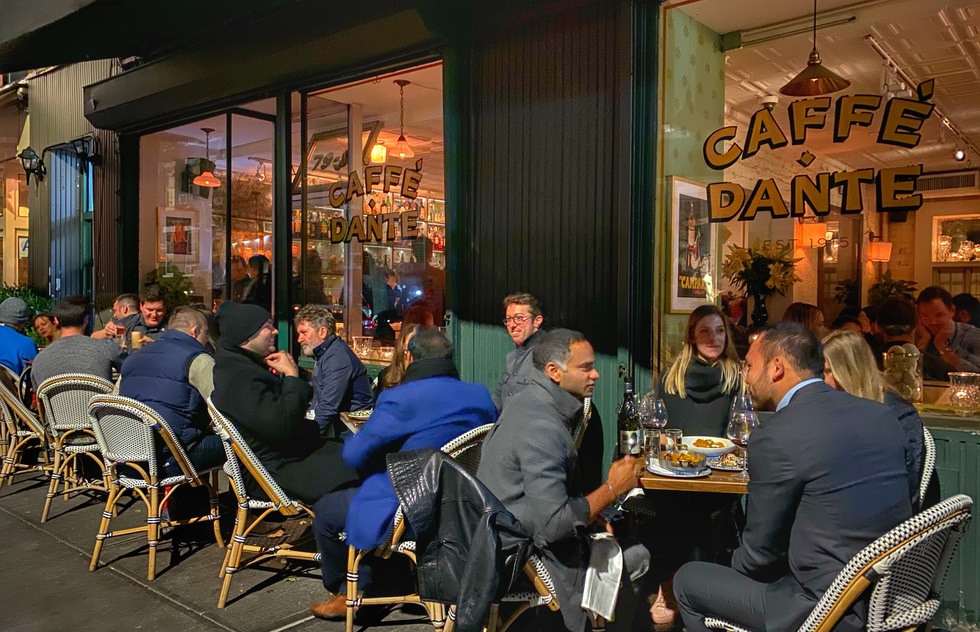 The 50 Best Bars In The World Revealed—But Where's the USA?

Being a barfly is part of my job. Every year, for roughly a month, I become a nocturnal creature, staying out until 3am most nights, researching my city’s nightlife for the next edition of Frommer’s EasyGuide to New York City.

Because last year, that task included waiting on a cold Greenwich Village sidewalk for a good 70 minutes for the right to stand next to the bar—not sit, stand—and order a drink at Caffe Dante, pictured above in 2019. (I never tell the staff why I’m at a restaurant or bar because the experience would change drastically if they knew I was there to review it).

NYC’s nightlife is a hothouse atmosphere, but the excitement surrounding Dante, which had just been named Earth's best cocktail spot by The World's 50 Best Bars organization, was off the charts. And though the wait time was annoying and reservations were impossible to get, the cocktails I had that night, and on subsequent visits, were stellar. The judges knew what they were doing when they crowned Caffe Dante.

This year’s list was released on November 5. Poignantly, many of the winners are temporarily closed thanks to the pandemic.

That goes for this year’s number one pick, The Connaught Bar in London; the United Kingdom has closed all pubs and bars through December 5. (But we featured the Connaught's martini in our collection of the best cocktail recipes from great hotel bars, so you can still taste it at home.)

Because of the bruising blow of global shutdowns, the people behind the list created a recovery fund in partnership with Perrier. Together they’ve raised $1.23 million, which will go mostly to independent bars and restaurants through grants.

And what about Caffe Dante and other New York City bars? Dante has been dropped to the second slot, with four other Big Apple drinkeries taking places in the top 50: Attaboy (#12), Nomad Bar (#13), Katana Kitten (#16), and Employees Only (#38).

Beyond New York City, however, the United States has been shut out entirely. Shockingly, there are no winners from San Francisco, New Orleans, Chicago, or the country’s other great cocktail towns.

Is this because the judges were biased in some way? It’s hard to know, but the list was compiled from the picks of some 540 judges, so you'd think this contest would be hard to rig.

The men and women who did the choosing are from all corners of the globe and are described as "drinks experts, including renowned bartenders and consultants, drinks writers and cocktail specialists from around the world." Each member casts seven votes based on their best experiences of the previous 18 months, and three of their selections must be bars located outside their personal country of residence. Judges can’t vote for any bar in which they have a financial stake, and they are required to remain anonymous when they visit them for a tipple.

So while I'd like to think the U.S.A. deserved another accolade or three, I still want to raise a glass to all the winners, and more importantly, to the recovery fund. Millions of men and women work in bars, restaurants and other types of nightspots, and we want them to have jobs to return to.

On a personal note, I think we'll be in a lonelier, less fun world if we allow our bars to go belly up, so support those you can, and contact your elected officials to push them to pass a much-needed recovery bill for this industry.