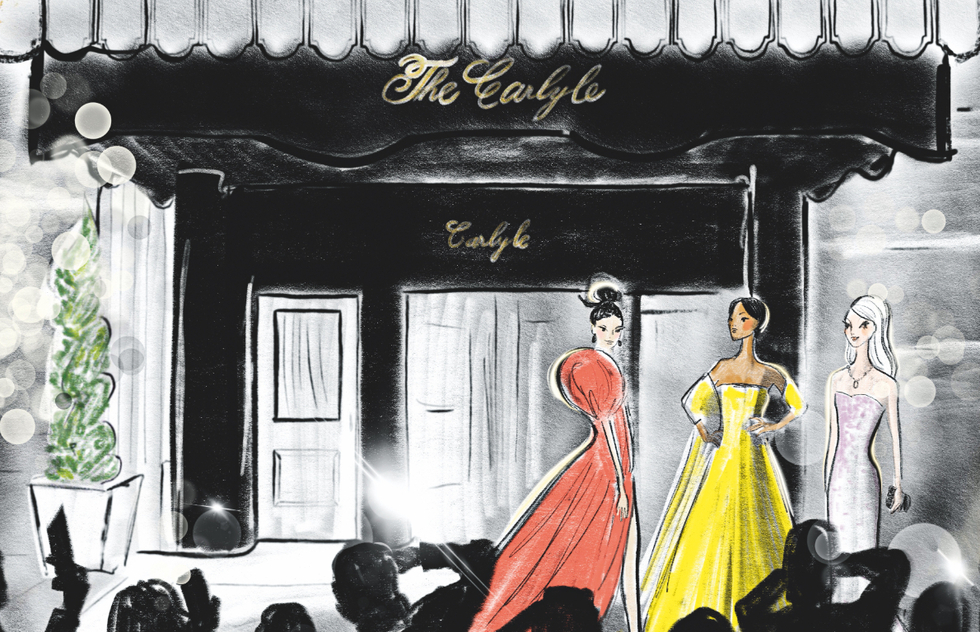 The Carlyle in New York City is the sort of place where a princess, a pop star, and a titan of business might share an elevator.

And we're not exaggerating: Princess Diana, Michael Jackson, and Steve Jobs once did exactly that, as recounted in the 2018 documentary Always at The Carlyle.

A long roster of past and present A-listers have named the Madison Avenue hotel one of their favorite Manhattan haunts, which gets raves for being not only opulent but also homey (it might help that there are a good number of permanent residences in the building).

Prominent guests appreciate as well the famously discreet staff—a must if you're, say, JFK and you're trying to smuggle, say, Marilyn Monroe into your suite. 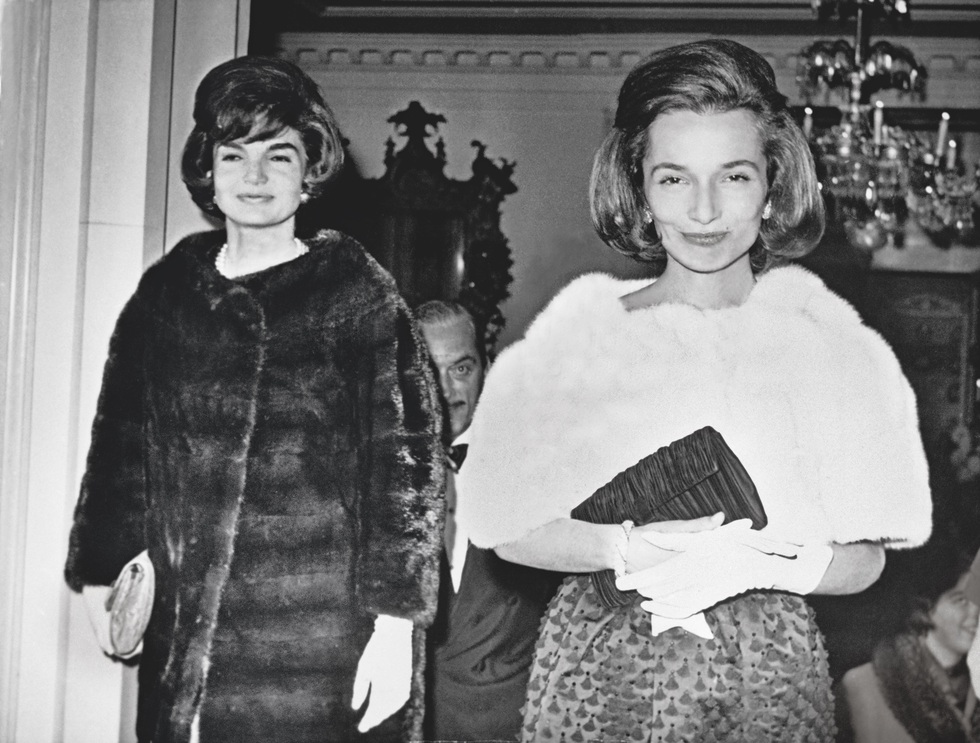 Opened on the Upper East Side in 1930, the landmark hotel turned 90 in 2020. As a slightly belated birthday greeting, publisher Assouline has released an appropriately luxe coffee-table book celebrating The Carlyle with more than 200 photos and illustrations, along with an introduction by Vanity Fair writer-at-large James Reginato and a foreword by musician Lenny Kravitz, who credits the hotel with his very existence.

Kravitz's mother, actress Roxie Roker (The Jeffersons), was hanging out at the Café Carlyle one night, the rock star writes, when she asked the cabaret club's longtime singer-pianist Bobby Short whether she should accept a marriage proposal from one Sy Kravitz, a TV news producer.

According to the eventual result of the union, Short replied, "I don't see anyone else asking." 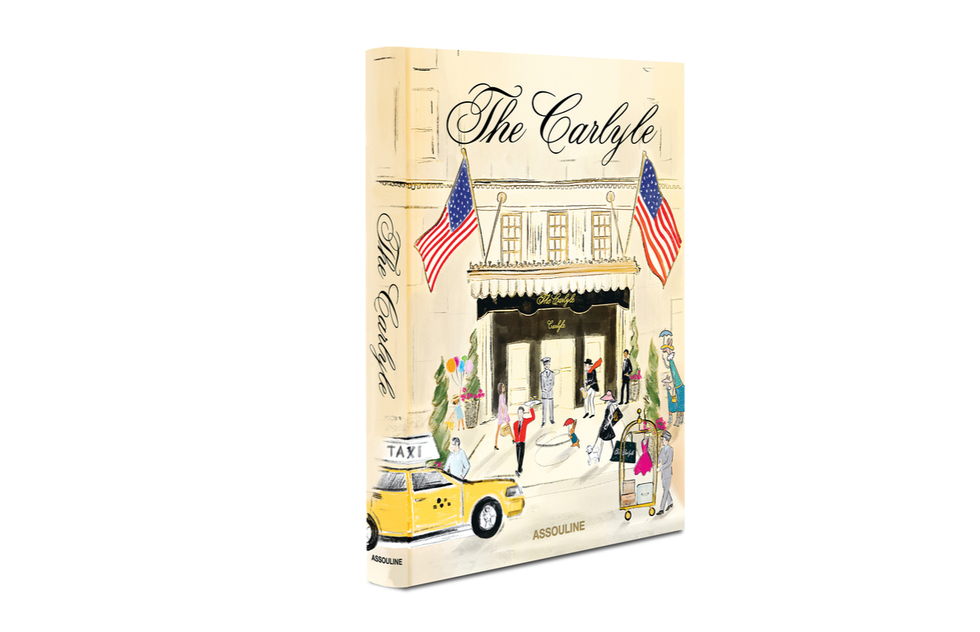 (The Carlyle, published by Assouline)

Many other celebrity endorsements of The Carlyle from fans including George Clooney, Naomi Campbell, Anjelica Huston, and Sofia Coppola are sprinkled throughout the volume. Their written appreciations appear amid scores of recent and archival photos showing off sparkling parties, sophisticated cabaret crowds, avant-garde fashion shoots, and elegant guest rooms and suites, many of which have been overhauled, starting in 2018, by renowned interior designer Tony Chi. 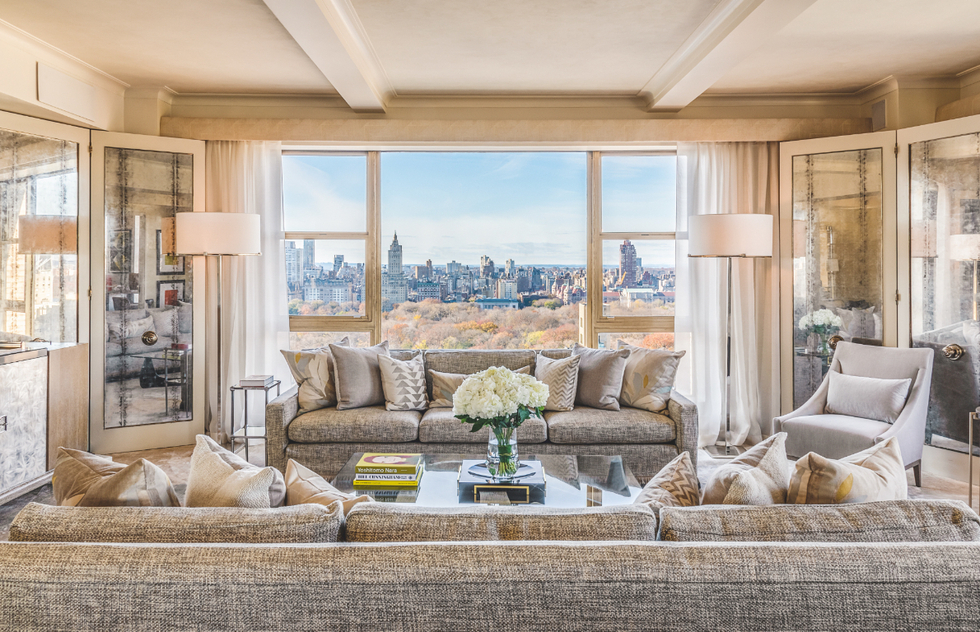 (Living room of the Presidential Suite at The Carlyle hotel in New York City; © Humberto Cantu)

The images capture a key component of The Carlyle's charm: a sense of playfulness that undercuts what might otherwise feel like a stiflingly hoity-toity atmosphere.

Storybook murals by Madeline illustrator Ludwig Bemelmans decorate the bar named in his honor, for instance, while breezy wall paintings by Marcel Vertès supply visual counterpoint to the cabaret performances in the Café Carlyle, where masters of the form such as Short, Elaine Stritch, and Eartha Kitt have all held court.

In addition to being a scrapbook of the fabulous, Assouline's book shines a spotlight on the generations of bellhops, front desk clerks, bartenders, and housekeepers who have worked at The Carlyle.

After all, they're the ones who made the place special—and kept its secrets. 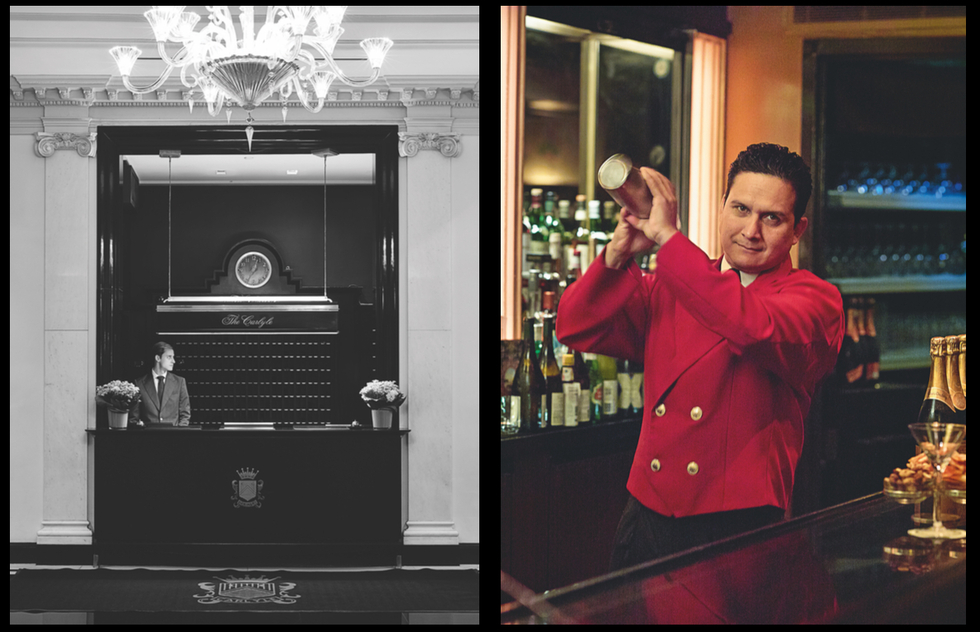 The Carlyle from Assouline is available now for $120. Visit Assouline.com for more information.