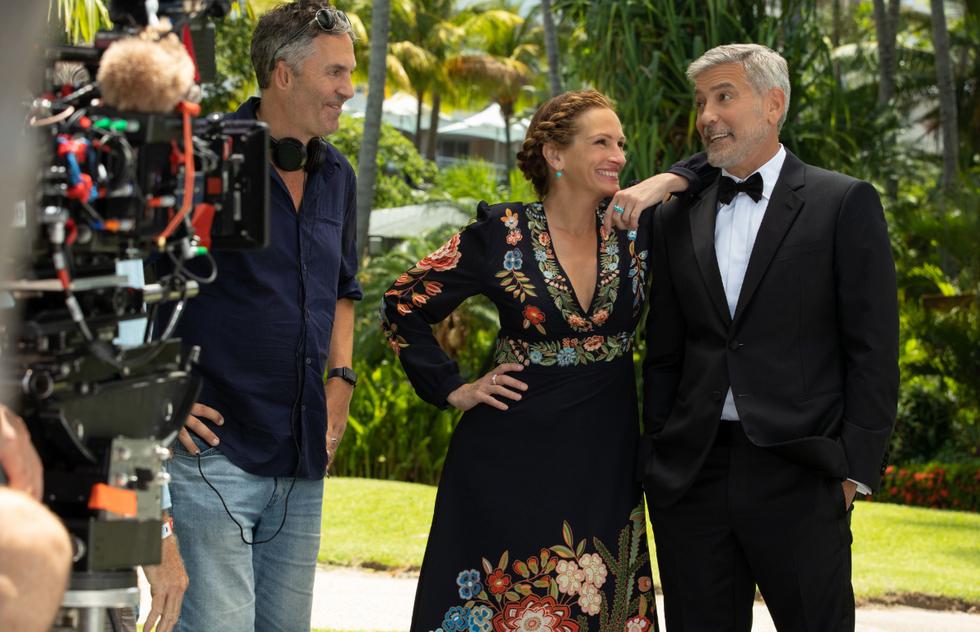 In the romantic comedy, Clooney and Roberts play a divorced couple who team up to stop their daughter (Kaitlyn Dever) from marrying a guy (Maxime Bouttier) in Bali. The young woman has just met the groom-to-be, you see, and the parents don't want their daughter to make the same mistake they made. We're going to go out on a limb here and predict that true love wins out in the end.

Though set in Bali, the film was shot 2,000 miles or so to the east in Australia's northeastern state of Queensland, known for its beaches, islands, rainforest, and proximity to the Great Barrier Reef.

Director Ol Parker has experience when it comes to making one beautiful place look like another beautiful place. He previously used the Croatian island of Vis as a stand-in for Greece when he made Mamma Mia! Here We Go Again.

For Ticket to Paradise, numerous locations in the Whitsunday Islands, Brisbane, and elsewhere in Queensland serve as picturesque settings for the movie's romantic-comedic goings-on.

With an assist from the Queensland tourism office, we've compiled a list of some of the most appealing onscreen locations below. 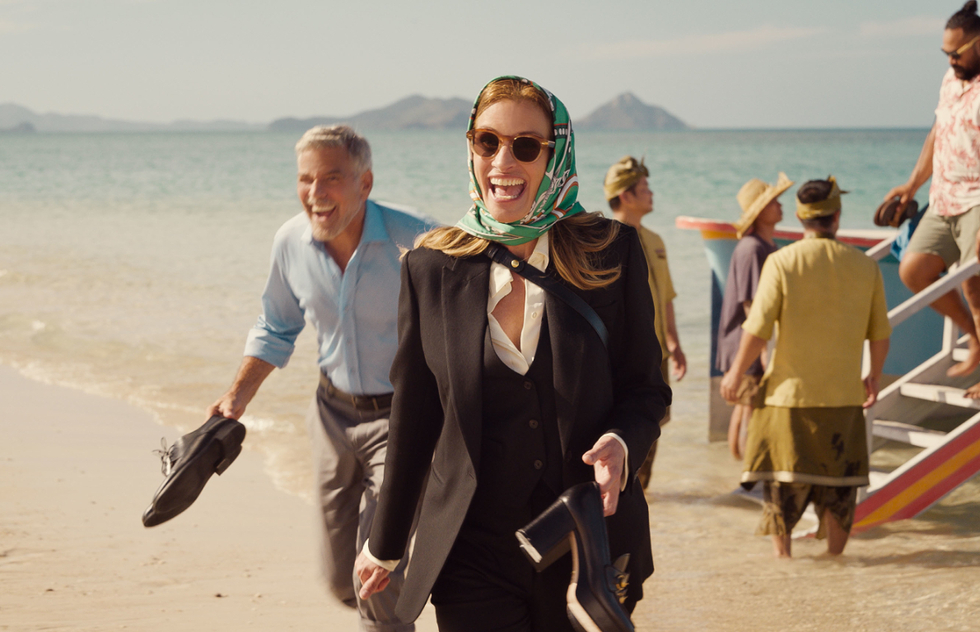 When Roberts and Clooney arrive by boat at their tropical destination in the film, they're actually at secluded Katie's Cove on the northern tip of Haslewood Island in the Whitsundays, the chain of 74 isles dotted amid the Great Barrier Reef. The Pirates of the Caribbean franchise shot footage on the same scoop of sand.

Hamilton Island, another of the Whitsundays, pops up several times in the movie, appearing as a backdrop for a bridal procession and impromptu soccer match on Catseye Beach as well as in scenes filmed amid lush island vistas on the grounds of Qualia, one of the most luxurious resorts in all of Australia. If the movie inspires you to plan your own destination wedding, you can't do much better than this. 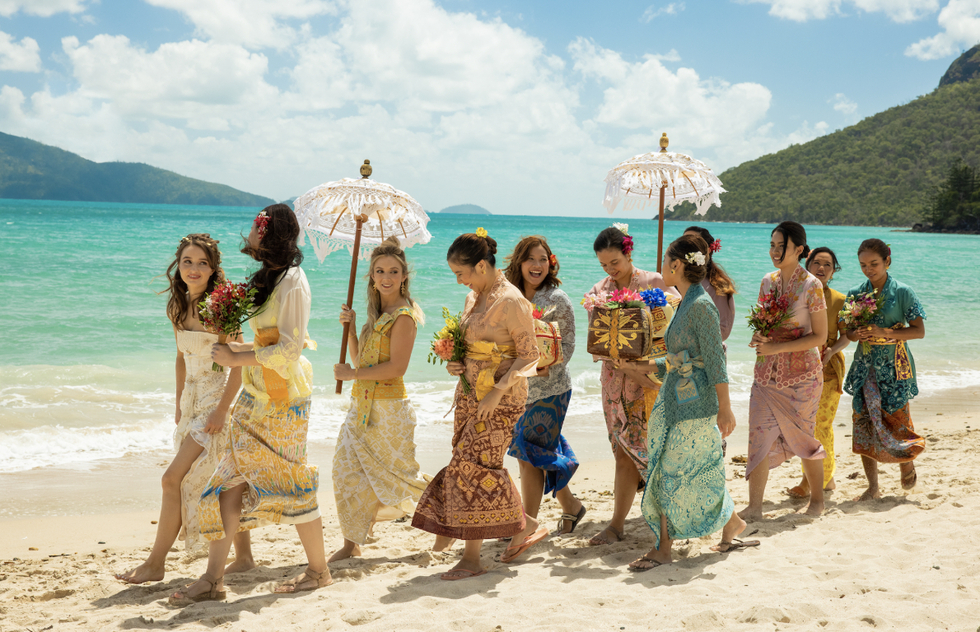 (Ticket to Paradise scene shot at Catseye Beach on Hamilton Island in the Whitsundays of Queensland, Australia | © Universal Studios) 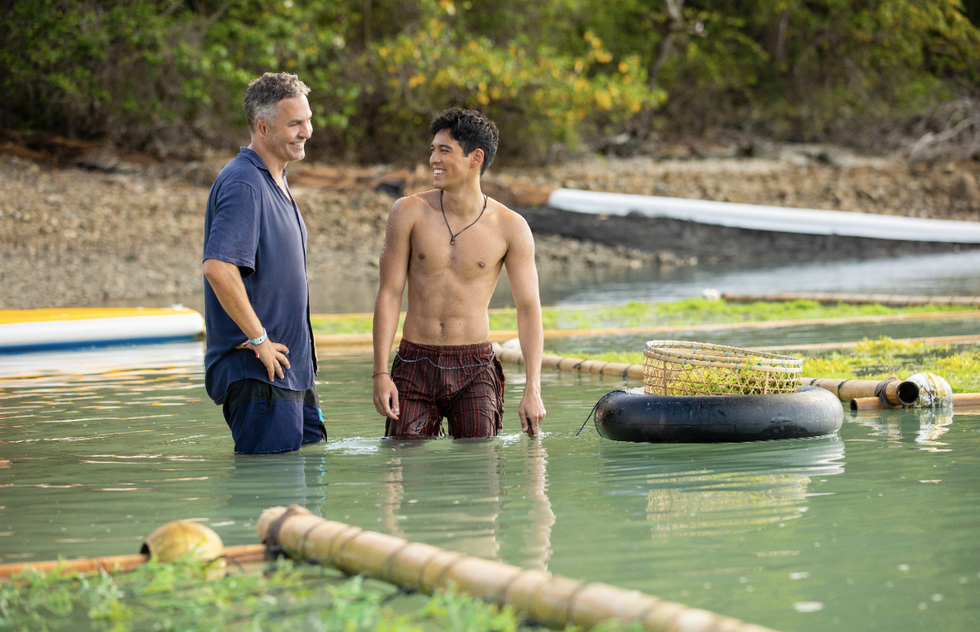 The movie's would-be groom is a seaweed farmer. The waters of the Palm Bay Resort on Long Island play host to some of his crop.

A run-in Clooney has with a dolphin takes place in Lucinda Bay just south of Tangalooma Island Resort, where you can indeed spot bottlenose dolphins and witness their nightly feedings.

The resort sits on Moreton Island, which supplies a spectacular wedding sunset onscreen as well. 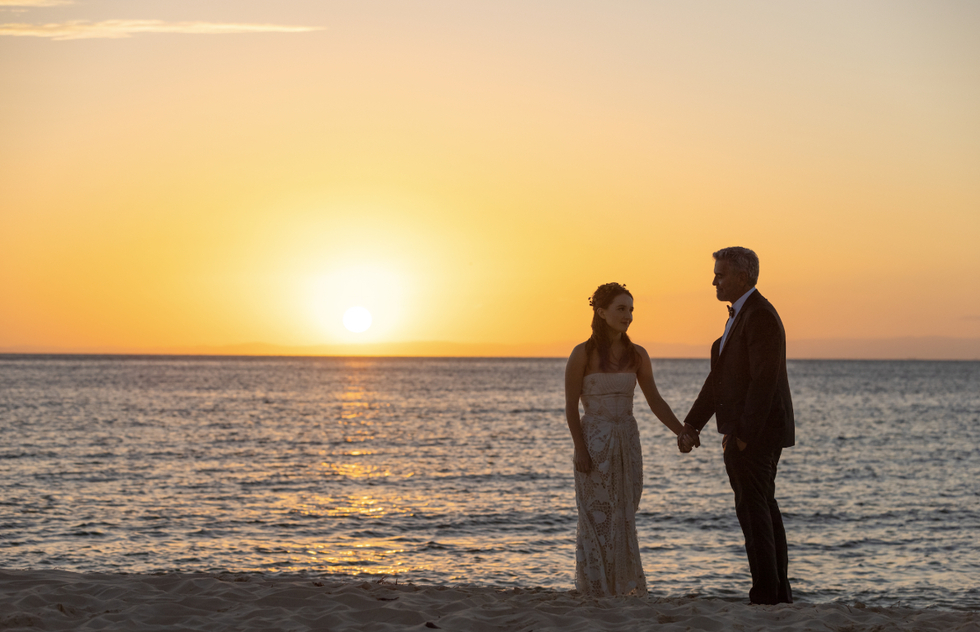 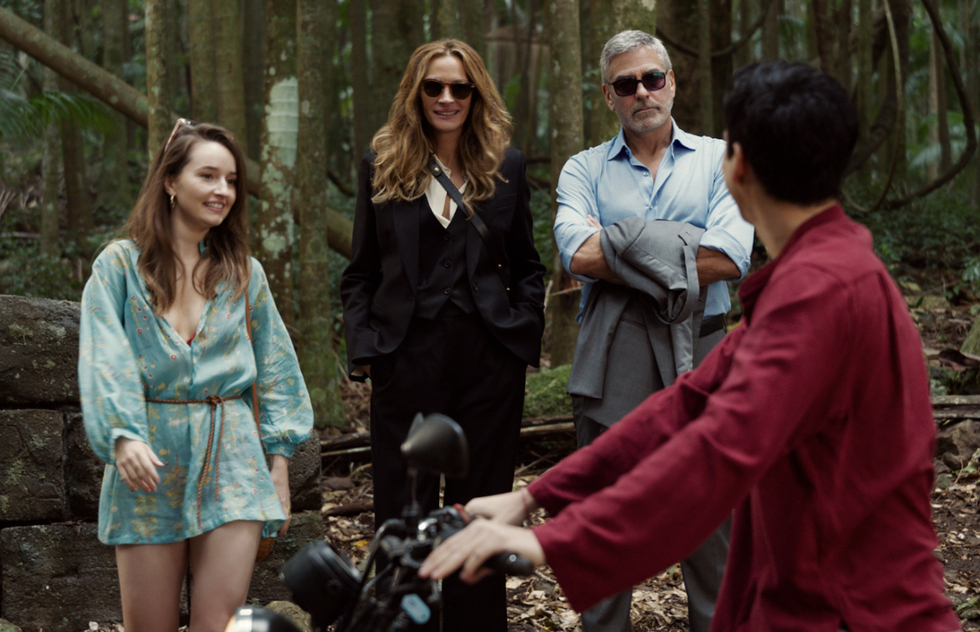 The rainforest of Tamborine National Park, located in the Gold Coast hinterland about 30 miles south of Brisbane, subs for the jungles of Ubud in Bali's uplands. Cast and crew set up shop in a spot not far from the eucalyptus-lined hiking trail to photogenic Curtis Falls. The area's other lures include vineyards, art galleries, and rugged adventures on the park's namesake mountain.