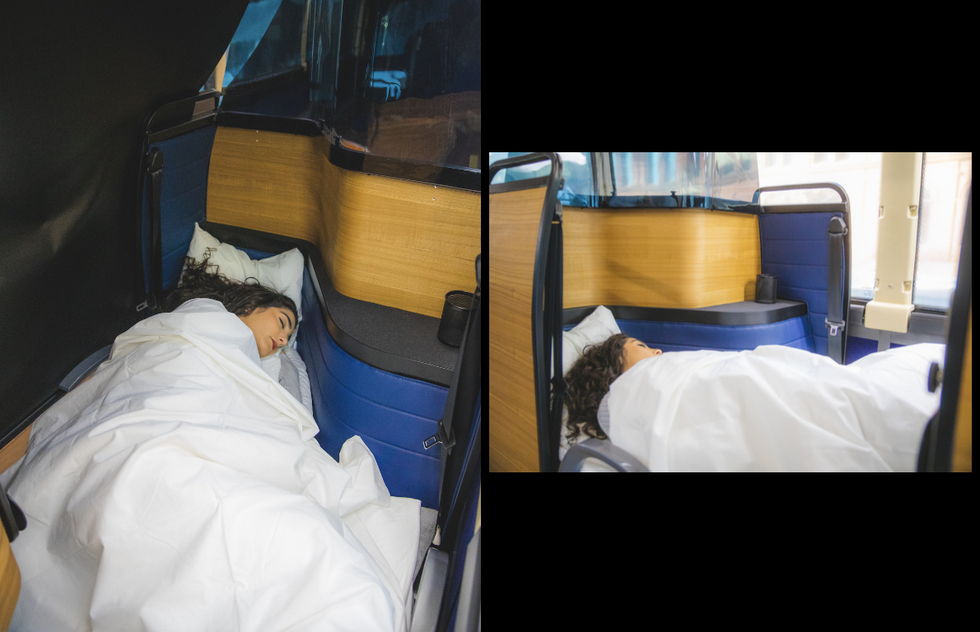 Known as Napaway Coach, the start-up offers passengers rides on a bus equipped with 18 "private suites," each with two seats that can be converted into one lie-flat bed (pictured above) measuring 6.5-feet long and 40 inches wide.

You also get a memory foam mattress pad, bedding, pillows, and other sleep-friendly amenities. Each unit has a pull-down privacy screen and, in case you want to work or wind down before nodding off, you can access high-speed Wi-Fi and an onboard entertainment library from your seat.

The bus will depart from 131 M St. NE in D.C. on Friday nights at 10pm, arriving at 421 Rep. John Lewis Way N in Downtown Nashville around 7:30am the following morning.

The return coach leaves Nashville on Sunday at 8pm and pulls into Washington around 7:30am the next day. 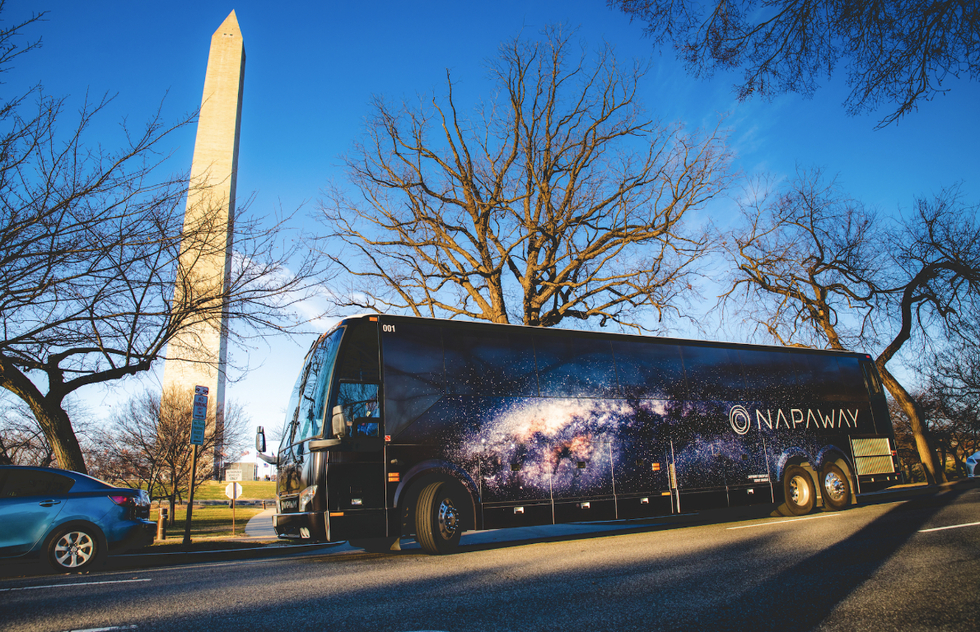 Flights between the two cities, on the other hand, take less than two hours but usually cost more unless you fly Basic Economy, in which case you likely won't get overhead bin space for a carry-on and definitely won't get room to lie down (or, for that matter, stretch your legs).

As for other ground-based options, Amtrak can cost about as much as flying on that route, and Greyhound's bus service, though easily the cheapest option (about $65 during the week and around $90 on weekends), will take as long as Napaway but without the comfort.

In a news release, Napaway founder Dan Aronov touts the stress-free and convenient aspects of his coach service.

"We’re trying to eliminate all the dead time involved in traveling, like spending most of a day in transit for a flight that might only take an hour or two in the air," he says. "With Napaway, there is no wasted time. You just board, relax, sleep, and arrive at your destination.”

There are “no airports, no security lines, nobody sitting next to you, no stress, and no last-minute rip-offs," he adds.

According to the company, weekday service and routes between other cities will be announced soon.

For more information or to book tickets, go to Napaway.com.