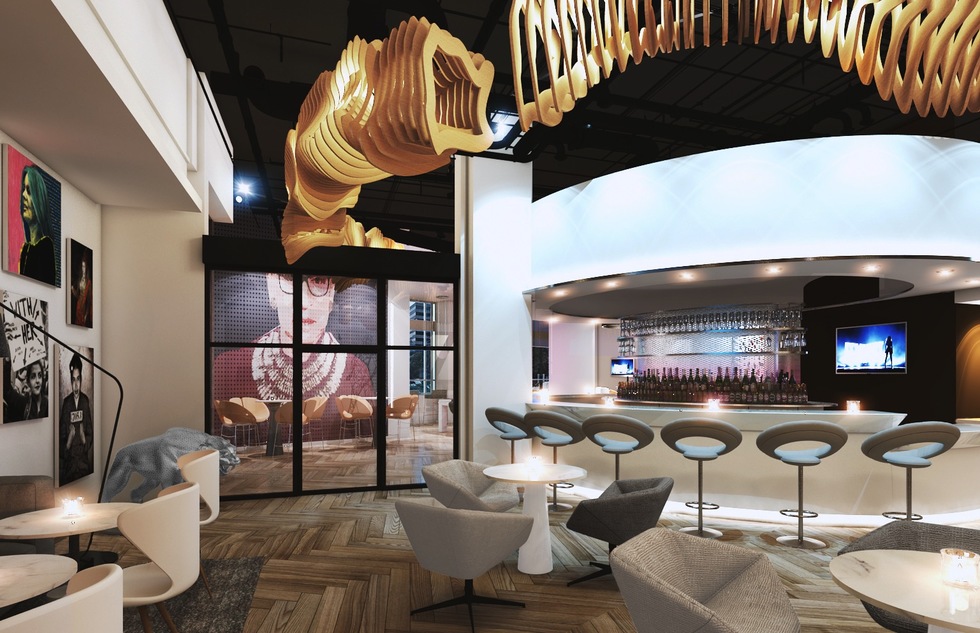 August of 2020 will mark the 100th anniversary of the ratification of the U.S. Constitution's 19th Amendment, which gave women the right to vote.

A new hotel in Washington, D.C., might be the perfect place to stay if you're planning to celebrate that centennial.

When it opens in D.C.'s trendy Logan Circle neighborhood this spring, Hotel Zena will be the "first hospitality establishment solely dedicated to celebrating the accomplishments of women," as Pebblebrook Hotel Trust claims in a press release. The company is developing the 191-room property, previously the site of the Donovan Hotel, on behalf of Viceroy Hotels & Resorts.

Guest rooms are being redone in a kind of zen-modern style that's supposed to suggest "an atmosphere of strength and femininity," while public spaces, which include a cocktail lounge and rooftop pool, are decorated with artworks depicting feminist icons as well as more abstract symbols of a "nurturing, maternal spirit.”

There's a big mural of Ruth Bader Ginsburg and a 50-foot-long sculpture of a winding serpent, a metaphor for feminine wisdom in some cultures.

A program of cultural events and live music from local acts will fit in with the theme as well.

Though the hotel can be seen as part of a wider trend toward women-centric travel experiences, it should be noted that guests of any gender expression are welcome. This is not a no-boys-allowed situation.

Hotel Zena is currently accepting reservations for as early as June 1. Room rates start at $256 per night.