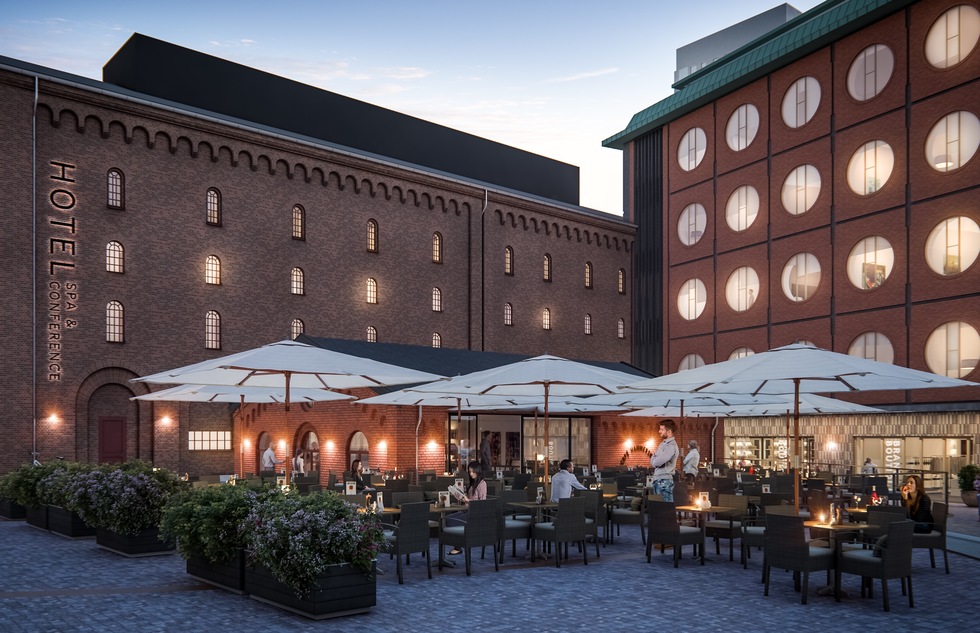 What? Self-Disinfecting Hotel Rooms Open in an Old Danish Brewery

Part of Copenhagen's iconic Carlsberg brewery, where the Danish pilsner was made from 1847 to 2008, has been transformed into a stylish new hotel.

The 155-room Hotel Ottilia, named after the wife of Carlsberg founder Carl Jacobsen, occupies two red brick buildings in the complex, situated near the Copenhagen Zoo, galleries, and trendy Nordic restaurants of the Vesterbro district. The Carlsberg Visitor Centre is closed for renovation but is slated to reopen in 2020 with a refreshed brewery tour and dining options.

Part of the local Brøchner Hotels chain, the Ottilia has a contemporary industrial look, combining hard and soft surfaces (leather, ceramic tiles, stucco) with original architectural elements including huge round windows in many rooms and suites. On the rooftop terrace, there's a bar, Italian restaurant, and indoor/outdoor seating with views of the city. 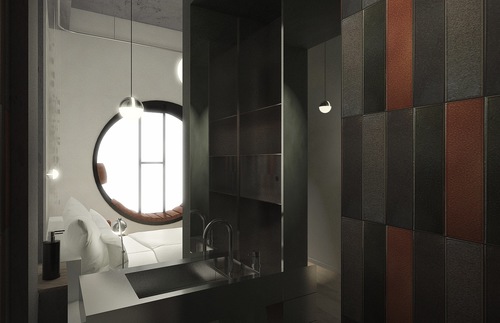 That's all appealing enough, but the hotel has another cool feature that you can't see in a photograph.

As part of Brøchner's focus on sustainability, guest rooms have been sprayed with a transparent, odorless, antibacterial compound called CleanCoat, which was developed by Denmark's ACT.Global. Activated by sunlight, the green technology breaks down harmful microbes and allergens without requiring harsh chemicals or any work from housekeeping staff.

In effect, the rooms disinfect themselves each day.

The system, which was first introduced at Brøchner's nearby Hotel Herman K, is designed to last for a year. As Bloomberg points out, that means the hotel will have to empty all the rooms of furniture and reapply CleanCoat again each and every year—a daunting undertaking that other, larger hotels may be reluctant to adopt.

To breathe the Hotel Ottilia's clean air for yourself—or raise a Carlsberg in the beer's former home—book a room through the property's website. Nightly rates start at DKK675 (US$103).