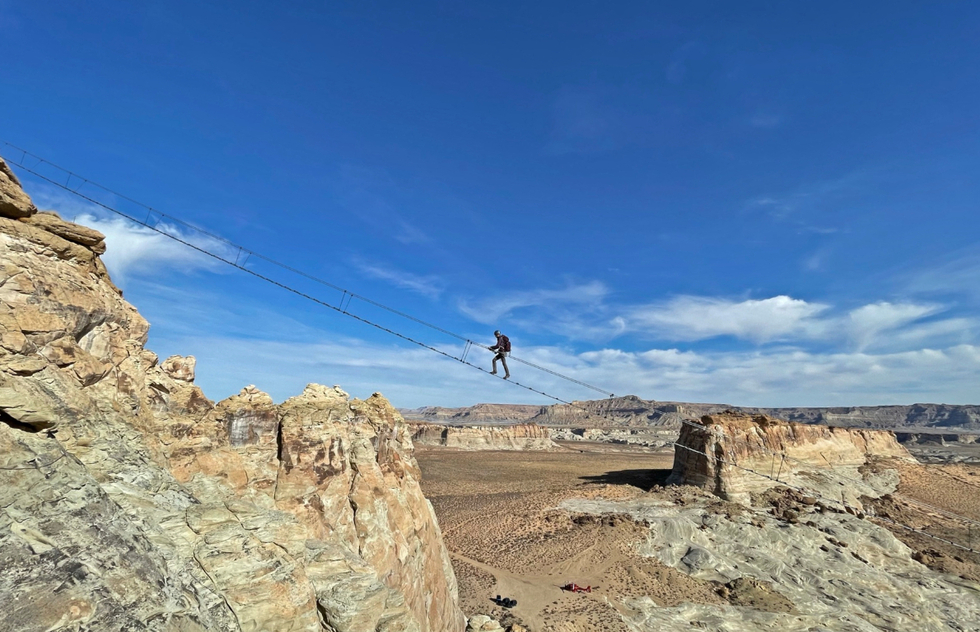 Would You Climb This Heart-Stopping Sky Ladder 400 Feet Above the Utah Desert?

Thrill chasers who are no longer moved by the prospect of crossing yet another trembling suspension bridge dangling hundreds of feet over a gorge have a new way to get the spine tingling again.

Southern Utah's ultra-luxe Amangiri resort, set on 600 arid acres near Grand Staircase-Escalante National Monument, has unveiled the new Cave Peak Stairway, which is like a suspension bridge, only more hair-raising because it's on an incline.

Each of the sky ladder's 120 steps are made of "thin but supportive slats of metal," as Bloomberg describes it, with the apparatus connecting to a wire skeleton that hangs around 400 feet (depending on where you are in the ascent) over a desert expanse of striated mesas and reddish rock formations we wouldn't dare look down at if we were you.

At 200 feet in length, the aerial stairway is the longest of its kind in the northern hemisphere, Aman Resorts claims in a press release. 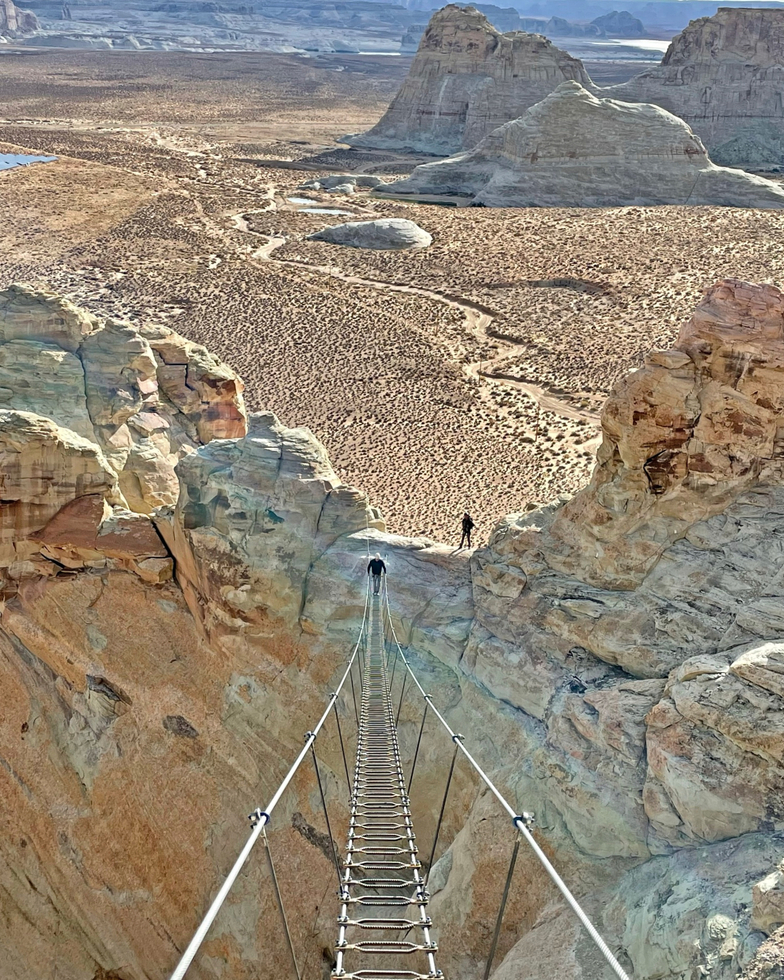 Even getting to the walkway is a challenge.

You have to take one of the resort's "via ferrata" trails modeled on hiking and climbing courses in the Italian Alps. At certain points along the route, participants have to pull themselves along using metal rings and cables attached to the cliffs.

We're sure the far-reaching vistas along the way are incredible. On the other hand, we might prefer the ground-level view from the resort's acclaimed spa or glamping tents.

To book the guided, 3-hour Cave Peak Via Ferrata Trail that culminates in the aerial stairway, contact Amangiri's experiences desk.