On your second day, head downtown to see where the city began, Lady Liberty and its most sobering, but popular, sight: Ground Zero.

1. Statue of Liberty and Ellis Island
Whether or not you’ll get to tour both depends on how early you can get to the ferry terminal and how large are the crowds. Having advance tickets up to the crown is a good reason to get off at Liberty Island, though there's now an excellent museum on the island, too (it opened in spring of 2019). But if the stars aren’t aligned or you miss the first ferry of the day, take in the view of Lady Liberty from the ferry (without disembarking) so you can spend the bulk of your time at Ellis Island, the famed portal to the “New World” for millions of immigrants (see below). It’s the more compelling visitor experience of the two, even with the new museum. 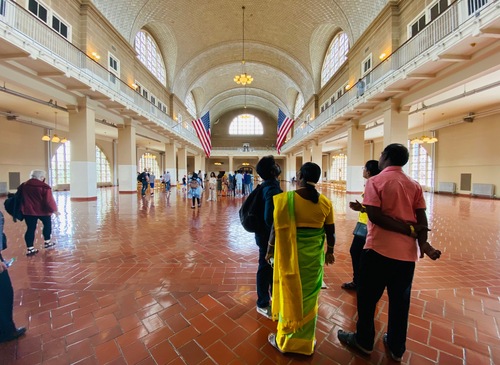 2. Wall Street
Back on the isle of Manhattan, walk uptown to the Financial District. Along the way you’ll see structures such as Castle Clinton National Monument in Battery Park—it’s what’s left of a fort built in 1808 to defend New York Harbor against the British—and the impressive U.S. Customs House, which houses the Museum of the American Indian. Once on Wall Street, stop for a photo op at the Federal Hall National Memorial, where George Washington took the oath of office as our first President (his statue is in front), and the New York Stock Exchange (see below) across the street, with the famed Fearless Girl statue in front of it. Unfortunately, the Exchange is no longer open for tours. 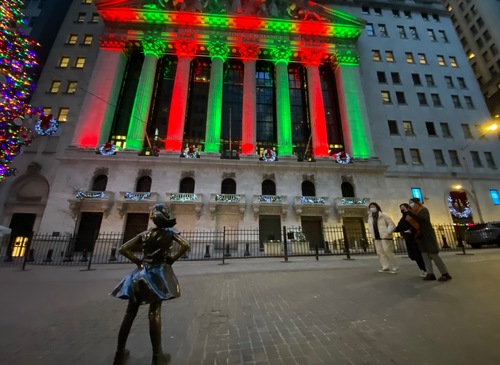 Walk west past Broadway to Rector Street and turn right, walking uptown until you reach Ground Zero. Follow the signs to the entrance.

3. National September 11 Memorial and Museum
Be sure to get advance tickets to the National September 11 Memorial, as the line for day-of entry admission can take up to an hour, and that’s on top of the 20 minutes it takes to get through security here. Still, the opportunity to pay your respects to all those who perished, and tour one of the finest (if most shattering) history museums in the United States, is not to be missed..

Exit the site and head east towards Broadway and Fulton Street, to the Fulton Street subway stop. There, you’ll hop a 4 or 5 train to Brooklyn Bridge, switching to the 6 train to the Canal Street stop. Get off the train and start walking east on Canal to:

4. A Chinatown Lunch
If you surf to the restaurant recommendations on this site, you’ll find four top choices mentioned in Chinatown, all of which are open for lunch. Grab a bite at one of these, and then wander through this fascinating neighborhood for a bit.

Walk or take the M103 bus uptown to Delancey Street, at Delancey turn right and walk to Orchard Street, passing Chrystie, Forsyth, Eldridge, and Allen streets to the:

5. Lower East Side Tenement Museum
The perfect follow-up to Ellis Island, this time capsule of a Lower East Side tenement is now an innovative museum that explores what it was like to be an immigrant in New York City between 1863 and the early 1930s. It’s an extremely moving place to visit. You’ll need advance reservations to take the 1-hour guided tour of the museum (the only way to see it). 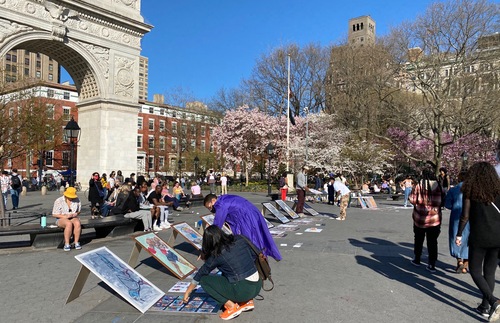 6. Washington Square Park
As the sun starts to set, head to this carnival of a park, where street musicians are always performing and crowds of Villagers and NYU students gather. Spend some time relaxing here before heading somewhere in the vicinity for a terrific dinner (the restaurants downtown are the best in the city). Choose from one of the restaurants listed on this website as being in either the Village, SoHo, Nolita, Union Park/Flatiron District, the Lower East Side, or the East Village.