Opened in 1949 next to the 18th-century Fort of San Gerónimo at the mouth of the Condado Lagoon, the Caribe Hilton holds the distinction of being the first modern luxury hotel in Puerto Rico as well as the first Hilton built outside the continental United States. The hotel claims the piña colada was invented here, too.

The tropical, mid-century modern glamour of the property attracted movie stars and socialites, helping to kick-start the island's era of mass tourism. 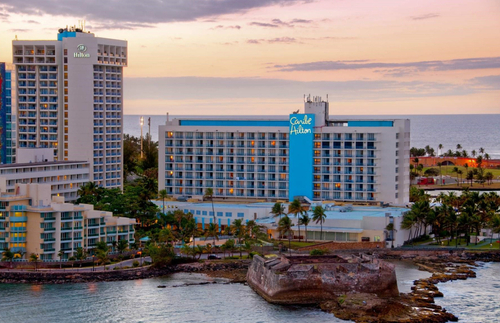 Over the decades, the hotel has expanded to three towers and a total of 652 rooms, some of which have balconies and ocean views. Following the devastation wreaked by Hurricane Maria in 2017, a $150-million makeover completed about two years later brought additional fortifications to protect against future storms as well as updated (though not very distinctive) décor in soothing shades of blue, white, and seafoam in the guest rooms. 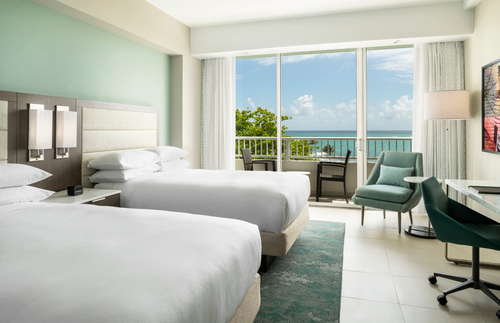 Also new: a state-of-the-art spa and several dining options. Altogether, there are nine of the latter, including a breakfast buffet and restaurants serving Caribbean fusion, Italian, and traditional Puerto Rican fare.

But for all the changes, the hotel has retained links to its storied past, with displays of vintage photos in the lobby, peacocks strutting through the tropical landscaping as always, and, in the glass-fronted Caribar, servings of that seminal piña colada, made according to the recipe created by Caribe Hilton bartender Ramón "Monchito" Marrero in 1954. 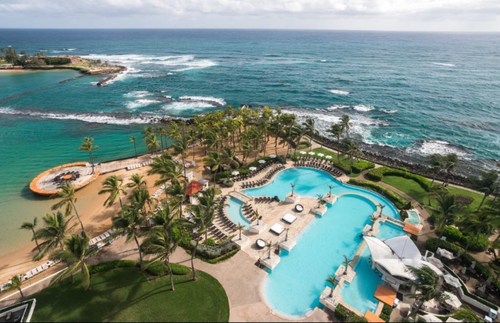 Outside, two huge swimming pools (one with a swim-up bar), a secluded beach, hot tubs, and a cluster of hammocks dangling from palm trees all invite oceanside basking.

View our full list of Hotels in San Juan
advertisement