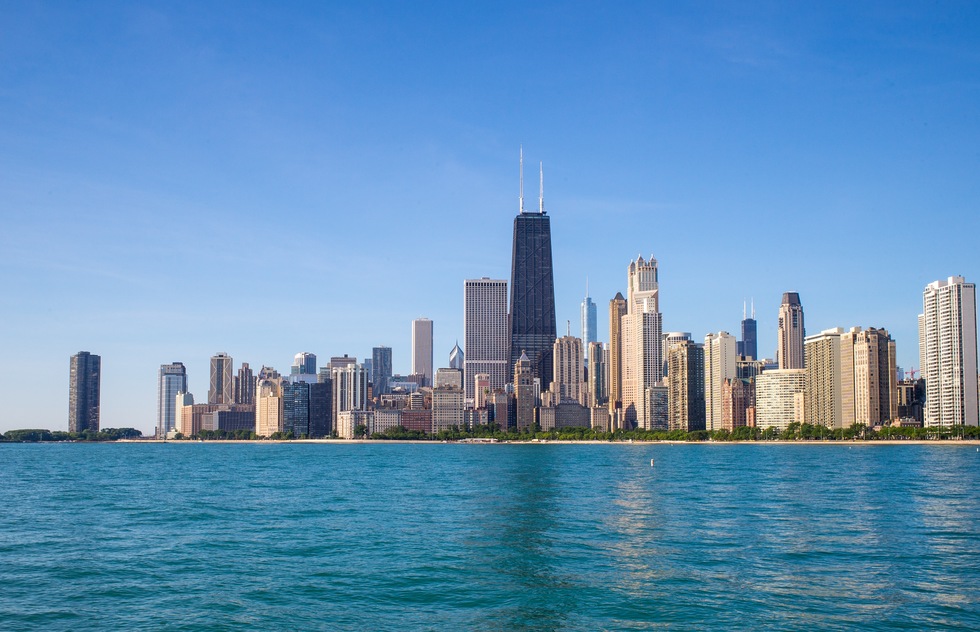 Visiting Chicago? You're Doing It Wrong

Here’s a typical tourist's sightseeing itinerary for Chicago: After some shopping on the Magnificent Mile, you snap your photo next to "the Bean" in Millennium Park, drag yourself through a couple lakefront museums, stroll along Navy Pier, give yourself vertigo at the top of the Willis (née Sears) Tower, scarf down some deep-dish pizza, remark that it’s not as good as everybody says, and then guffaw your way through a comedy show at Second City. And now you’ve done Chi-Town, right?

First of all, don’t ever call it “Chi-Town.” Second, you’ve only seen a tiny fraction of the city (downtown and environs), and only the most touristy parts at that. You’ll probably leave praising Lake Michigan and the skyline, but you won’t have a good feel for why Chicagoans are so fiercely—some would say rabidly—fond of their hometown. And for that, you’re going to have to see the place like a local. Lucky for you, we’ve got some ideas for how to do that. 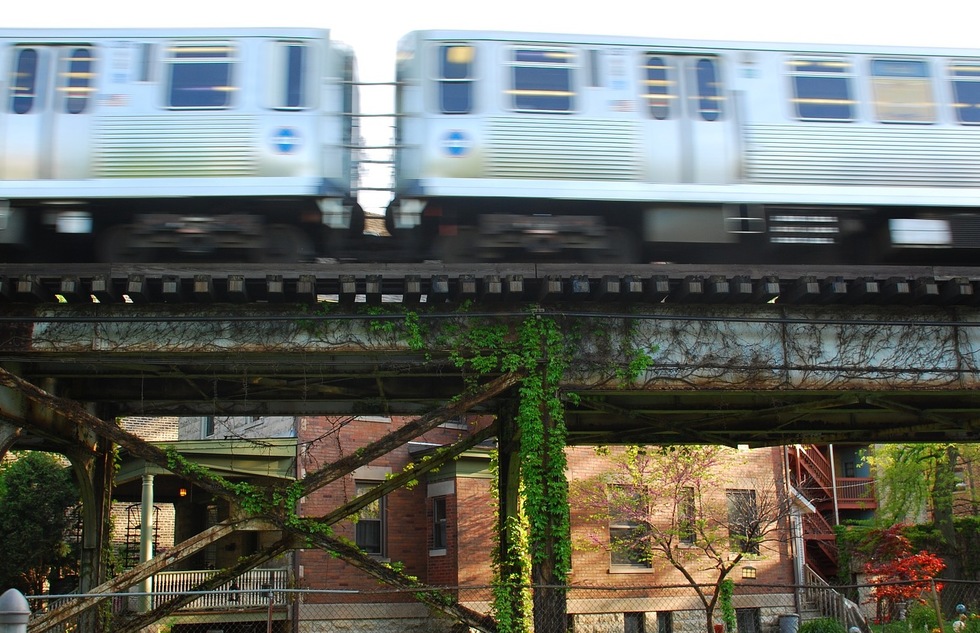 Pixabay
Get out of the Loop

Downtown Chicago is where the City That Works gets much of its work done, in the historic and innovative office buildings that have earned Chicago’s reputation as one of the world’s leaders in architecture (as any tour guide will tell you, the skyscraper was born here). But generally speaking, Chicagoans don’t usually spend their leisure hours in the city’s center; it’s where they do their jobs and take relatives who are visiting from out of town.

Once you’ve seen what there is to see—architecture tours on the Chicago River, the Art Institute, and the three stately Museum Campus icons dedicated to natural history, stargazing, and marine life are your best bets—consider hopping on an el train and exploring some of the city’s numerous neighborhoods, each of which has its own distinct personality. You’ll find secluded beaches and pockets of South Asian culture in far north Rogers Park, craft cocktails and leafy boulevards in hipper-than-thou Logan Square, and small museums, green spaces, and Obama-related sites in Hyde Park. Three neighborhoods down, seventysomething to go. 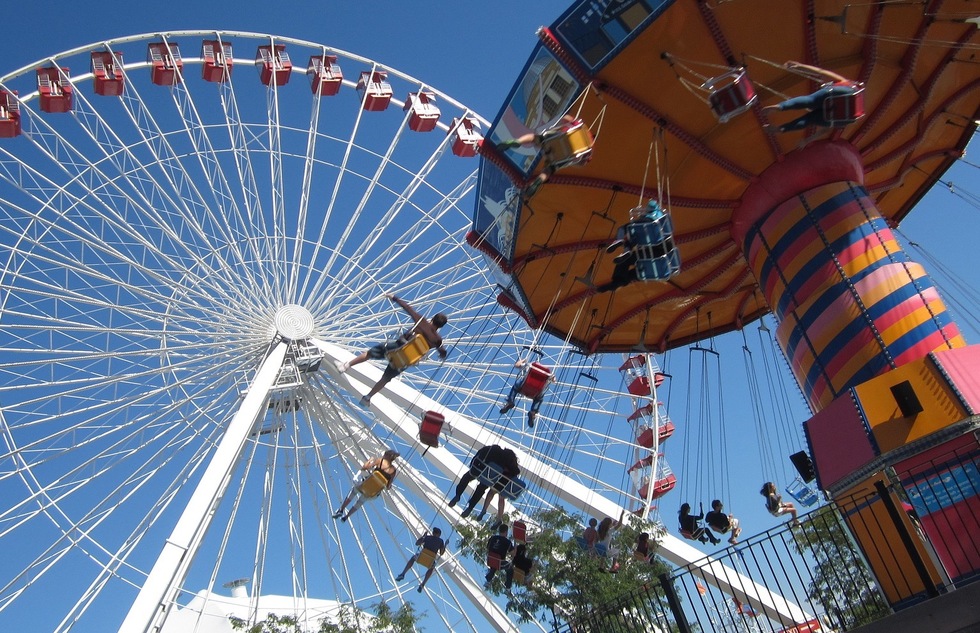 Pixabay
Pass on the Pier

Each year, around 9 million people visit Navy Pier, and there’s no good reason why. A string of chain restaurants, tacky souvenir stands, and a few carnival-style attractions, the waterfront promenade in Streeterville on the Near North Side has a gorgeous location between Lake Michigan and the skyline, but it’s squandered on t-shirt shops, a Margaritaville outpost, and other businesses that have little to do with Chicago and everything to do with separating tourists from their money (Chicago Shakespeare Theater is a rare exception). A revamped and updated Navy Pier has been in the works for years, but until that project is complete you can find more rewarding and less crowded family-friendly fun in the parks and beaches lining the lakefront or at the highly interactive Museum of Science and Industry in Hyde Park.

Photo: The Ferris wheel visible here was replaced by a bigger, faster model in 2016. 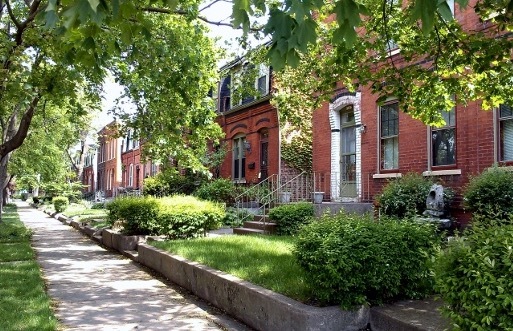 Sheila Scarborough / Flickr
Don't be afraid of the South Side

Chicago’s widely reported struggles with poverty and violence are no myth. But the stereotypical view of the South Side as an uninterrupted hellscape of bullets and blight is a far from complete picture of America’s most misunderstood urban area. The vast and varied swath of the city south of the Loop has plenty of cultural, historical, natural, and culinary offerings that deserve as much attention as their better known North Side counterparts. Of particular interest: the taquerias and art galleries of Latin-flavored Pilsen; the graceful Victorian architecture of the Pullman District (pictured above), the country’s first planned industrial community (now a national monument); and the remarkable Stony Island Arts Bank, a former savings-and-loan transformed into a vibrant space for visual art exhibits, media archives, and unique collections such as Chicago-bred house music on vinyl and a handsome library that once belonged to the publishers of Ebony and Jet magazines. 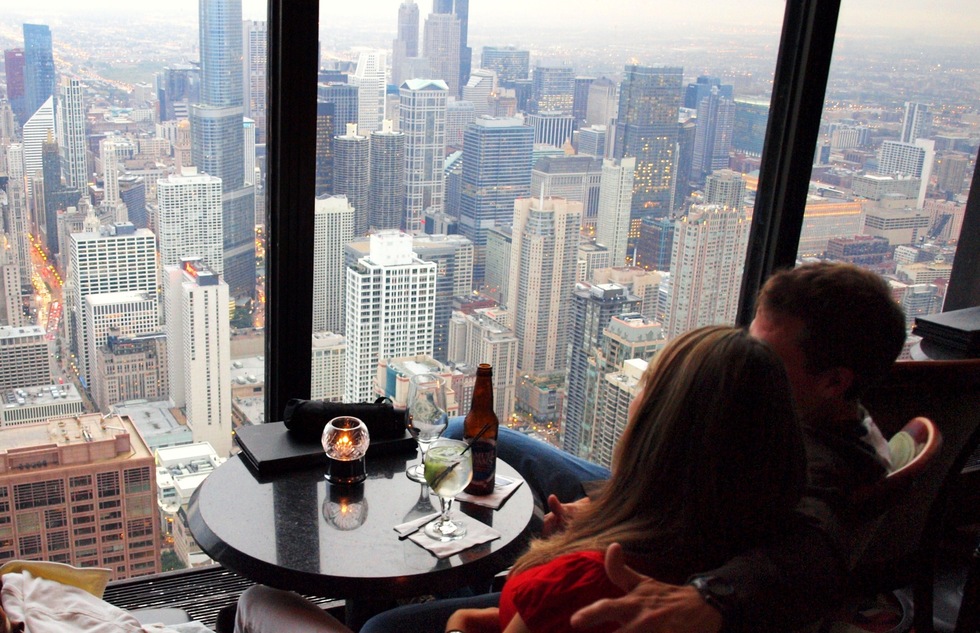 The Willis Tower (known as the Sears Tower until 2009) is no longer the tallest building in the world or even the tallest in the Western Hemisphere—though Chicago Mayor Rahm Emanuel did once try to dispute One World Trade Center’s claim to the latter title, arguing that the spire on that Manhattan building shouldn’t count toward the total height. His efforts notwithstanding, there are really no bragging rights to be gained anymore by traveling to the Willis Tower’s Skydeck, even if you venture onto its slightly nauseating glass-bottomed balcony, the Ledge.

For our money—and all of these skyscraper observation decks take way too much of it—a better option can be found near the apex of Michigan Avenue’s John Hancock Center. In the Signature Room and Lounge on the 95th and 96th floors (pictured), you can look out on similarly stratospheric views of the city and the lake, with the added benefit of having a menu of classic cocktails to choose from. Sure, the drinks are overpriced, but it’s a more elegant alternative to getting jostled by Willis Tower’s crowds amid the clouds. 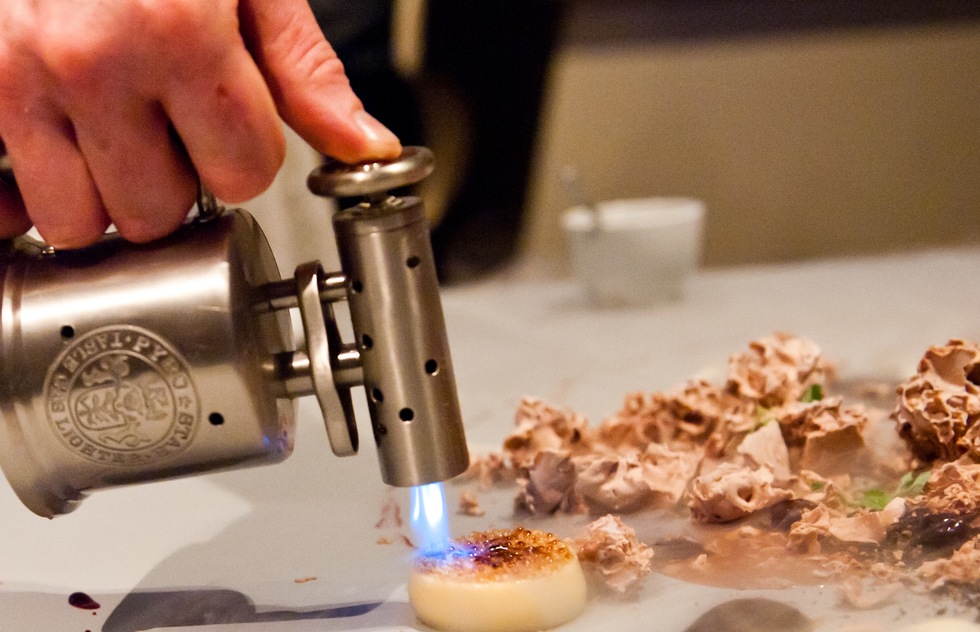 If you limit your explorations of Chicago cuisine to such standbys as overloaded hot dogs, sopping Italian beef sandwiches, and brick-thick deep-dish pizza, you’ll be 1.) putting a lot of strain on your heart and 2.) missing out on one of the most robust food scenes in the country. Expand your culinary horizons with visits to Michelin-starred restaurants such as gastropub standard-setter Longman & Eagle, Grant Achatz’s molecular-gastronomy extravaganza Alinea (pictured), Iliana Regan’s foraging showcase Elizabeth, and Beverly Kim and Johnny Clark’s Korean-American blockbuster Parachute. As you explore the city, keep an eye out, too, for local delicacies like paczkis—a Polish pastry made with fried dough—and jibaritos, which are greasy, garlicky Puerto Rican sandwiches made with fried plantains instead of bread. 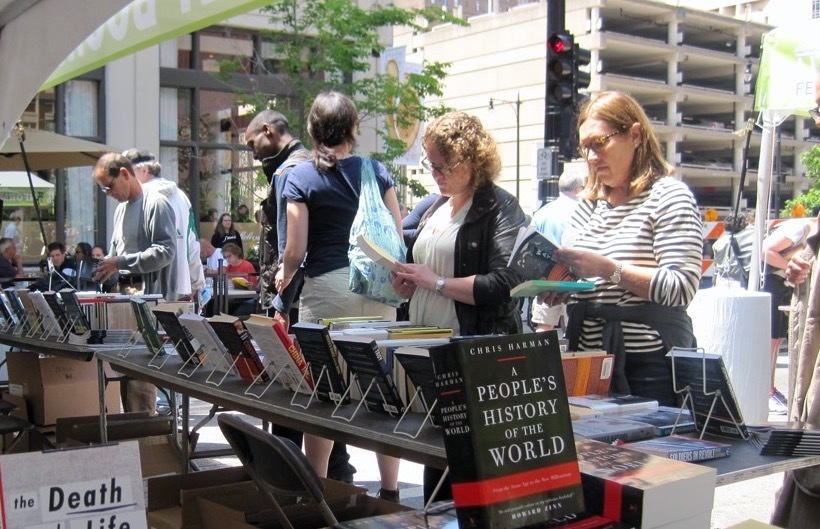 The winters can be brutal in Chicago. So it’s no wonder locals do their darnedest to make the most of summer. In addition to a bustling lakefront in the warm months, that means street festivals—lots of them. Among the scores of outdoor neighborhood events celebrating cultural heritage, art, music, and food, here are a few of the best, listed according to when they’re usually scheduled each year: 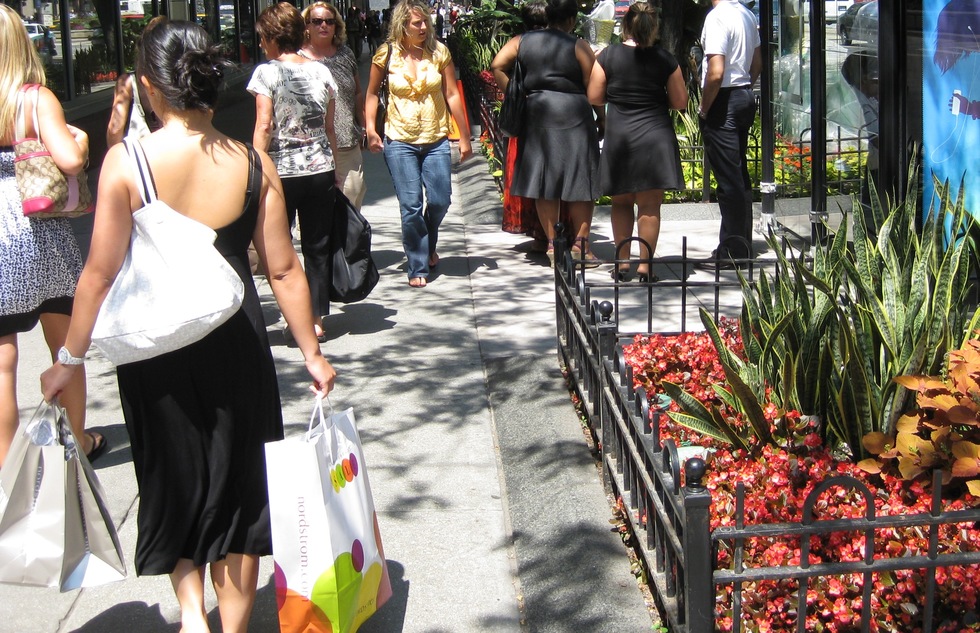 On Chicago’s busiest shopping corridor—North Michigan Avenue between Oak Street and the Chicago River—you’ll see all of the big names in fashion and retail: Chanel, Neiman Marcus, Apple, Disney, and so on. But it’s not the sort of place you go in search of stuff you could buy elsewhere. If that’s your idea of a useful retail therapy session, head to a pedestrian-friendly neighborhood like Andersonville, Bucktown, or Lincoln Square and take your pick of the many independent purveyors of home furnishings, clothing, and gifts. While you’re in Lincoln Square, be sure to make time to check out the old-timey Merz Apothecary for health and beauty potions and the Book Cellar to browse the city's best bookstore. 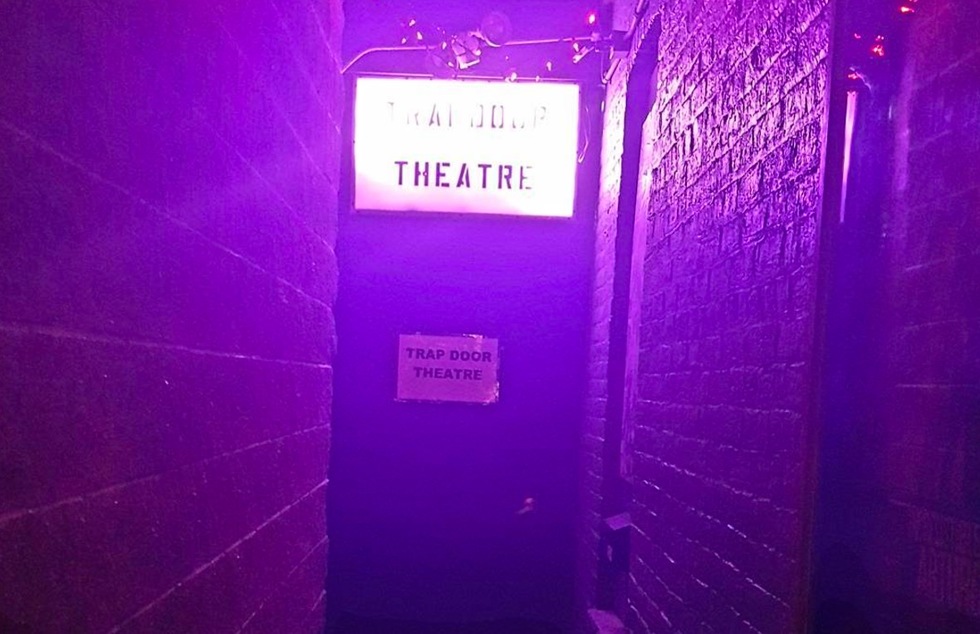 Instagram / @justtarathings
End your day in a cramped storefront

By all means see some Chicago theater while you’re in town. But you can do better than a touring Broadway show at one of the plush performing arts palaces in the Loop. If eye-popping spectacle is your bag, try Lookingglass Theatre Company in the renovated Water Tower Water Works downtown. Or if you’re craving gutsy, ensemble-driven contemporary work, the renowned Steppenwolf Theatre Company in Lincoln Park fits the bill. The truly adventurous, meanwhile, make their way to one of the tiny storefronts, church basements, and bar backrooms where young performers are carrying out the city’s tradition of intense, in-your-face—and almost in-your-lap—performance. The budgets might be small but the rewards can be enormous.

Photo: the entrance to tiny Trap Door Theatre, housed in a converted garage in Bucktown