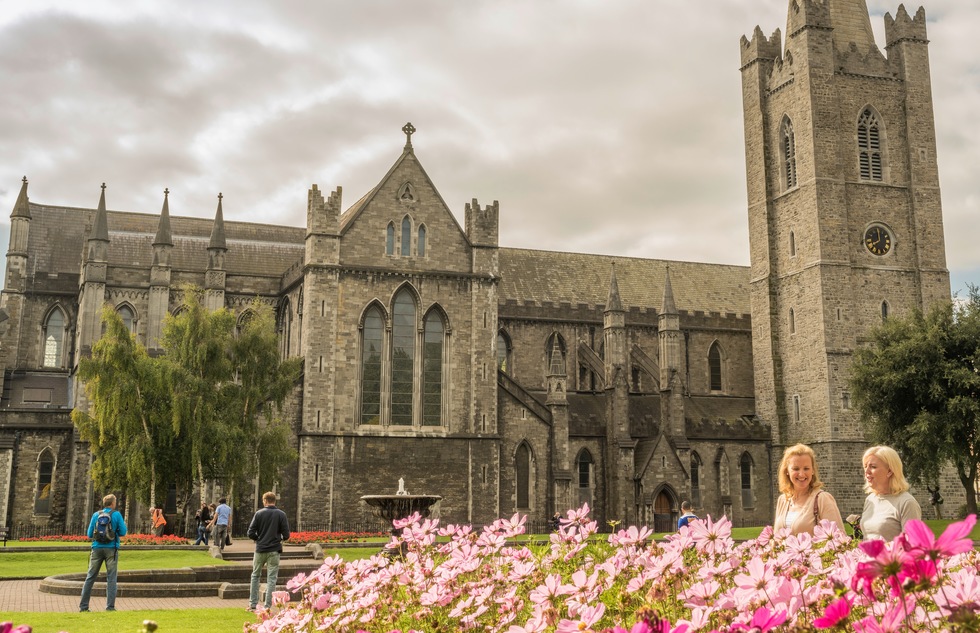 Europe in Spring: Where to Go in March, April, and May

In March, April, and especially May, some spots in Europe achieve the travel trifecta: pleasant weather, manageable crowds, and reasonable room rates. Other areas of the continent might have more tourists and higher prices this time of year, but often for good reasons—blooming flowers, arts and culture festivals, tasty seasonal cuisine, and memorable Easter celebrations. The collection of vernal vacation ideas that follows spans a range of worthy destinations, from those with mild temps and little jostling for attractions to those that exemplify the season’s spirit of rebirth. Here are the best places in Europe to spring forward.

For more seasonal inspiration, check out our roundup of Europe's top summer vacations. 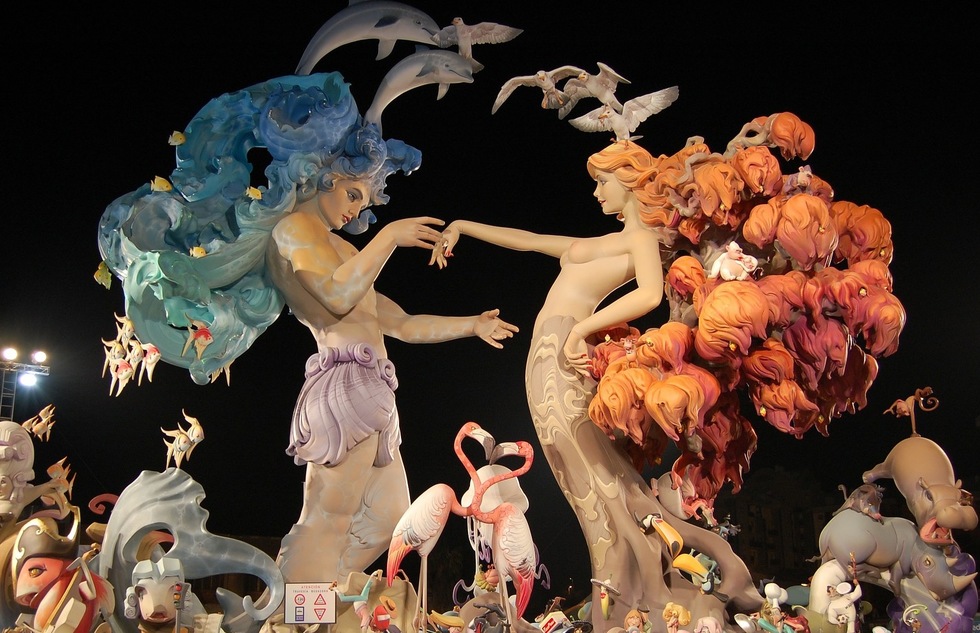 WHY GO IN SPRING?  Las Fallas, an ephemeral street fest to welcome the season in mid-March

To usher in spring with panache and paella, head to the Mediterranean city of Valencia. Every March, the Fallas festival turns the streets into an open-air art gallery displaying hundreds of enormous, wood-and-papier-mâché sculptures called ninots. The multiday event also has parades, fireworks, street food such as pumpkin fritters and Spanish horchata (a sweet drink made with tigernuts instead of rice, as in the Latin American version), elaborate traditional costumes, and a ceremonial offering of flowers to a towering monument of Valencia’s patron saint, Our Lady of the Forsaken. The blooms are then used to create a 15m-(49-ft.)-tall cloak and gown for the monument, making it look like the biggest Rose Parade float ever. At the end of the festival, the ninots are set ablaze—a poignant reminder that spring’s beauty is fleeting. 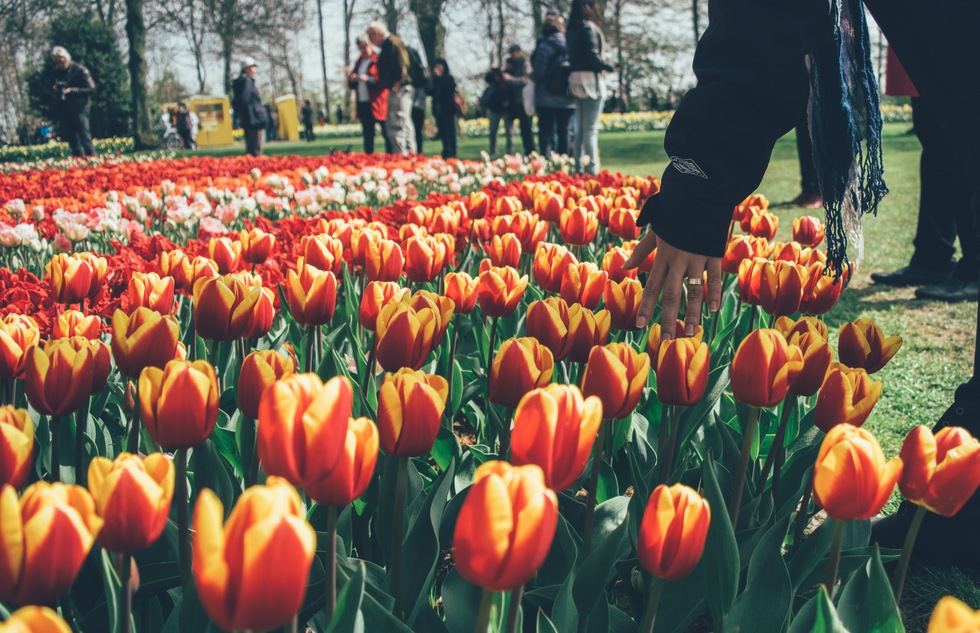 Mario Gogh on Unsplash
The Netherlands

WHY GO IN SPRING? Tulip mania from April through early May

Still the world’s top producer of its favorite flower, the Netherlands looks like it’s been done over each spring by a designer going through a color-blocking phase, with bold reds, pinks, blues, and yellows filling orderly fields and gardens. The largest tulip-growing area is the Noordoostpolder in the central Flevoland province, but there are also substantial bulb fields along the North Sea coast, from the Hague to Alkmaar. Pedal amid the petals on a bike ride, taking frequent stops to feast your eyes. Another extravagant visual binge can be had at the Keukenhof (pictured), a 32-hectare (79-acre) tulip showcase with over 7 million bulbs planted alongside trees, ponds, and windmills. The garden is in Lisse, located about 45km (28 miles) southwest of Amsterdam, where canal cruises of that scenic capital resume each March after a winter hiatus. 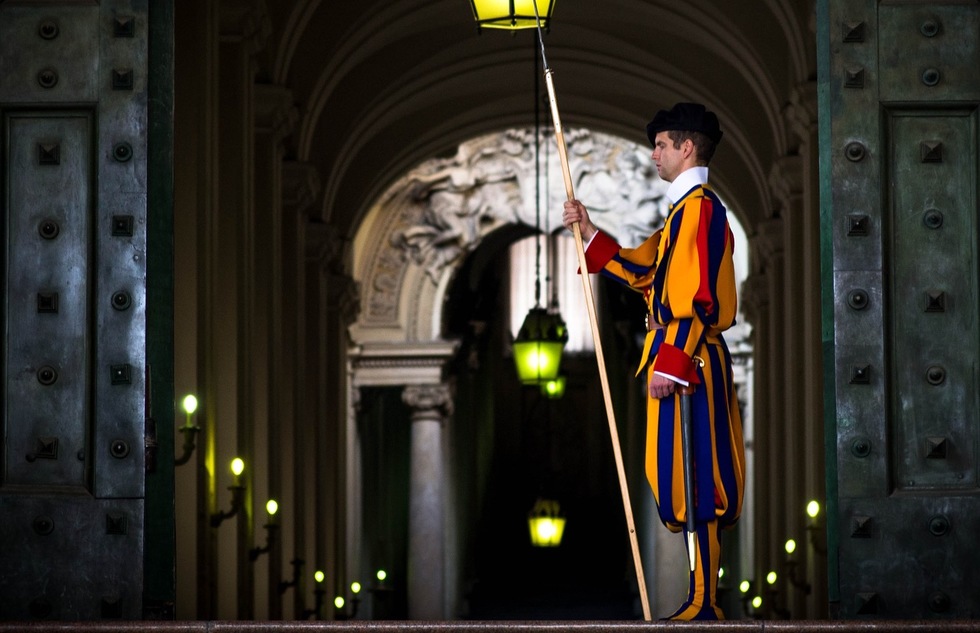 WHY GO IN SPRING? Holy Week events—and a chance to spot the pope

Crowd sizes are of biblical proportions and you’ll inevitably have to spend long stretches standing around, but it’s impossible not to be awed by the pageantry and ritual of the days leading up to Easter in Rome, even if you’re not Catholic. The pope’s busy schedule includes church services at the Vatican (pictured), a Good Friday procession at the Colosseum during which he visits the Stations of the Cross, and, on Easter Sunday, a mass for 80,000 people in St. Peter’s Square, followed by a blessing delivered from the balcony of St. Peter’s Basilica. Tickets to all these events are free but must be reserved months in advance—and, needless to say, if you don’t book your hotel room way ahead, too, you’d better pray for a miracle. 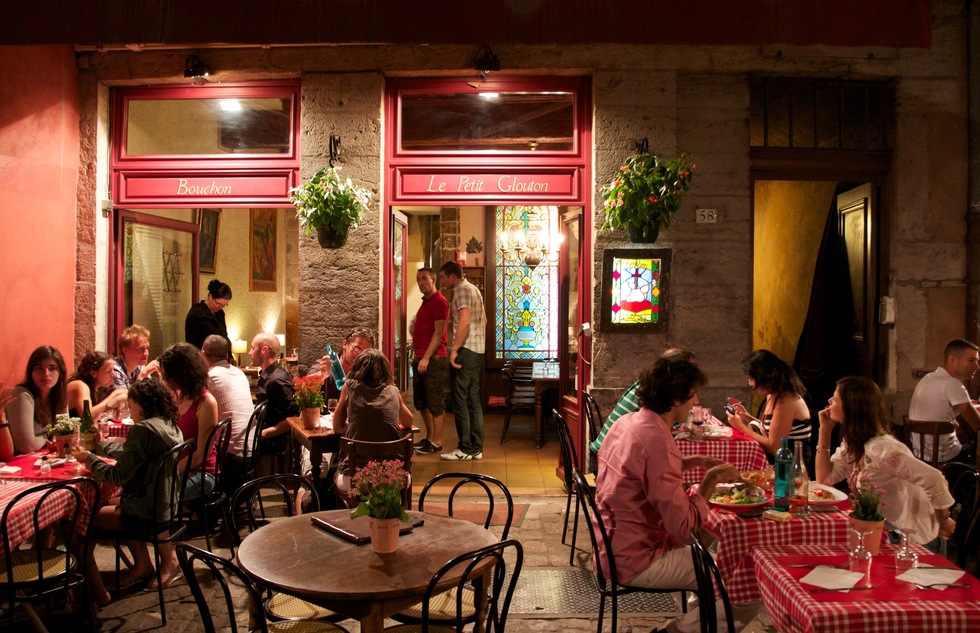 WHY GO IN SPRING? Seasonal Lyonnaise cuisine and magnifique May weather

Save this one for late spring. The wine region surrounding the Rhône river in southeastern France is still cold and dark in March, but in May the sun comes out and the weather warms up. It's pleasant enough to allow for exploring on foot the area’s medieval farming villages and vineyards, which produce Beaujolais in the north and Côtes du Rhône closer to the Mediterranean. The region’s biggest city, Lyon, is also highly walkable, with winding streets and hidden passageways threading through an elegant collage of ancient, medieval, Renaissance, and contemporary architecture. But it’s the food you’ll be raving about, especially after popping into a few bouchons, the cozy bistros (like the one pictured) serving pike quenelles, pork sausages, praline tarts, and other signature Lyonnaise dishes. Show up in spring to taste what wonders the city’s chefs can work with seasonal produce like apricots and sorrel. 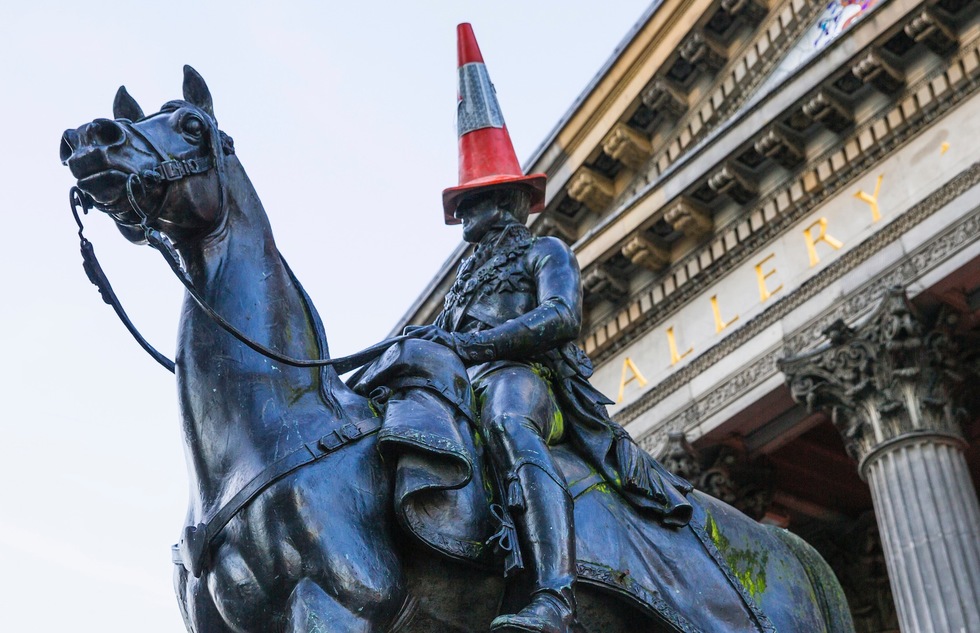 WHY GO IN SPRING? A full slate of arts and culture events

The weather is unreliable. After all, this is Scotland. No sooner will you note how well Glasgow’s green spaces complement the red-sandstone Victorian architecture than a dark mist will move in and turn everything gray. Fortunately, the city stashes its impressive cultural offerings indoors, and in spring, art museums, orchestras, ballet companies, and theater troupes are in full swing. And those are just the permanent institutions. Starting in late February, Glasgow gets a jump on festival season (the focus of which will turn decidedly toward Edinburgh’s annual performing arts extravaganza come summer) with the Glasgow Film Festival (through early March), followed by the Aye Write! book festival and the Glasgow International Comedy Festival (both held mid- to late March). Every other April, contemporary artists show off their work at the three-week Glasgow International—think Art Basel with a brogue.

Pictured: Since the early 1980s, Glaswegians have maintained a tradition of placing a traffic cone atop the 1844 equestrian statue of the Duke of Wellington in front of the Gallery of Modern Art. 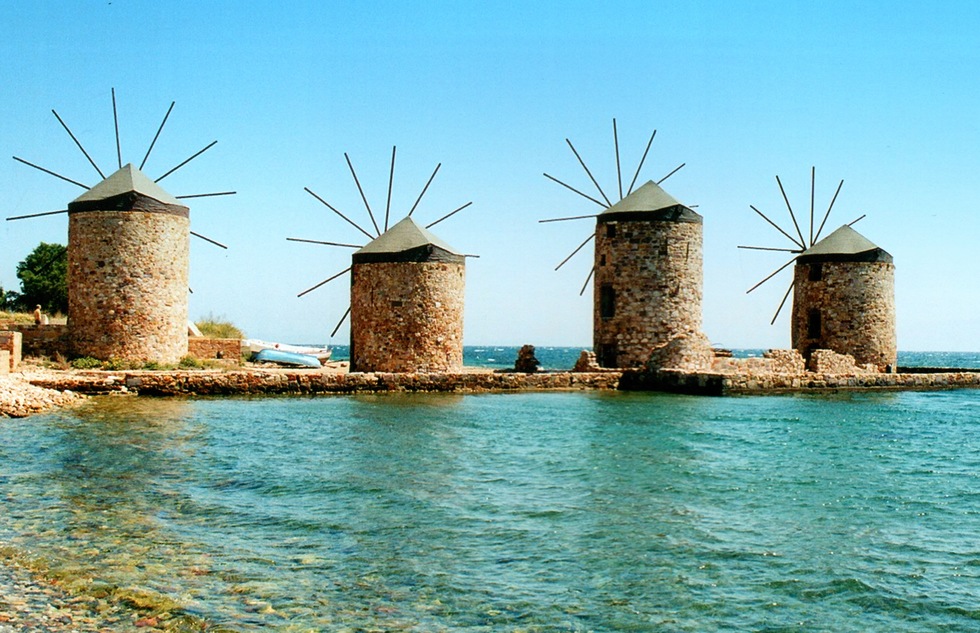 WHY GO IN SPRING? Coastal scenery and an Easter fireworks war

Sure, it looks peaceful here, but this North Aegean island is the site of a fireworks war that has raged for centuries. On the night before Orthodox Easter (celebrated later than the Easter of Roman Catholics, Protestants, and giant bunnies), parishioners from rival hilltop churches in the town of Vrontados shoot homemade rockets at one another, sending screaming orange streaks into the night sky. The goal is to hit the bell tower of the opposing church. Direct hits are tallied the next morning, ostensibly to declare a victor, but, as often happens in war, the two sides usually come up with differing numbers. The surrounding hills offer the best views of the spectacle. During the daytime, visit an 11th-century Byzantine monastery and stroll on white- and black-sand beaches. The water is too cold for swimming until late May, but you can survey the region from the same spot, Daskalopetra, where alleged Chios native Homer is said to have taught his poems. 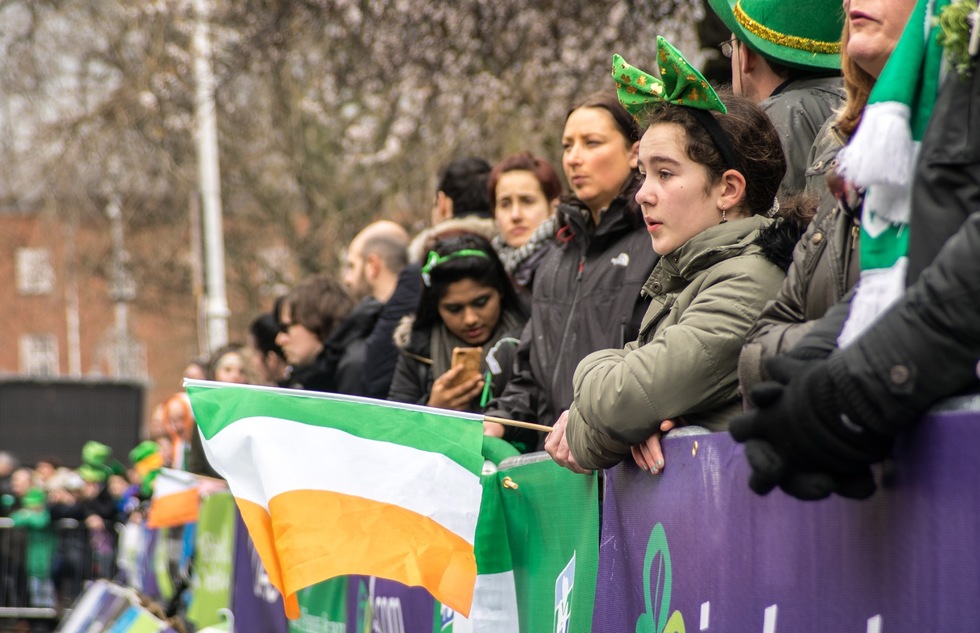 In the United States, St. Patrick’s Day is often used as an excuse to chug green beer and don tacky “Kiss Me, I’m Irish” merch. But in Dublin, the holiday is a more restrained and family-friendly celebration of Ireland and its patron saint—except maybe in the crowded Temple Bar district, which temporarily resembles Bourbon Street in New Orleans. To mark March 17 like a Dubliner, pop into a traditional pub with live music or, if you’re really interested in Ireland’s contributions to the field of booze, tour the Guinness Storehouse or Old Jameson Distillery. Dublin's five-day St. Patrick’s Festival features all sorts of events on Irish history, art, music, and literature, culminating in a jolly parade on the big day that starts at Parnell Square and ends, naturally, at St. Patrick’s Cathedral. 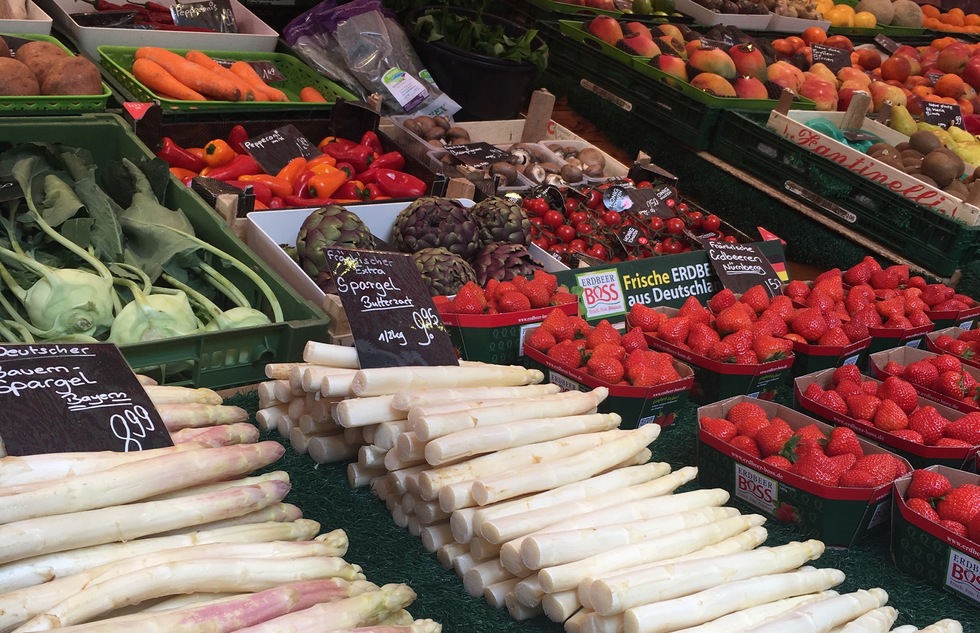 WHY GO IN SPRING? White asparagus frenzy from April to June

Despite a reputation for subsisting entirely on beer and bratwurst, Germans tend to be passionate about in-season produce—and nothing gets them going like white asparagus. More tender and less bitter than the green variety, the beloved alabaster stalks pop up in farmers’ markets and on restaurant menus across the country from April to June, otherwise known as Spargelzeit (asparagus season). The most common preparation of the vegetable: boiled and smothered in hollandaise and butter. In the northwestern state of Lower Saxony, you can bike or drive along the scenic, 750km (466-mile) Asparagus Road, stopping for 1,000-year-old farm towns such as Nienburg, home of timber-frame buildings and an asparagus museum that crowns an asparagus queen each year. While you’re in the area, swing by Hanover (about 45 minutes away by car) to see the elaborate, 17th-century Herrenhausen Gardens in their full spring splendor. 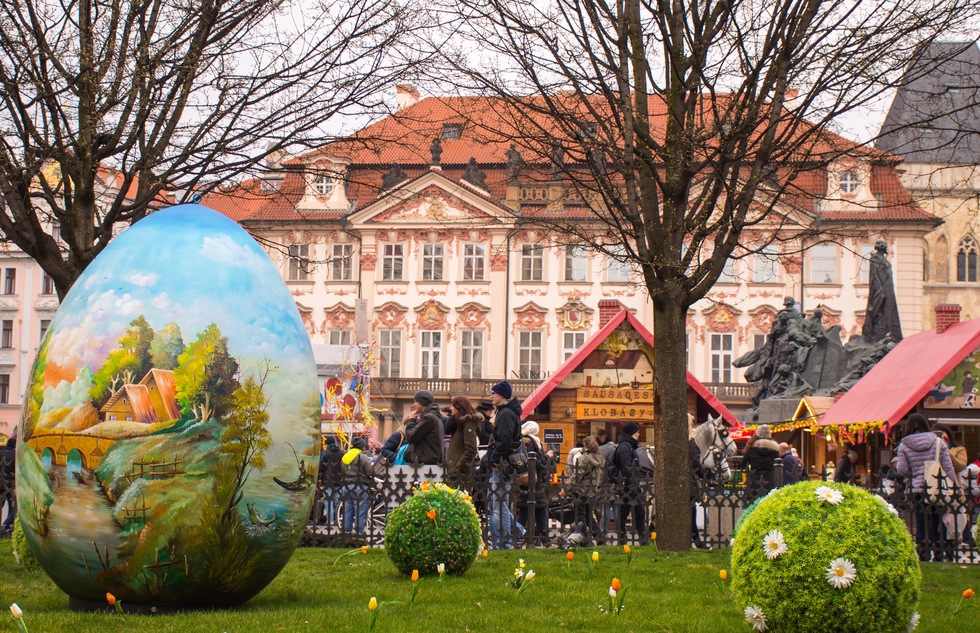 WHY GO IN SPRING? Easter markets and witchy fun

As at Christmastime, Prague’s Wenceslas Square and Old Town Square (pictured) fill up with dozens of brightly colored wooden huts this time of year. They’re all part of the city’s Easter markets, open every day during the four weeks leading up to the holiday. Handmade lace, blown glass, wooden toys, mulled wine, cold beer, and other Czech specialties are sold, as choirs and folk dancers perform. The only difference between this market and the Christmas one—apart from the warmer temperatures—is that the hot buys aren’t tree ornaments but exquisite painted eggs. A wilder tradition is Witches’ Night (Pálení čarodějnic) on April 30, when bonfires topped with rag effigies of witches are built all over the city. After costume parades, concerts, mock trials, and much beer guzzling, the pyres are set alight in a symbolic purge of evil spirits.