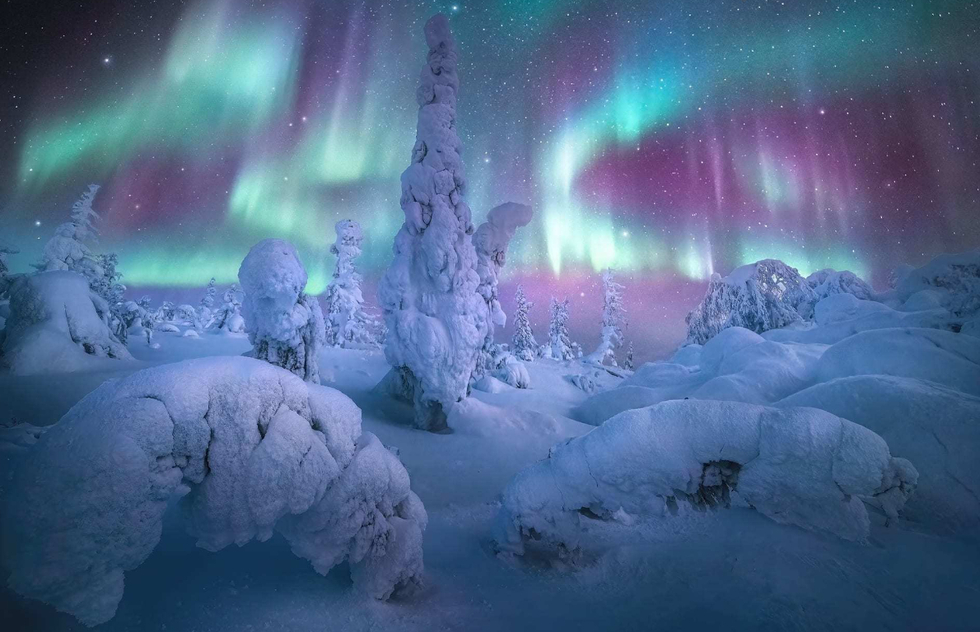 “Forest of the Lights” – Marc Adamus

This Year's Most Dazzling Photos of the Northern Lights

When it comes to otherworldly beauty, Mother Nature really outdid herself with the northern lights. Filling wintertime skies with eerie swirls of green, purple, yellow, and pink, the aurora borealis and its southern hemisphere counterpart, the aurora australis, are perennial sources of wonder and persuasive arguments for seeking out the high latitudes.

Each December, the travel photography blog Capture the Atlas announces its Northern Lights Photographer of the Year awards, an unranked assemblage of the 25 best images captured of the polar display during the previous aurora seasons—September to April in the northern hemisphere, March to September below the equator.

Curated by Capture the Atlas editor Dan Zafra, the list of winners is chosen based on the "quality of the image, the story behind the shot, and the overall inspiration that the photograph can provide," according to a news release. The class of 2021 represents photographers from around the world and pictures taken in the United States, Australia, Canada, Finland, Iceland, New Zealand, Norway, Russia, and Sweden.

Scroll on to see five of our favorite aurora views from this year's honorees, along with commentary from the photographers provided by Capture the Atlas.

Pictured above: "Forest of the Lights," a 2021 winner taken by Marc Adamus in Alaska 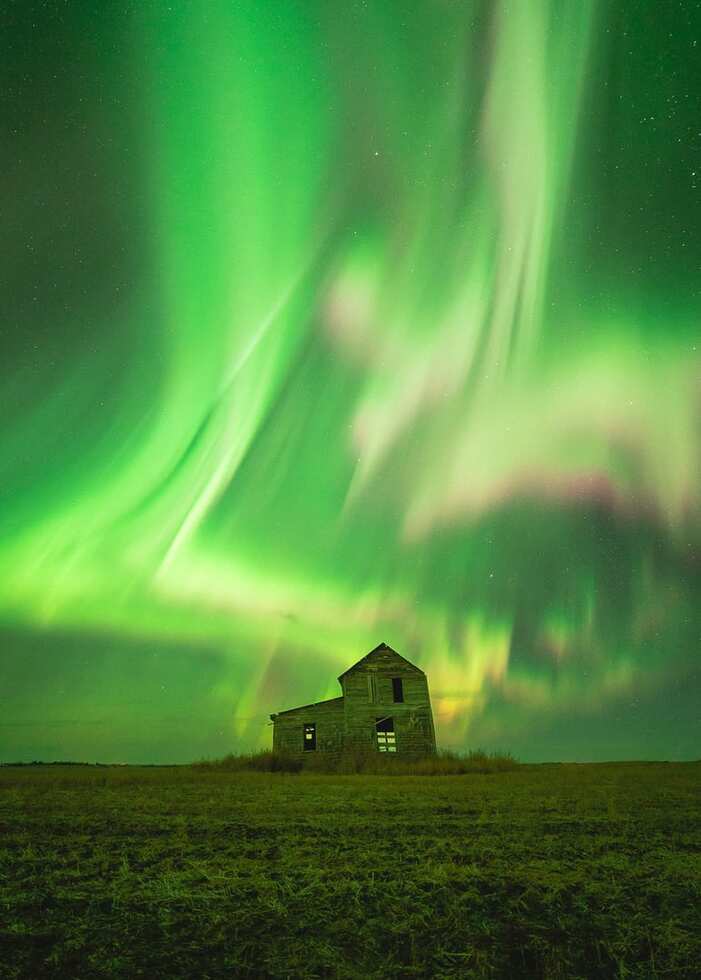 "In all my years of aurora chasing in Saskatchewan, I had never seen such vivid, fast-moving, wild formations and incredible, purple, pulsating lights," writes Herry Himanshu of the November night this photo was taken. "A friend who was also out shooting the Lights phoned me at 1 AM when the skies were going berserk and we were both just hysterical, probably howling louder than the coyotes in the distance." 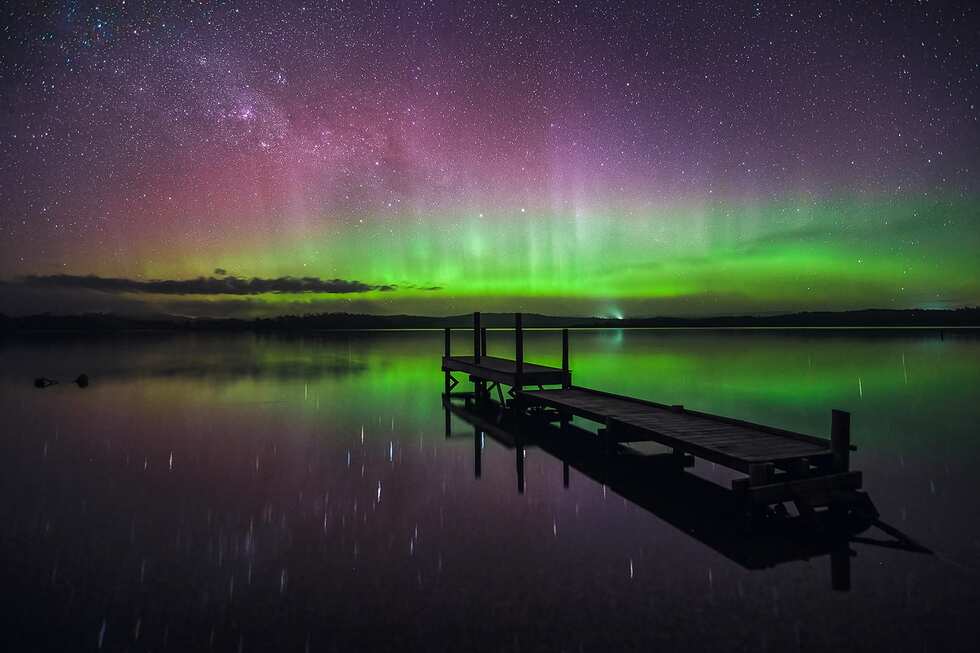 Because Tasmania is Australia's southernmost state, photographer David Oldenhof points out that residents "witness the most intense auroras in the country." That's an "added bonus," Oldenhof writes, to "having beautiful coastlines, World Heritage rainforests, and national parks to photograph." 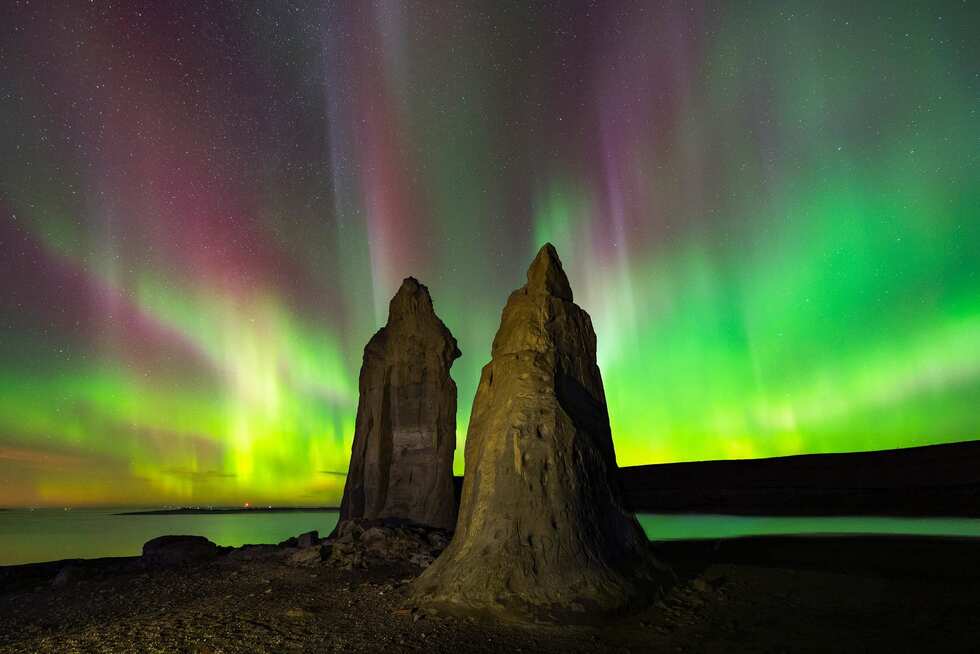 Marshall Lipp monitored weather patterns from satellite data to time aurora-hunting just right near North Dakota's immense Lake Sakakawea reservoir. Consequently, "I was able to capture some images just how I envisioned them," according to Lipp. 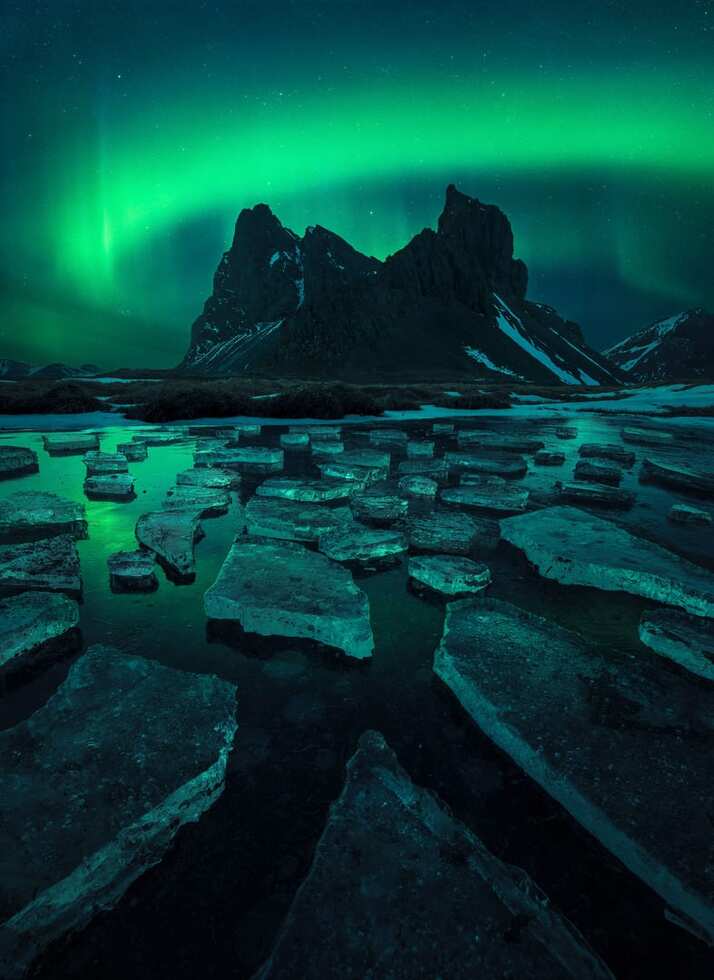 Filip Hrebenda snapped this award-winning image in late spring—not typically prime time for spotting the northern lights in Iceland. "After three days of shooting volcanoes without sleeping, I was really tired," Hrebenda writes. "All of a sudden, [the lights] started dancing exactly where I wanted—right above the mountainside!" 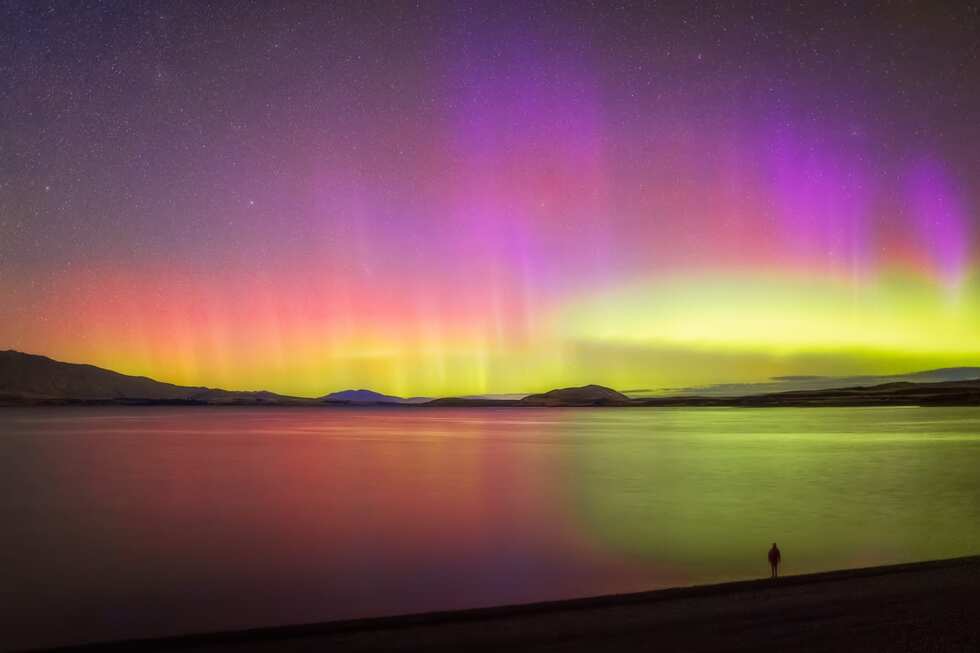 "I was on a photography trip when aurora alerts began popping up on my phone," recalls Larryn Rae, "so we started searching for a unique place to shoot [the lights] from. We ended up at this lakeside location, and as soon as the sunset faded and dusk fell, we could already see the color and shape of the aurora happening. The next few hours, the sky was filled with incredible colors as the pillars danced across the sky in one of the best displays I have seen for years."

To view all 25 of this year's Northern Lights Photgrapher of the Year winners along with captions by the photographers, visit CaptureTheAtlas.com, where you can also find free tutorials for taking your own photos of the northern lights.