Thank you for subscribing!
Got it! Thank you!
Home›Tips & News›Air Travel›This Is LaGuardia?! NYC Airport Unveils Stunning New Terminal 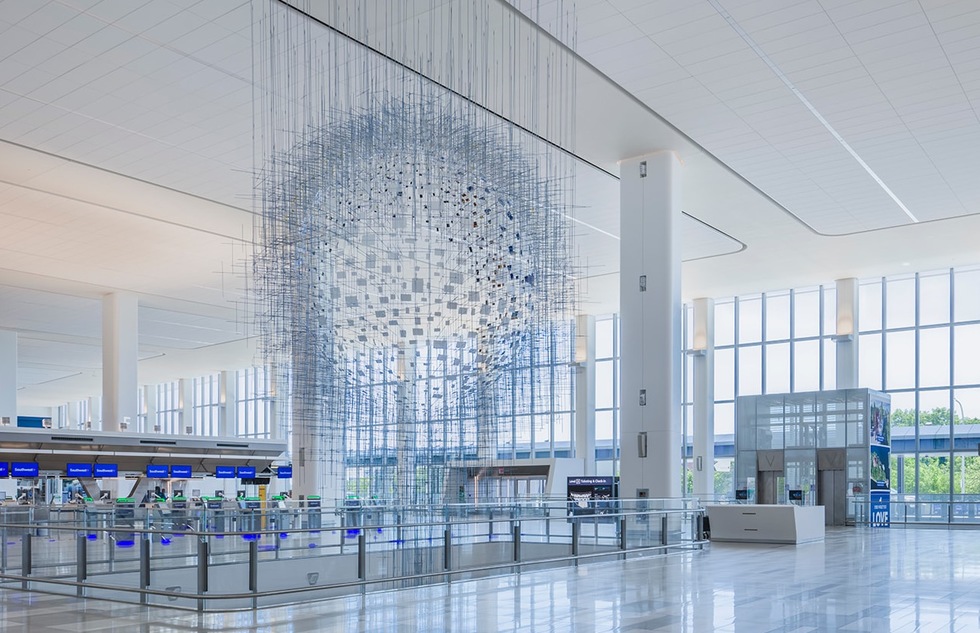 Extreme Makeover: Hellhole Edition. Did you think you'd ever say "LaGuardia" and "gorgeous" in the same sentence? Take a look at the spacious and sparkling new Terminal B.

The yearslong complete makeover underway at New York City's LaGuardia Airport reaches a major milestone on Saturday, June 13, with the opening of the gleaming, brand-new Terminal B Arrivals and Departures Hall.

The four-story, 850,000-square-foot building could change the way you think about LaGuardia, especially if you think of LaGuardia as a lower circle of hell.

The spread-out design allows for more elbow room in check-in, security, and baggage claim areas—another positive in a time when we're all trying to stay six feet apart from one another.

In a news release announcing the hall's opening, the Port Authority of New York and New Jersey asserts that "by virtue of its size," the terminal now offers "improved distancing during and after the Covid-19 pandemic." 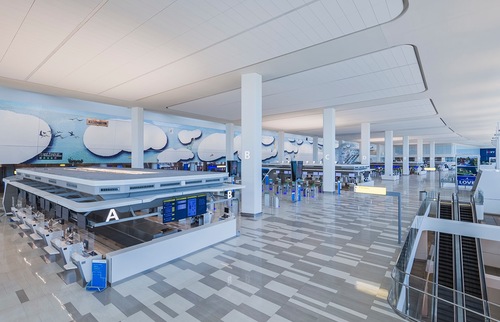 Technology upgrades at the security checkpoint range from advanced body-screening equipment (you won't have to raise your arms anymore) to an automated conveyor belt for empty carry-on bins so that you don't have to pluck them from a stack that has been touched by everybody else.

Elsewhere at Terminal B 2.0, passengers waiting for flights now have a bunch of New York–based concessions to choose from. There are airport versions of Brooklyn Diner, Junior's Cheesecake, Hill Country Barbecue, Think Coffee, and Eli Zabar, along with a new offering from chef Marc Forgione. 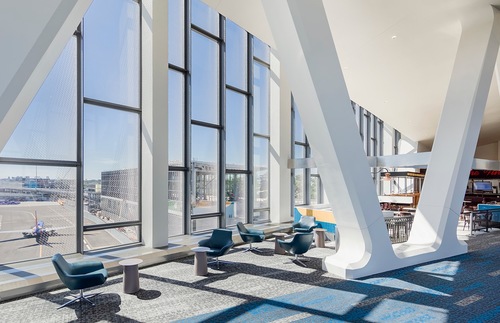 Terminal B serves American Airlines, United Airlines, Southwest Airlines, and Air Canada. The new Arrivals and Departures Hall joins previously unveiled improvements including a parking garage, opened in February 2018, as well as 18 new gates and a concourse, opened in December of that year. A new Terminal C concourse and seven gates for Delta Air Lines flights debuted in October 2019. 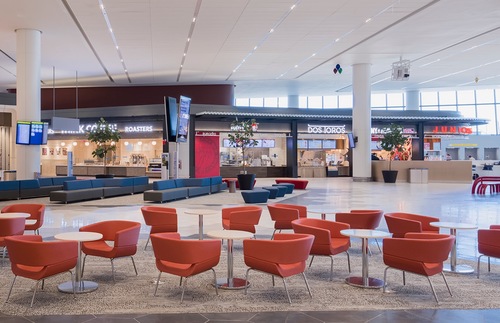 It's been a long road to get to this point—and there's still a ways to go.

Construction on the LaGuardia overhaul began in 2016, and the project has caused nightmarish traffic snarls on access roads, among other inconveniences.

When the multibillion-dollar project is finally finished in 2022 (barring delays), every terminal and concourse onsite will have been demolished and replaced, with the exception of the landmark Marine Air Terminal, which got an interior refurbishment in 2019.

Based on what we've seen so far, it's safe to say LaGuardia will end up looking unrecognizable. Thank goodness.