Thank you for subscribing!
Got it! Thank you!
Home›Tips & News›Entry Requirements & Customs›When Will Europe Reopen to Vacationers? A Country-by-Country Guide 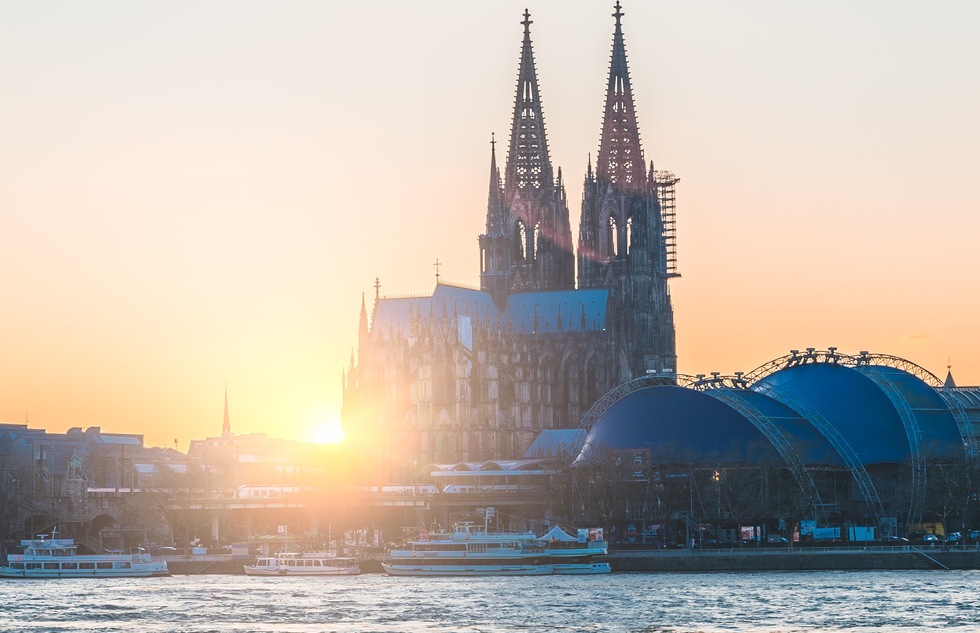 When Will Europe Reopen to Vacationers? A Country-by-Country Guide

The regulations surrounding tourism vary by nation and are rapidly changing, so we'll be updating this article as needed. Bookmark for the latest rules!

NOTE: The European Union has created an official online tool to help visitors learn the up-to-date status of each of its member states. CLICK HERE for that. This piece contains info on both EU and non-EU European nations.

Today, the European Union updated its border reopening plans. As of July 1, it will only admit citizens from nations that are winning the battle with coronavirus. The country in which a tourist lives must have a Covid-19 infection rate that's close to or below 16 per 100,000 inhabitants over the last 14 days. The EU is also assessing how other countries are handling testing and reopening.

As this stage, the only countries that have the green light for European travel are Canada, Japan, Australia, New Zealand, Morocco, Rwanda, and 9 others.

Americans are not yet welcome.

Since the EU's members are sovereign nations, each one may come up with its own protocols and policies. We’ve broken down Western Europe by country and listed what we know right now.

Conditions: Open only to fellow European Union nations and Norway, Switzerland, Iceland and Liechtenstein. No policies have been announced regarding other parts of the world yet.

Entry requirements: Those who arrive in Vienna (Austria’s primary international gateway) will have the choice of quarantining for two weeks or taking a €190 Covid-19 test upon arrival; a negative test means no quarantine is required.

Reopening date: The country partially reopened on June 15. On July 1, the country is expected to reopen more fully, though details have yet to be announced.

Conditions: European Union member nations were allowed back in June, as well as the citizens of the United Kingdeom, Norway, Switzerland, Iceland and Liechtenstein. Belgium has not announced when it will allow in non-European visitors.

Conditions: With the exceptions of Belgium, Portugal and Swedent, Bulgaria restarted non-essential travel from other European nations in mid-June. Citizens of the nations mentioned will have to self-quarantine for 14 days once in country. Bulgaria has not yet announced a return-to-travel date for non-European citizens.

Conditions: Citizens of the European Union, and those from Norway, Switzerland, Iceland and Liechtenstein were welcomed back in June. They are required to fill out a form, however, to enter and are expected to display the form on the windshield of their car if they're driving in. No word yet on when non-European visitors will be allowed back.

Conditions: Cyprus welcomed back visitors from a number of European countries, and Israel, on June 9 and June 20 (click here for the complete list of nations). No word yet on when other nationalities, including Americans, will be allowed in. From certain nations, Cyprus is requiring a Covid-19 test upon arrival, others will simply have to fill out a health questionaire. For details, click on the link above.

In addition to reopening to visitors, Cyprus has promised to take care of any who comes down with the virus while in country. The government will cover that individual's lodging, food, drink and medical expenses, as well as the quaranting costs for those accompanying the ill traveler.

Reopening date:  June 15 again was the date for European travelers to return.

Conditions: Citizens of these countries may enter without a negative viral test: Germany, Austria, Poland, Slovakia, Hungary, Romania, Bulgaria, Croatia, Greece, Cyprus, Switzerland, Baltic States, Norway, and Iceland. Citizens of all other nations, including the United States and Canada, are not yet permitted. The government maintains an updated list of rules at this official web page.

Reopening date: June 15 was the date for a very select group of travelers to visit (see below).

Conditions: Denmark reopened its borders to the citizens of Germany, Iceland and Norway on June 15. It is expected to reopen to more visitors on June 27, but which nationalities that will be has not yet been announced.

Reopening date: June 15 marked the date some neighboring nations were allowed into Finland.

Conditions: Citizens of  Denmark, Estonia, Iceland, Latvia, Lithuania and Norway were allowed into Finland beginning June 15. No word yet on when other nationalities will be allowed to return. The country's official tourism authority maintains a web page for the latest updates.

Reopening date:  June 15 marked the reopening of France for some visitors.

Entry requirements: Citizens from EU member states are now allowed back in without quarantine, as well as those from Andorra, Monaco, Iceland, Liechtenstein, Switzerland, Norway, San Marino and Vatican. The Interior Minister announced that visitors from other areas of the world will likely be able to visit starting July 1, though just which nationalities will be welcomed has not yet been announced.

Conditions: Germany is now open to the citizens of 31 European nations. No word yet on when entry will be expanded to include non-EU nationalities.

Reopening date: June 15 for some countries, July 1 for a number of others

Conditions: Borders initially opened only for travel by EU members, plus the citizens of Norway, Switzerland, Iceland, Liechtenstein and Israel.

On July 1, it's expected that nationals from other countries, including the United States, will be allowed in (planes from the USA are already on the schedule). However, the Greek Government has not yet officially announced its policies and has said they will do so in consultation with the European Union.

Entry requirements: Travelers from Belgium, France, Portugal, Italy, Spain, Netherlands, Sweden, Albania and North Macedonia are required to take a virus test at the airport upon arrival and stay in a nearby hotel overnight so that the test can be processed. If they receive a negative result, they will be allowed to go on to their final destination in Greece. It's expected that other countries will be named to this "must test" list after July 1.

Conditions: Only those from the European Union, or Norway, Liechtenstein, the United Kingdom, Switzerland, and Iceland are allowed in at this juncture.

Conditions: Previously, Iceland welcomed Americans who had negative tests. Now, only residents of countries approved by the European Union may visit and take tests.

Entry requirements: Each visitor will be given a free Covid-19 test at the airport, and will be asked to give authorities a phone number so that those who test positive can be contacted. Visitors will also be required to download an app that will trace their movements while in the country. You can skip the airport test if you can show a negative result from a government-certified Covid-19 test from your home country. Travelers who test positive or refuse the test will be expected to quarantine for 14 days in Iceland at their own expense.

Reopening date: No date announced, but an official tourism executive has predicted it won't be until autumn. Ireland's borders are technically open to EU citizens, but hotels are closed until July 20 and there’s a strict two-week quarantine in place for all who arrive.

Health and safety restrictions: There's a required 14-day quarantine for all visitors.

Reopening date: Much of the country reopened June 3

Conditions: At this stage, members of the European Union, plus the United Kingdom, Andorra, Monaco, and the Republic of San Marino have free entry into Italy.  July 1 has been floated as a date to expand entry to other nations, but nothing official has been announced.

Reopening date: On July 1 Malta's airport will reopen and welcome back the first wave of travelers.

Conditions: Germany, Austria, Sicily, Cyprus, Switzerland, Iceland, Slovakia, Norway, Denmark, Hungary, Finland, Ireland, Lithuania, Israel, Latvia, Estonia, Luxembourg, the Czech Republic and certain regions of Italy, Spain, Poland and France will be allowed to return to Malta on July 1. The rest of the world, including Americans and Canadians, will be welcomed back on July 15.

Health and safety restrictions: See Malta's official site for a full description of how businesses must operate.

Reopening date: The Netherlands has already opened its borders to members of the so-called Schengen Zone (which is made up only of European countries). It's next phase of reopening is expected to start July 1, though there's no word yet on which nationalities will be allowed in.

Conditions: Though initially Portugal had said that it would allow in American visitors, that policy has shifted so that the nation is in line with the European Union. As of July 1, only countries allowed in by offiical EU policy will be allowed to visit Portugal. Americans are currently excluded.

Health and safety restrictions: Portugal has no quarantine or testing requirements.

Reopening date: June 21 was the date that Spain reopened its borders.

Health and safety restrictions: On August 14, nightclubs and dance clubs were closed. Bars and restaurants must close by 1am. In the initial return-to-tourism push, only European Union members, UK citizens, and those from Norway, Switzerland, Liechtenstein and Finland were allowed back in (the border with Portugal remains closed until July 1 at Portugal's request). No word yet on when Spain will open its borders to the rest of the world.

Reopening date: Since Sweden never went into lockdown, it is already open.

Conditions: Neighboring countries have indicated they may block travelers coming from Sweden because of the country’s high infection rate, so visitors may find it difficult to combine a visit to Sweden with visits to other European countries.

Conditions: Citizens from all European Schengen states as well as Iceland, Norway, Liechtenstein and the United Kingdom are now allowed in. Switzerland has not yet announced when people from other parts of the world will be welcomed.

Reopening date: Was June 8, but no visitor to the UK can come in without quarantine (see below), which effectively closes the country to tourism.

Health and safety restrictions: A 14-day quarantine at the visitor's expense will be required, and the quarantine must take place at a private address, not at a hotel. Exceptions are made for people from Ireland, the Channel Islands, and the Isle of Man. The goverment has announced that it will update this policy every three weeks, depending on current conditions.