Thank you for subscribing!
Got it! Thank you!
Home›Tips & News›Hotels›This Free Tool Names the Secret Cheap Hotels on Hotwire and Priceline 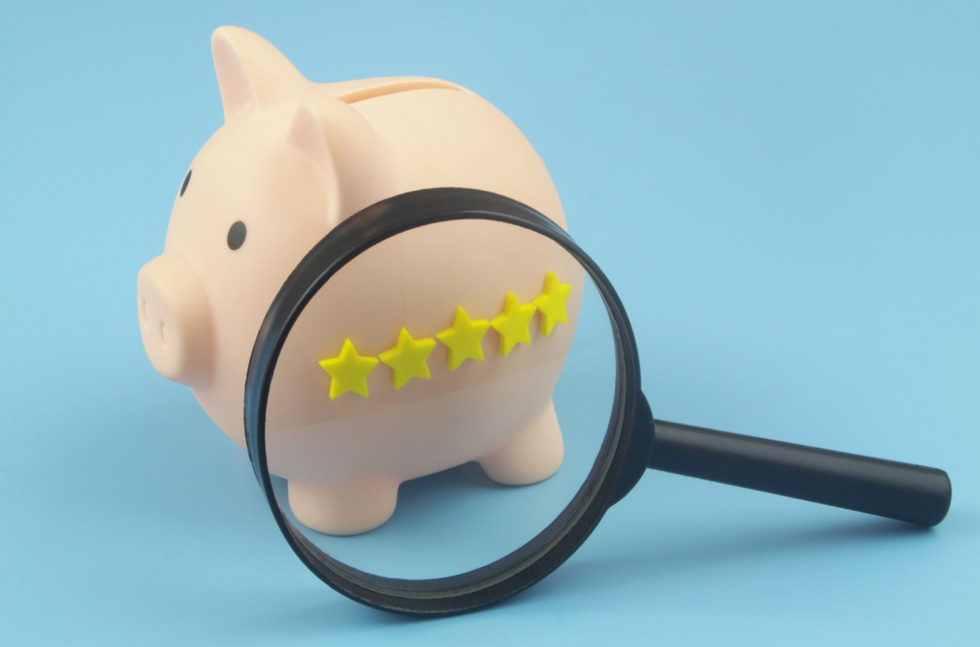 TravelArrow is a free Chrome extension that exposes the names of the anonymous hotels with the deepest discounts.

One of the internet's most reliable money-saving loopholes, and one that has delighted us with cheap hotel discoveries time and again, is the anonymous deal.

For many years, both Priceline and Hotwire have offered an under-sung category of ultra-discounted hotel results that tell you the star level, amenities, and rough location of a property, but not its identity. Before you purchase, you find out how nice the place is—you just won't know its name until after you pay in full.

At Priceline, these blind booking offers are called Express Deals. At Hotwire, they're Hot Rates. Both vow to help you save "up to 60%," a promise that often delivers.

Over the years, people have developed various apps and tactics dedicated to pinpointing the real names of the hotels behind these fantastic deals.

One of those tactics was my own invention. Here at Frommer's, I came up with an easy hack for de-anonymizing Hotwire's Hot Rates blind booking results without software, and my method has worked effectively for years.

Other people have cobbled together their own solutions, such as Hotel Canary, a now-outdated browser extension that could uncloak Priceline's blind Express Deals. Even when it worked, though, it only helped with Priceline, not Hotwire.

Well, a new entrant is on the field. TravelArrow is a free extension for Chrome browsers that aims to expose the real names of the anonymous hotels that show up at both Priceline and Hotwire.

The tool is simple to use: Download TravelArrow from Chrome's Web Store and make sure it's enabled. Then, when you pull up a page of anonymous hotel deals at either Priceline or Hotwire, click that deal to bring up the hotel in its own page.

At that point, TravelArrow will generate a pop-up window with a spoiler that tells you the true name of the mystery hotel.

The results, which appear accented in purple in the upper-right corner of your browser window, look like this: 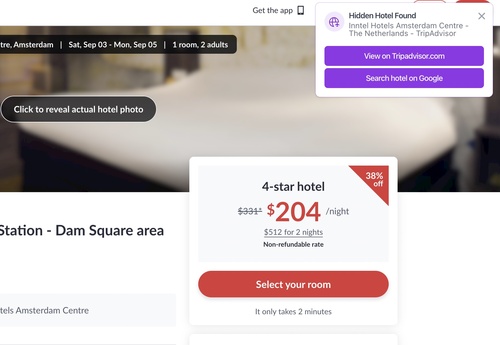 The pop-up floater supplies buttons for checking the hotel listing on other sites, but to retain that proprietary blind booking price, you have to book on either Priceline or Hotwire.

The coders at TravelArrow say they have some big plans for expanding the extension's functionality. They're starting with Booking.com, where TravelArrow will return an aggregation of price quotes from more than two dozen other hotel booking sites for the same property. (We couldn't get this feature to work for us, but TravelArrow's developers say this feature is in the process of rolling out for additional websites.)

TravelArrow has also announced plans to teach the extension to add Southwest Airlines to the results at Google Flights, from which that airline is currently excluded. Also projected: the ability to send results from Google Flights into identical price checks at two rival bookers, Skyscanner and Kayak, both of which can often deliver lower prices, as Frommer's found in our own price tests.

There are also intentions to give users the ability to earn "TravelArrow Miles" by making purchases with major retailers.

But all those tweaks are in the future. For now, TravelArrow does plenty to get at our ever-lovin', money-saving hearts by unmasking blind bookings.

Add the extension to your Chrome browser and you'll be able to know just how fantastic those anonymous deals at Hotwire and Priceline really are. We've only started testing it. If you try out TravelArrow, let us know how it works (or fails) on our Facebook page.