Thank you for subscribing!
Got it! Thank you!
Home›Tips & News›Hotels›Zen Hen: Introducing "Chicken Yoga" for People and Poultry 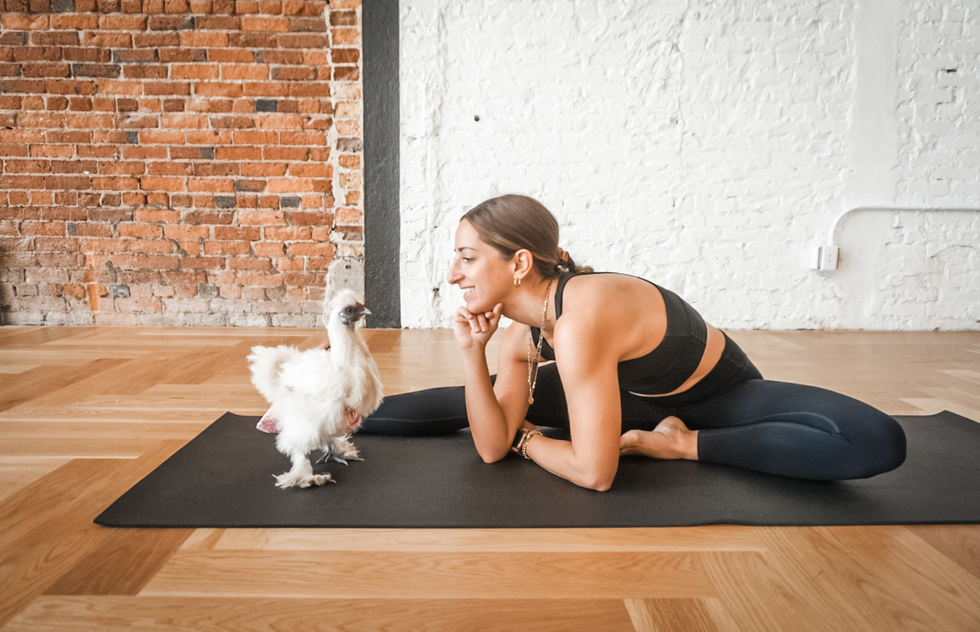 Spending time with animals makes a lot of people feel better. You'll already know that if you’ve ever been greeted by a golden retriever after a long day, sat with a purring tabby on your lap on a cold night, or tried to board an airplane with your emotional-support ferret (no longer welcome in the skies, sorry to say).

You’ve probably heard of the yoga classes that administer the therapeutic benefits of doing the downward-facing dog while you're facing dogs, cats, and, especially, goats, which nuzzle and even stand on the backs of participants during certain poses.

Now a hotel in Florida has come up with what might be the most unique version of the trend: chicken yoga.

Held once a month at Hotel Haya in Tampa’s historic Ybor City neighborhood, each poultry-themed session is a “traditional power vinyasa–style class,” according to Danielle Nicolas of Union Three, the fitness studio that provides the human instructors.

Well, “traditional” except for the five or six chickens wandering among the rows of yogis during the hourlong class. 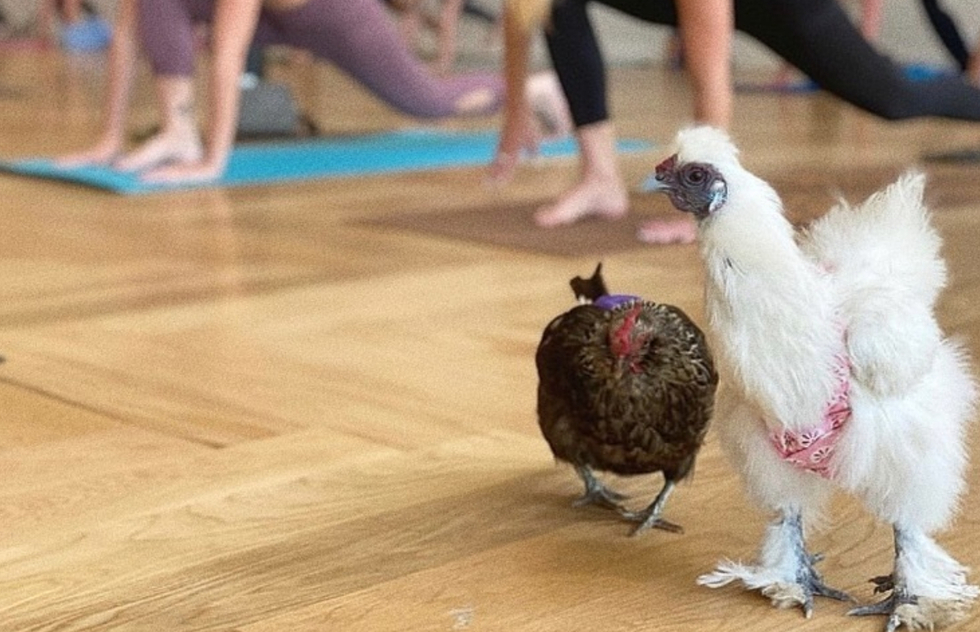 The birds are special guest stars from the neighborhood’s Ybor Misfits Microsanctuary. Rescues all, the yoga chickens are chosen for being used to humans, used to being handled, and used to being diapered to prevent unwanted nuggets from getting left behind.

Feathered regulars at the classes have names like Graisie, Charlotte, Camilla, Daffy, Prince, and Apollonia, the sanctuary’s Dylan Breese told Frommer’s in an email.

The chickens do not perch on the backs of practitioners.

Instead, “some [birds] like to cuddle, some like to talk,” according to Breese. “We bring a few who are very social, so they'll go from bird to bird throughout the class. Apollonia likes to lounge, so we'll find a friendly mat, set her down, and she just chills until moved to the next spot.”

The presence of live chickens during an everyday activity isn’t as random as it might sound in Ybor City. According to the Tampa Bay Times, the birds have been pecking along the district’s brick streets since its founding in the late 1800s, when the Cuban, Spanish, and Italian immigrants who founded the community kept the fowl for food.

Some of the red-feathered birds you’ll see on the streets today are believed to be the descendants of those original chickens. 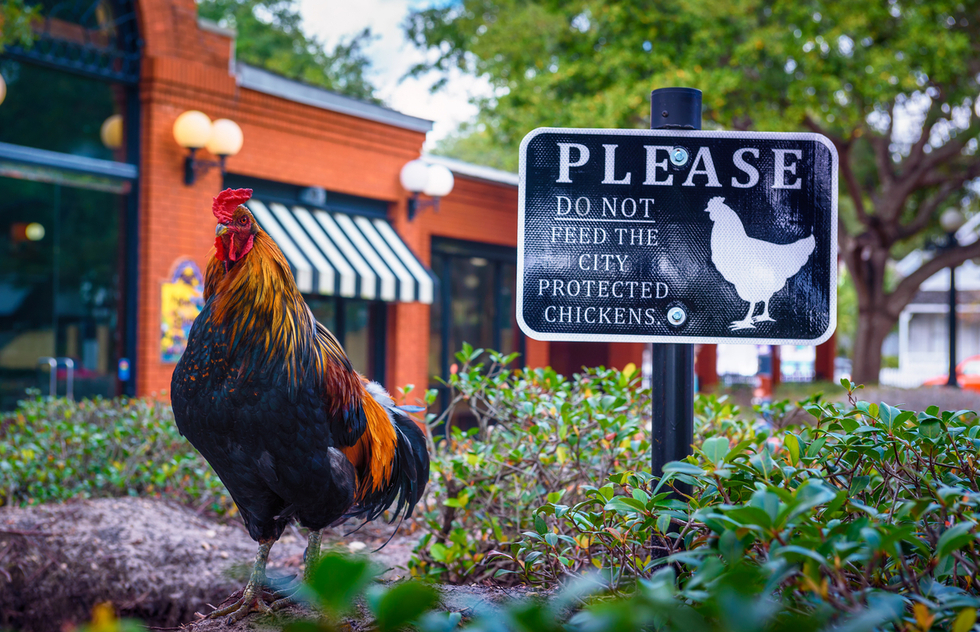 Hotel Haya’s class gives guests the chance to interact with these local celebrities.

“What many people learn,” writes Breese, “is [the chickens] love to be held. Oftentimes, in someone's arms, they'll close their eyes and purr.”

Chicken yoga takes place in Hotel Haya’s Valencia Ballroom on the last Sunday of each month. The class welcomes attendees of all experience levels, and sessions are complimentary for hotel guests, though a $10 donation to the Ybor Misfits Microsanctuary is recommended.

Reserve a spot in advance at HotelHaya.com. “Please note,” warns a notice on the website, “our gal Charlotte (Ybor chicken celebrity) is quite drawn to jewelry, so leave the shiny stuff at home!”

The hotel, a 178-room boutique property with a colorful design inspired by the area’s Cuban community, also has a café where you can have brunch after class.

We’re guessing you won't want to order the omelet.