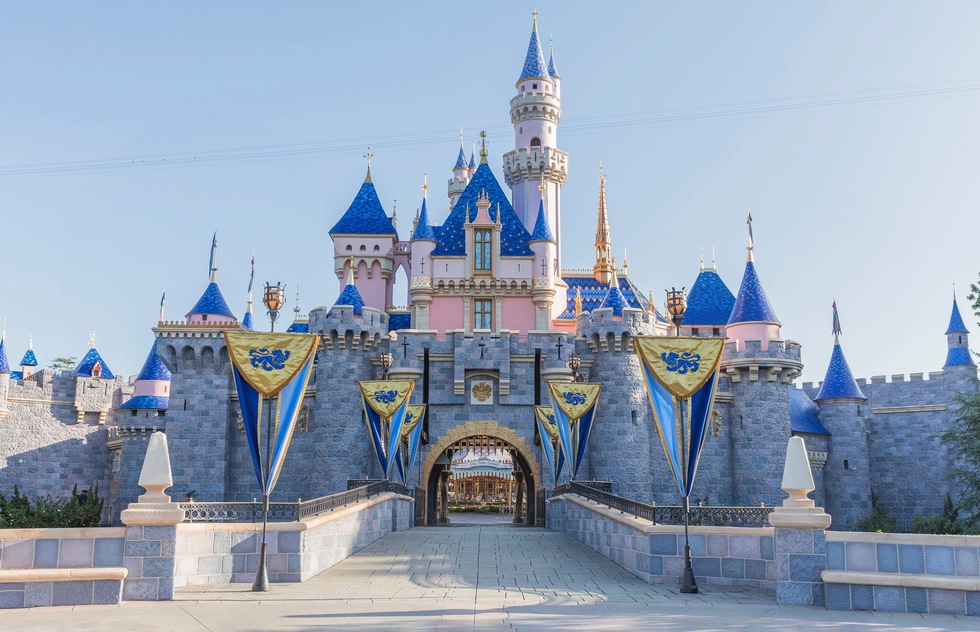 After a closure that has lasted since March 14, 2020, California's Disneyland has finally set its sights on reopening.

Disney CEO Bob Chapek announced to shareholders that he hopes the park will be able to reopen to the public in late April.

But there's a big caveat about who that opening audience will be, and a lot of things have to happen before the resort can meet the new, state-issued requirements and officially nail down a return date.

First, the Covid-19 infection rate in Disneyland's home county, Orange, must decline to the point where it meets the state's safety targets. That is projected to happen soon.

The resort also intends to bring back some 10,000 furloughed employees and retrain them to operate Disneyland and sister theme park Disney California Adventure under Covid-safe protocols.

The four theme parks of Walt Disney World in Florida reopened with restrictions last July. California's Disneyland attempted to follow suit in time for its 65th birthday on July 17, even issuing an announcement of its return. But state regulators put the kibosh on that plan. While California theme parks remained padlocked, however, Disney was able to partially reopen its shopping-and-dining development, Downtown Disney, under strict safety protocols.

As we reported in August, the safety system used by Disney in Florida appeared to be effective, but the company was still unable to obtain permissions from the California government to bring customers back during the worst of the coronavirus pandemic.

The 500-acre Disneyland resort, which opened in 1955, is much more compact in size than the company's 25,000-acre Florida campus from 1971. California guests are shoulder-to-shoulder by comparison.

The restrictions for reopening will be tight. The state recently issued guidelines stating that the parks will be limited to 15% capacity at first. As Orange County meets infection target levels, the limit will be expanded to 25% or 35%, depending on the risk assessment.

Not every amenity will be available, either. Meals must be eaten outside, and indoor rides will be individually assessed before the green light is given to operate.

Most interestingly, only California residents will be allowed to visit the park in the first phase of reopening, according to Dr. Mark Ghaly, the secretary of California Health and Human Services.

Disney's Florida parks did not come back with a similar restriction. It's not yet clear how that will be enforced or what Disney will do about parties that include guests from multiple states.

But the provision kills any chance of Disneyland regaining its status as a tourist attraction right out of the gate.

Another thing you won't find at Disneyland after its rebirth: pass holders. During the pause, Disney dumped everyone who had purchased an annual pass and is now in the process of issuing refunds.

Overcrowding has been a central complaint at the California parks for many years, and Disney decided to use the closure to reset how it handles admissions. The incoming annual pass system, if there is one, has not yet been announced.

In adjoining Los Angeles County, theme park Universal Studios Hollywood is also prepping for its own as-yet-unscheduled return. Operators sent a notice to annual pass holders assuring them the park was looking forward to welcoming them back.

The returning Disneyland will be very different from the one we left in March 2020, to be sure. But with an American fairy tale icon like this, it's perhaps better to have a securely abridged version than to keep the book closed entirely.

You might like our photo feature Secret Historic Artifacts in Disneyland That Most People Don't Know Are There.

Update, March 17, 2021: Disney has confirmed that both Disneyland and Disney California Adventure parks will reopen as of April 30 for California residents only. Capacity will be constrained, so advance reservations are required. Disney’s Grand Californian Hotel and Spa reopens April 29. No reopening date has been announced for Disney’s Paradise Pier Hotel and the Disneyland Hotel or their restaurants.

Parades, fireworks, personal character greetings, and performances that attract crowds will be suspended. Not all attractions and rides will be available, but a final list of temporary closures has not been released. Walt Disney Company CEO Bob Chapek told Los Angeles' ABC 7 that "most, if not all" attractions will be open, and Park Hopping (the ability to visit both parks in a single day) is expected to be available.