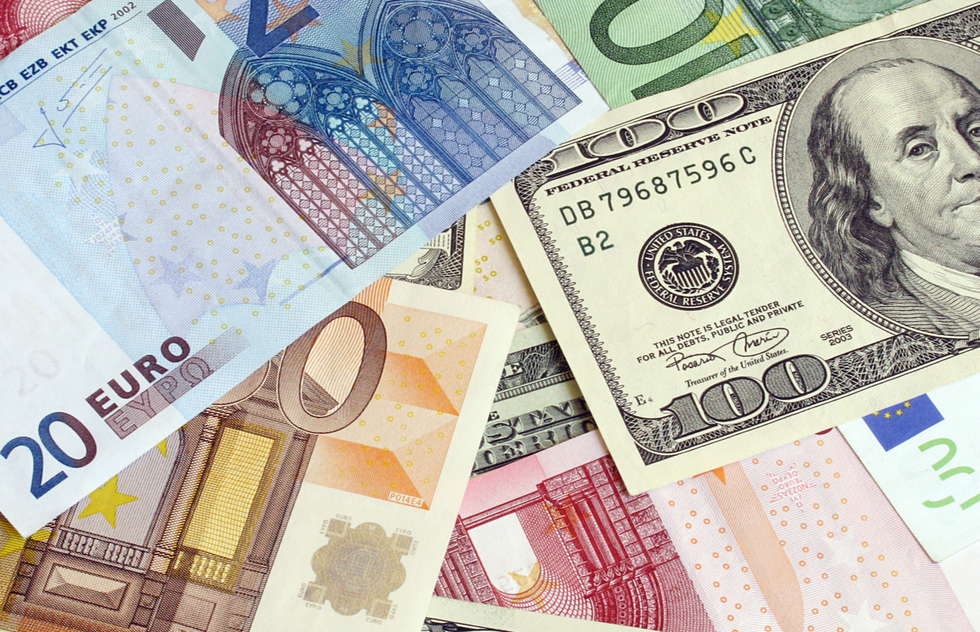 For Americans, Europe Will Be Way More Affordable This Summer—Except for Getting There

That is the European currency's lowest rate against the U.S. dollar in years, and, in fact, some analysts predict that the two will soon achieve parity (i.e., €1 = $1) for the first time since 2002.

Several factors are driving the dollar's surge, according to Bloomberg, including the Federal Reserve's aggressive interest rate hikes and the dollar's perceived status as a safe haven for investors amid global crises such as Russia's invasion of Ukraine.

That conflict has hurt the euro, meanwhile, because, as the Associated Press reports, the continent's rising energy costs, resulting in part from a heavy reliance on Russian natural gas, have provoked fears of stymied economic growth in the 19 countries that use the euro.

The upshot for the many American tourists planning to make a return this summer to European travel after two years of pandemic doldrums: some of the most favorable rates in recent memory for spending on hotels, restaurants, and attractions.

Even if the currencies don't quite hit a one-to-one exchange, spending just 4 cents extra for every euro is significantly better than the typically 20% to 50% higher rates of the last two decades.

In May 2014, for instance, 1 euro was equivalent to $1.37, amounting to a 37% surcharge on everything an American bought in Europe since, as Afar points out, what shows up on your bank statement back in the U.S. is the dollar equivalent of what was spent in euros.

With the current rate, though, €150 equates to a not-too-shabby $156—savings that will add up exponentially across the vacation.

That's a rare piece of positive budgeting news, at least for Americans, in this season of soaring fuel prices and spiking airfares.

Airline fuel costs and understaffing issues have already pushed ticket prices way up this year, and by all accounts the situation will only get worse during the busy summer months.

For Americans heading to Europe, it should be some comfort to know that at least a portion of the increase in airfare may be offset by the dollar-friendly exchange rate once you get to Europe.

We'd hate for a little thing like the Atlantic Ocean to get in your way, so if you need help finding affordable plane tickets this year, consult Frommer's for tips on timing, the best airfare search engines to use, and last-minute strategies to try.