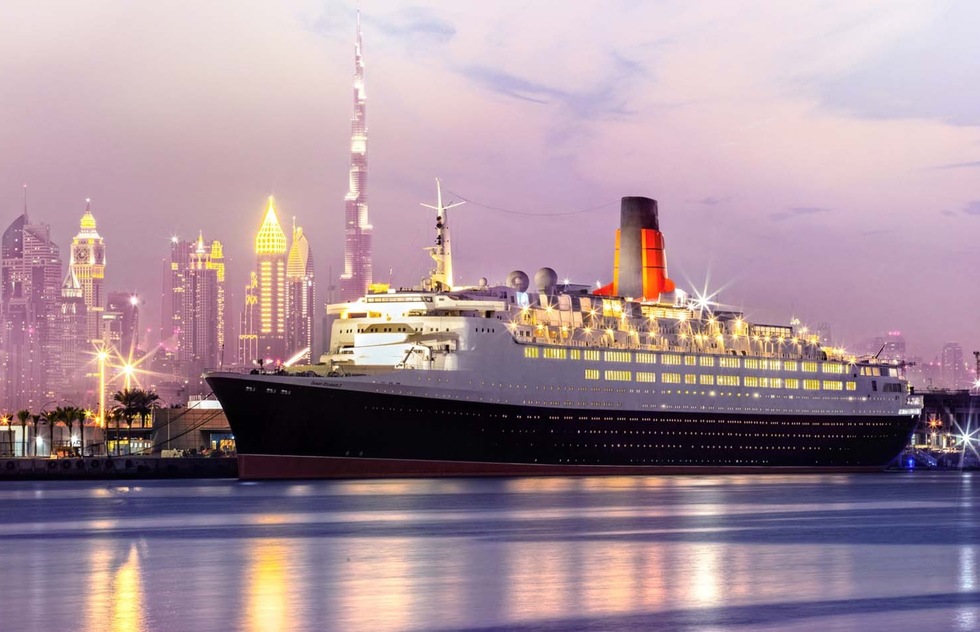 In a recent YouTube video about why and how ships get scrapped, maritime historian Chris Frame slipped in a striking fact.

Comparing the remnants of Ancient Egypt with the golden age of ocean travel, he said, "There are more pyramids you can visit today than there are original, preserved ocean liners."

When it comes to preserving its heritage, the cruise industry is adrift. That's understandable. Maintaining old vessels is so expensive that it's almost never done. When times get hard, ships get sold or broken up for scrap, so most evidence of the glory years of luxury liners has slipped away like Leonardo DiCaprio when Kate Winslet hogged that floating door.

Plans to restore the gutted SS United States, a sleek engineering triumph that set speed records in 1952, have all but foundered. The vessel has languished in Philadelphia since 1996.

One of the few grand ocean liners we still have, the famed Queen Mary, was purchased by Long Beach, California, in the late 1960s. Though launched in 1936—a high-water mark in ocean liner travel—the ship's interiors date to the years after World War II.

The preservation of the Queen Mary has not been optimal. Much of the ship is now shabby or disfigured, and some of it has been reported to be in such disrepair as to be a danger to staff members. Frommer's has covered major scandals involving poor maintenance.

"The ship has never been in a worse condition than it is now," reported an official inspector in July 2019.

This week, though, the issue reached a crisis point when the directors of the trust that controls the Queen Mary were arrested in Singapore for allegedly failing to disclose information to investors. In March, the trust reportedly defaulted on a loan to the tune of $341 million, and in August there were new reports that an unauthorized application for $2 million in Covid-19 bailout funds was made.

Singapore's government plans to release the full results of a financial investigation soon.

But there is some good news about at least one antique ocean liner: After many delays, the world-famous Queen Elizabeth 2 is officially back.

Built for the Cunard line in 1969, the ship made more than 800 crossings of the Atlantic Ocean and carried some 2.5 million passengers during the years it was in service. Now it has just reopened as a floating hotel in Dubai's Mina Rashid port district, where the vessel has been docked since 2008.

The new owners poured $100 million into refurbishing the interior to a semblance of its late-'60s sheen, which broke from Art Deco maritime traditions by using modern materials such as glass, stainless steel, and sea green leather.

Originally, the QE2 was intended to make a jubilant return to tourism by housing attendees of the now-postponed Dubai Expo 2020. The pandemic disrupted that plan, but at least now the city, much of which didn't even exist when the QE2 was sailing, has added a new 13-deck hotel with a distinct history.

Because the QE2 is still in the first phase of reopening in its new guise, not everything is available yet. While restaurant reservations and 244 staterooms are ready, the gym, spa, theatre, and full shopping options are on hold.

Tours led by former crew members will soon be available for non-guests. Overnight hotel rates start around US$200 a night.

If you can't wait to have a look inside the esteemed ship, explore with this affectionately thorough video tour by a well-informed fan. This was released last December, when the hotel was gearing up for what was supposed to be an opening only a few short weeks away.