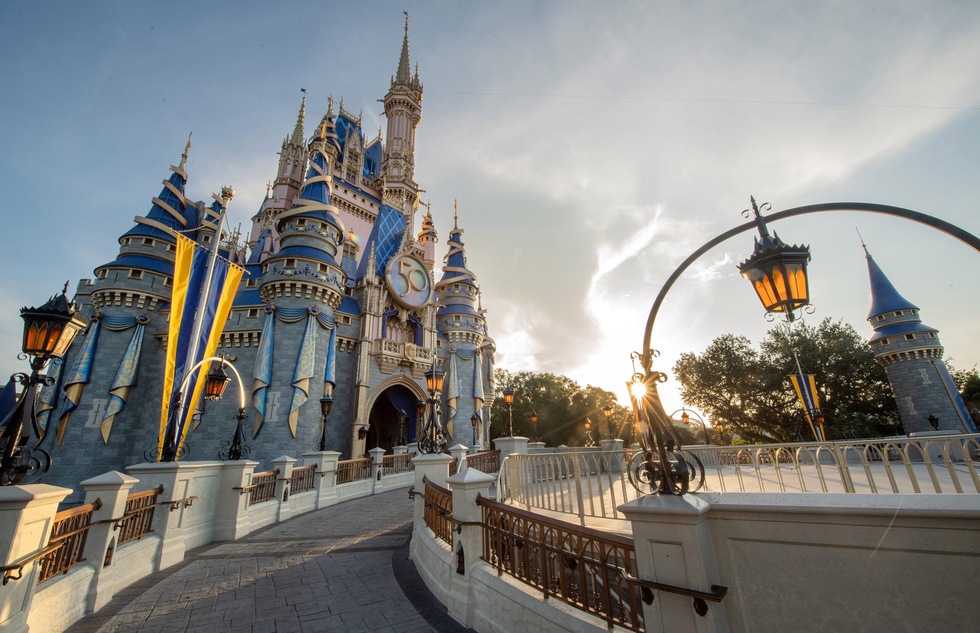 Walt Disney World’s 50th Birthday Is an Anticlimax—So When Should You Go?

In 2021, Walt Disney World in Florida turns a half-century old.

On October 1, 1971, Walt Disney's brother and business partner, Roy, dedicated the East Coast version of California's Disneyland (and died less than three months later). At first, there wasn't a lot: Magic Kingdom—Florida's scaled-down answer to the first park in Anaheim—plus a few places to stay, one of them a campground.

Today, of course, WDW is a vacation behemoth with four theme parks, two water slide parks, dining-and-shopping areas, and more than two dozen Disney-operated hotels, all of which are still clawing their way back following pandemic-related closure.

Past Disney anniversaries have been lollapaloozas of new attractions and guest benefits. One of the best, "The Year of a Million Dreams," kicked off on the resort's 35th birthday in 2006 and turned into an 18-month party during which guests were randomly awarded with treats and prizes as they walked around the parks. The fancy overnight suite that opened inside Cinderella Castle remains the stuff of legend.

Disney fans had been expecting the 50th anniversary to be even more joyous and surprising.

That was not to be.

Two years ago at its fan club convention, D23 Expo, Disney teased a host of improvements that seemed to be timed for opening during the anniversary year.

Many, such as an announced Mary Poppins–themed attraction and a lavish new multilevel Festival Center and Play! pavilion at Epcot, were explicitly promised "just in time for the 50th anniversary of Walt Disney World Resort!" But those additions have now disappeared from promotional materials.

Major revisions at Splash Mountain and Spaceship Earth have also not commenced on schedule, and both rides are still operating in their obsolete versions.

At the same time, some capital improvements that were supposed to have opened in time for the 50th anniversary, such as a clone of the Ratatouille-inspired ride at Disneyland Paris, were simply postponed, sometimes by a year or more, so their openings could fill the newly stripped-down roster of anniversary events.

Also deflating the party: Disney has not replaced the huge roster of live entertainment that was axed in 2020. Other workers may be returning to their jobs after pandemic closures, but Disney's fired performers have not been fully rehired.

Instead, the 50th anniversary event is no longer looking like a cavalcade of epic transformations, but more like an 18-month promotional campaign dotted with the openings of a few rides that were supposed to have been already finished by now.

• After sitting completed but in mothballs for about a year, Remy's Ratatouille Adventure ride at Epcot will finally open October 1 (officially—it's already operating in preview mode). The attraction is family-friendly, low-speed, and indoors. The experience is a direct descendant of Disneyland's original Fantasyland rides that essentially retold the plots of the brand's popular animated films.

• Also on October 1, Epcot gets a new nighttime lagoon show called Harmonious (Disney styled it HarmonioUS in early promotional materials, but that seems to have fallen by the wayside). Some fans have complained that the hulking equipment needed to create the spectacle has spoiled the idyllic look of the World Showcase Lagoon. On the flip side, there's no doubt the company has poured funds into building some pretty interesting tech to power the new diversion, which replaces the beloved IllumiNations:Reflections of Earth.

• At Disney's Animal Kingdom, the show Disney KiteTails, which is built around banner-like characters being tugged through the air by watercraft, debuts October 1 at scheduled times over the water by the Asia section. Too bad the attraction's closest neighbor, the star roller coaster Expedition Everest, will be closed for a big chunk of 2022.

• Also at Epcot, Guardians of the Galaxy: Cosmic Rewind will be an indoor roller coaster on which the cars rotate to take in various scenes along the path. Construction of the envelope-pushing attraction, which sits in a gargantuan (and, it must be said, ugly) hangar beside the park's entrance, has moved at a glacial pace since 2017. As Orlando Weekly points out, Cosmic Rewind has taken "longer than the entirety of Epcot to build" in 1982. If you want to know when you can finally take a ride, Disney hasn't announced a date yet. The smart money is on 2022, a half-decade since ground was broken.

• Magic Kingdom gets its own high-speed coaster, Tron Lightcyle Power Run, but not in 2021, as originally promised. Progress on this one, a duplicate of a very successful thrill ride at Shanghai Disneyland (see our photo tour here), has been moving at a molasses-slow pace, and it won't be ready until 2022 at least. And as long as it isn't ready, Magic Kingdom must do without its iconic Walt Disney World Railroad, which closed in 2018 to accommodate construction.

That's all the major mainstream stuff. Disney could always stun us with some unexpected announcements, but those are the construction projects that could possibly yield the next big-ticket draws.

Most of the other changes that are being doggedly promoted by Disney as "celebrations" are so minor they probably won't persuade the average vacationer to fly halfway across the country for. Things like:

• Some in-person characters such as Mickey Mouse have been given shimmery new costumes. You might not even notice the difference, but the company's marketing department assures us the shiny looks are "EARidescent."

• Each of the four theme parks' main architectural icons—Cinderella Castle at Magic Kingdom, Spaceship Earth at Epcot, and so on—will be given a new lighting design during the promotional period. New lighting packages are something that appear all the time without fanfare, but Disney has been promoting the tweaks as Beacons of Magic. Cinderella Castle also has some temporary decorations (pictured above), but they're nothing as elaborate as the birthday cake cladding that swaddled the building for the 25th anniversary in 1996. The new lights and decorations will be pretty, no doubt, but it's silly to think they'd drive visits from anyone except locals.

• This September, Epcot gets a new restaurant, Space 220, which was also delayed without explanation for years. The gimmick: Customers dine in an imitation space station and look out at screens that simulate orbit. It's a cute idea, like Rainforest Cafe in zero gravity—or a 21st-century upgrade of Disneyland's old Flight to the Moon/Mission to Mars concept, served with fries.

• Mini-statues of 50 Disney characters will be scattered around the parks as part of the Fab 50 Character Collection promotional ploy that's sure to temporarily clog Instagram feeds. It would have been interesting if Disney had chosen to honor the heritage of the resort with some deep cuts—why not Tomorrowland's retired PUSH the Talking Trash Can, Epcot's bygone Dreamfinder, or the Robot Butler from Epcot's long-lost Horizons? Instead, the head office simply picked 50 characters the company happens to own. Some, like Soul's Joe Gardner and The Incredibles' Edna Mode, have nothing at all to do with the Florida property. Anyway, mini statues advertising corporate product probably aren't something special enough to pack up the kids and drive 800 miles to see. (Opens October 1)

• Star Wars: Galactic Starcruiser is a role-playing, space-themed hotel alongside Disney's Hollywood Studios. It looks like the hotel will be absolutely incredible, but stays cost upwards of $6,000 for two nights for a family of four. So that's not something most visitors are realistically going to be able to do. (Opens spring 2022)

Is that list of additions worth planning a visit for? Probably not until everything is open.

On Walt Disney World's true 50th birthday, October 1, 2021, very little of the best stuff will be ready—and none of the major additions that are finished (except for a newly programmed fireworks show, Disney Enchantment) will be located at Magic Kingdom, the theme park the anniversary is supposed to honor.

We'd advise putting off your Walt Disney World trip until everything has finally come online. Based on the limited information being provided right now, that should be by late 2022. (That will give you extra time to save up—the cost of enjoying the parks is skyrocketing in unexpected ways.)

There's one more wrinkle that makes a fall 2021 trip to Disney less enticing. That's the announced autumn rollout of Genie+ and Lightning Lane, the resort's new pay-to-play system that replaces the retired, free FastPass+. The new program, which relies on the Disney World app to function, has not been tested on a large scale, so there's likely to be a painful period of glitches and necessary adjustments in park operations. If you're planning a visit from out of state, we recommend waiting until the complex new system finds its rhythm—once again placing our ideal time to go in late 2022.

By late 2022, marquee draws like Magic Kingdom's Tron and Epcot's Cosmic Rewind should (fingers crossed) be working. Until opening dates are confirmed, we can't tell you when you should plan to return to Walt Disney World to enjoy the fruits of the 50th anniversary promotion.

We just know it's not yet.