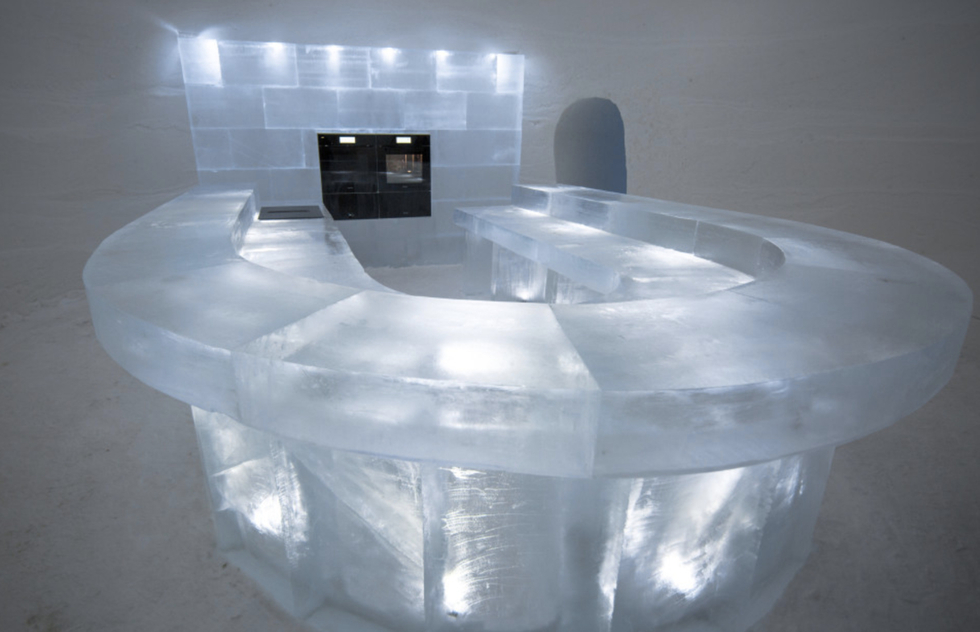 Finland Created a Kitchen Made Out of Ice—and It Works

As if a hotel built from more than 20,000 tons of ice and snow weren't impressive enough, the designers and igloo constructors of Lapland Hotels SnowVillage in northern Finland keep finding ways to melt the hearts of guests who might have grown cold to the wonders of elaborate winter sculptures.

In 2018 and '19, the seasonal property, located in the Arctic Circle near Kittilä in Finnish Lapland, unveiled a spectacular Game of Thrones–themed iteration complete with a frozen Iron Throne and intricately detailed dragons, giants, and White Walkers. (How many overnight guests do you think captioned their Instagram photos with some variation of "Winter is coming"? All of them?)

This winter's SnowVillage—the 19th version—may not be as showstopping as that one, but it does have at least one cool (pun intended) innovation: a functioning kitchen encased in ice.

Created by chef Sirly Ylläsjärvi (a past contestant on the Finnish version of MasterChef) in conjunction with Lapland Hotels and Miele appliances, the "frozen chef's table" is a culinary experience where attendees gather around a large U-shaped counter made of ice to watch a chef prepare a gourmet meal using ovens and a stove that are also set in ice. 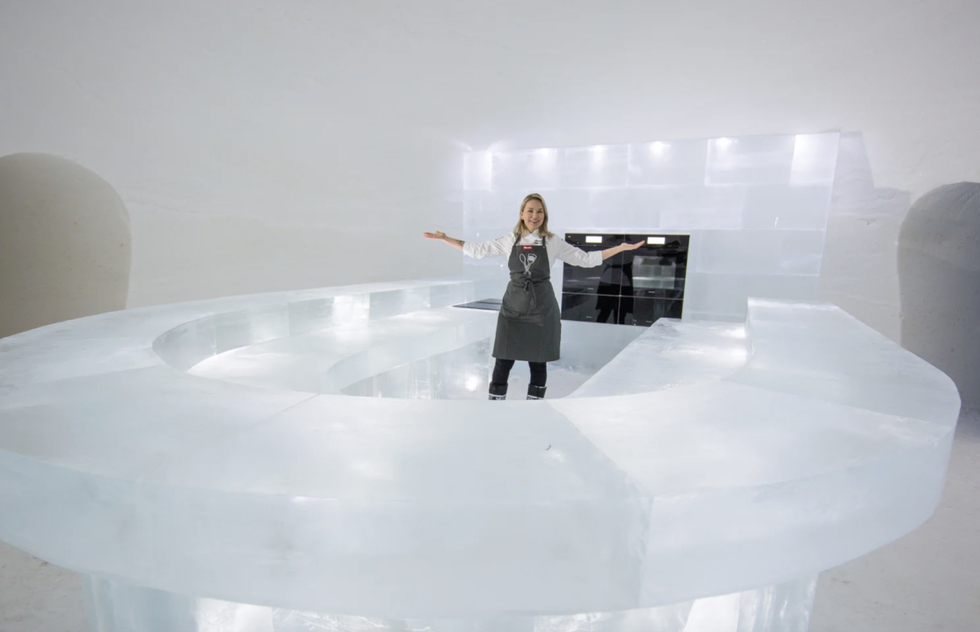 The fire-and-ice cooking events, which can be booked separately from hotel stays by private groups, feature drinks, food, info about the cuisine, and, we're guessing, a fair number of questions about why the oven doesn't melt the place down.

SnowVillage technical director Tomi Kurtakko says in a news release that the hotel partnered with Miele on the project to make sure everything works without a final result that recalls the end of "Frosty the Snowman."

"The people at Miele know their equipment and we have knowledge of ice," Kurtakko says.

Lapland Hotels claims this is the world's first fully functioning ice-encased chef's kitchen, and we have no reason to doubt it.

Ylläsjärvi, who also co-owns the nearby Aurora Estate boutique hotel, told us in an email that the chef's table menu will include sugar-salted whitefish, king crab, reindeer fillet, and chocolate cake. The price for the four-course meal with wine is €234 ($282) per person.

Outside of the restaurant, the theme of the SnowVillage hotel this year is "Macro World," with lots of oversize sculptures—giant toy blocks and teddy bears, for instance—to give the impression that visitors have been reduced in size. Call it "Honey, I Shrunk the Finns." 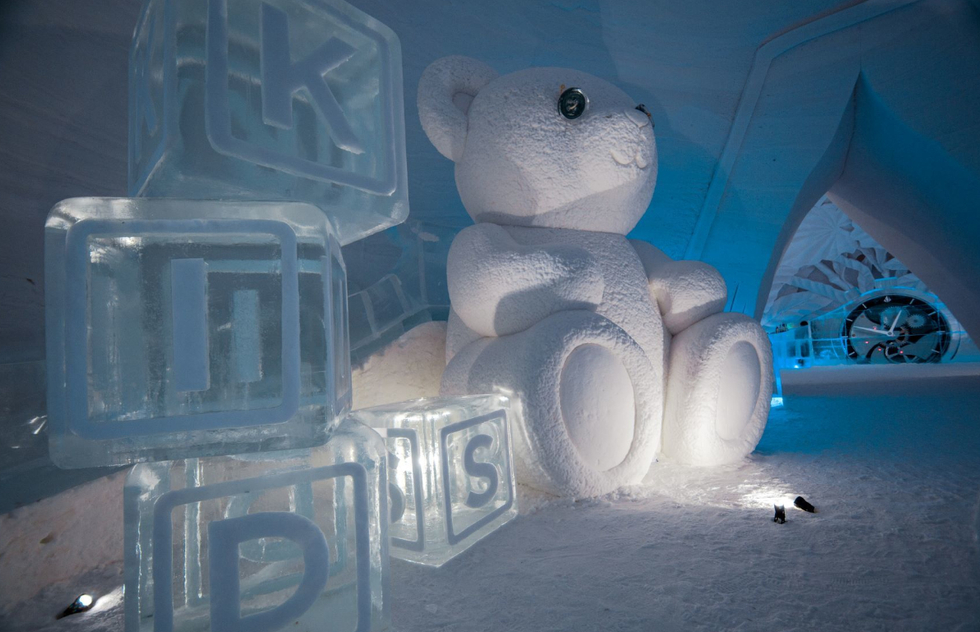