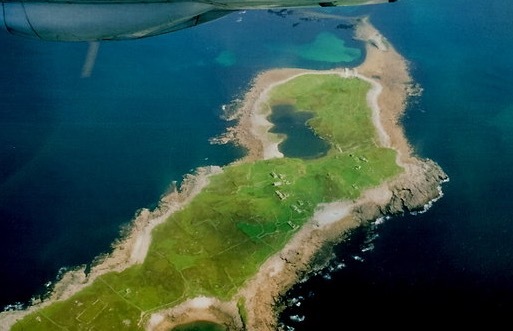 The World's Most Scenic Airports: A Ranking to Send Your Wanderlust Soaring

At this point, we'd probably feel awe gazing upon strip malls and empty parking lots as long as we got to see them from an airplane window again.

So we might just burst looking at the spectacular surroundings celebrated by U.K.–based jet-chartering platform PrivateFly in its annual ranking of the world's most scenic airports.

Based on a pre-pandemic survey of more than 6,000 flyers and aviation nerds, PrivateFly has given top honors for the third year in a row to tiny Donegal Airport on the northwest coast of Ireland.

The descent to the Carrickfinn facility supplies varied vistas encompassing the Atlantic Ocean, beaches, emerald pastures, islets (such as Inishsirrer, pictured in the photo above shortly before a Donegal landing), and mighty Mount Errigal.

According to CNN, six of the airports in this year's top 10 are appearing for the first time, including those in second and third place: Tanzania's Msembe Airstrip (#2), serving Ruaha National Park, and Greece's Skiathos Alexandros Papadiamantis Airport (#3), which puts planes close to a harbor in the Aegean Sea. 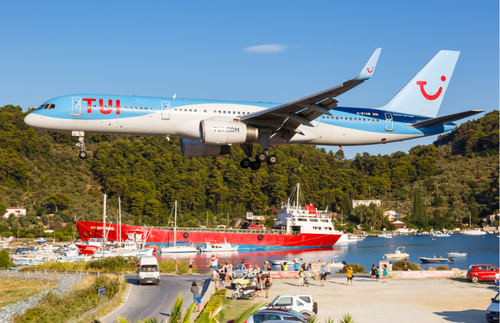 The highest-ranking U.S. airport was Florida's Orlando Melbourne International (MLB), which came in fourth. Because those runways are situated—despite the name—about 70 miles southeast of Orlando, the approach comes with views of the Space Coast and Atlantic beaches.

Most of the remaining airports in the scenic top 10 make the list for the obvious reason that they're located in island paradises such as Bora Bora (#6), the Seychelles (#8), Fiji (#10), and St. Maarten (#7), where planes come dramatically low over Maho Beach before landing at Princess Juliana International (SXM).