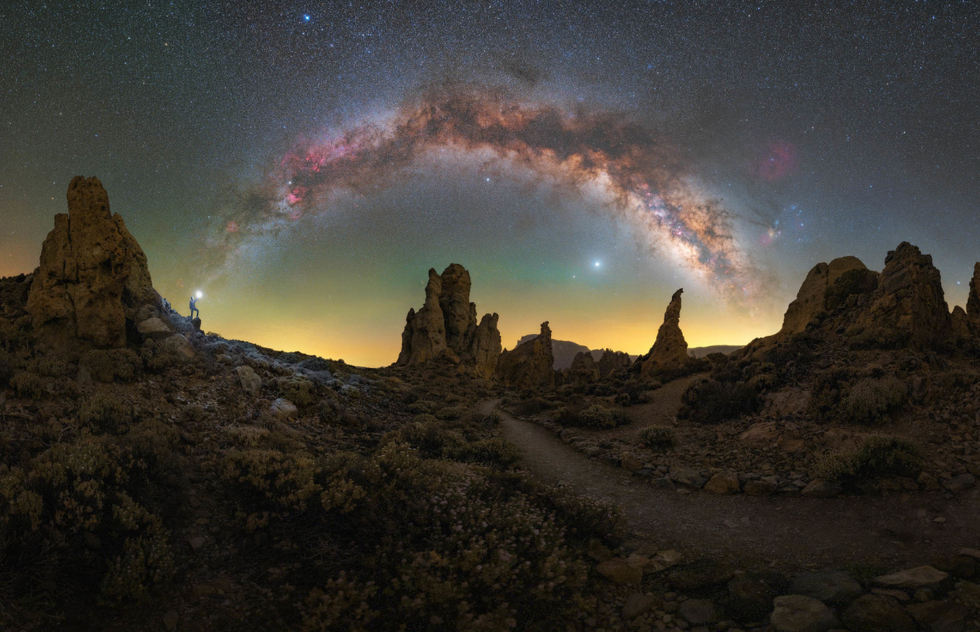 "Rising from the Dust" by Lorenzo Ranieri Tenti

About 100 billion stars make up the Milky Way Galaxy, according to NASA's Goddard Space Flight Center. But out here in our suburban solar system—located 25,000 light years or so from the center of things, galaxywise—all that cosmic radiance appears as a hazy, glowing band in the night sky.

Not everywhere, of course. Competing illumination produced by humans drowns out the galaxy's display in most places. But there are still some blessedly remote reaches—such as the spots recognized by the International Dark-Sky Association—where travelers can take in the luminously milky string of stars that gave the galaxy its name and inspired awe in our ancestors before they even had language to express it.

Each year, the travel photography website Capture the Atlas recognizes the 25 best photographs of the astro-spectacle with the Milky Way Photographer of the Year awards.

The results will make you want to take your own journey to a dark-sky park and maybe try your hand at photographing the Milky Way. Fortunately, Capture the Atlas has tips for both pursuits here and here.

You can see the full list of winners at the Capture the Atlas website. Below, we've gathered some out-of-this-world standouts, all taken from places where you can venture for the same view. 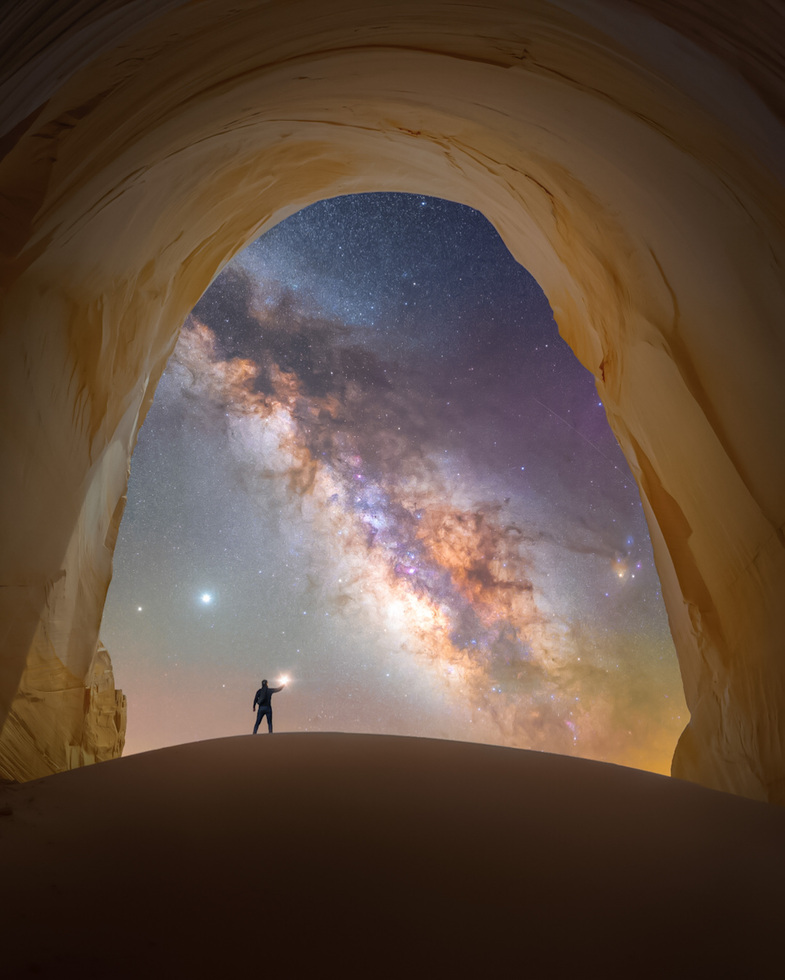 The otherworldly landscape of southern Utah's Grand Staircase-Escalante National Monument makes an ideal setting for Spencer Welling's image, titled "Chamber of Light." The photographer's description of the shot argues that "due to its remoteness, this natural stone chamber provides some of the clearest, most pristine views of the Milky Way framed by the copper-colored opening of the cavern." 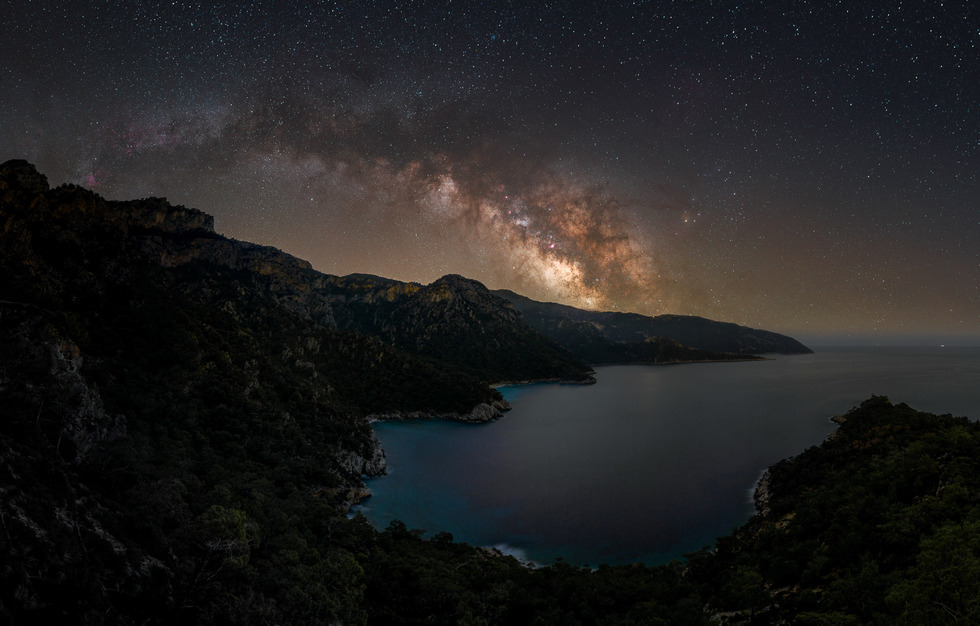 To get this view, photographer Alyn Wallace took to the Lycian Way, a long-distance hiking trail along the southwestern coast of Turkey. The beach's name, Cennet, translates to "Paradise" in English, which seems apt. 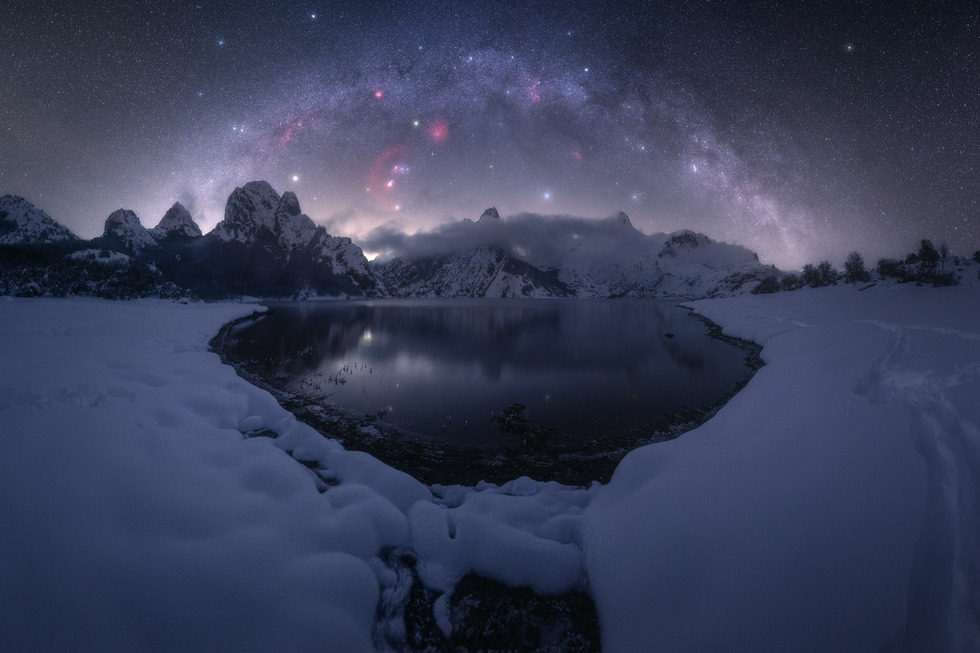 Taken in the mountainous province of León in northwestern Spain, Pablo Ruiz's nighttime image of the Riaño Reservoir looks like a winter wonderland. The photographer reports, however, that it was so frigid that night (maybe you remember Spain's record-breaking cold snap last winter?) that the camera's lens kept frosting over. Still, scenery like this is worth bundling up for. 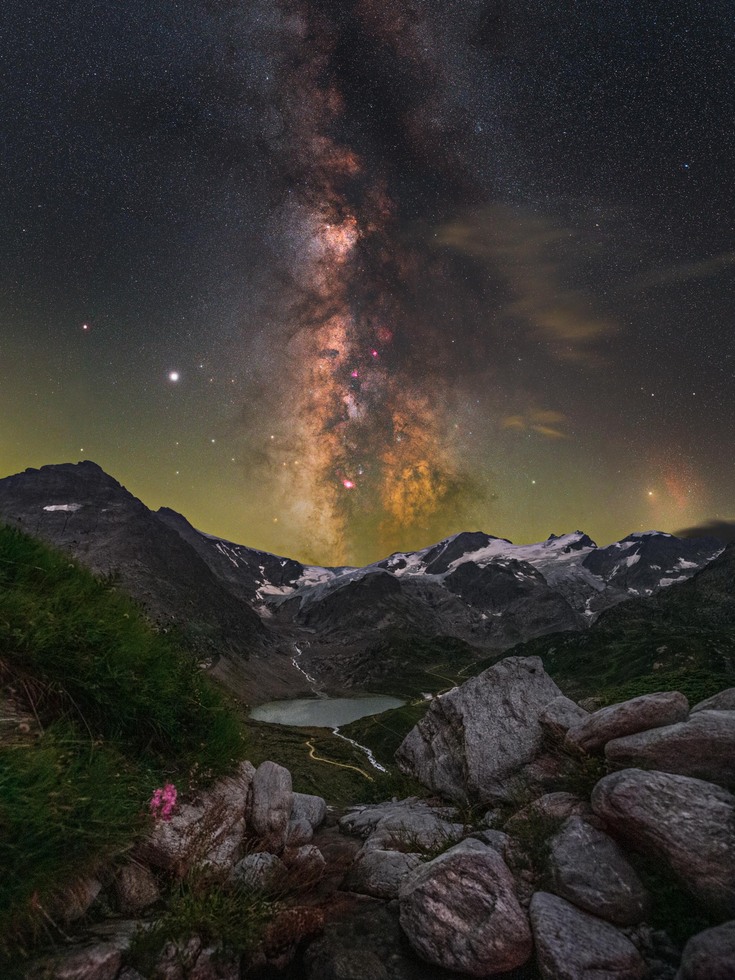 Steinsee is a small lake near a mountain pass in the Swiss Alps. The Milky Way resembles steam rising from the water in this photo captured by Benjamin Barakat.

“Our Lady of the Snows” by Uroš Fink
Velika Planina, Slovenia

Traditional shepherding culture hangs on in this high mountain plateau in northern Slovenia's Kamnik-Savinja Alps. As you might have guessed, the pastoral life emits very little light pollution. Throw in a high altitude and you get some spectacular nighttime scenery, as demonstrated by Uroš Fink's panorama centered on a wooden chapel.

For more stellar inspiration, check out our roundup Where to Stargaze: Dark Sky Parks in the U.S. and Europe.