Thank you for subscribing!
Got it! Thank you!
Home›Tips & News›Air Travel›How Soon Can You Fly with a Baby on an Airplane? 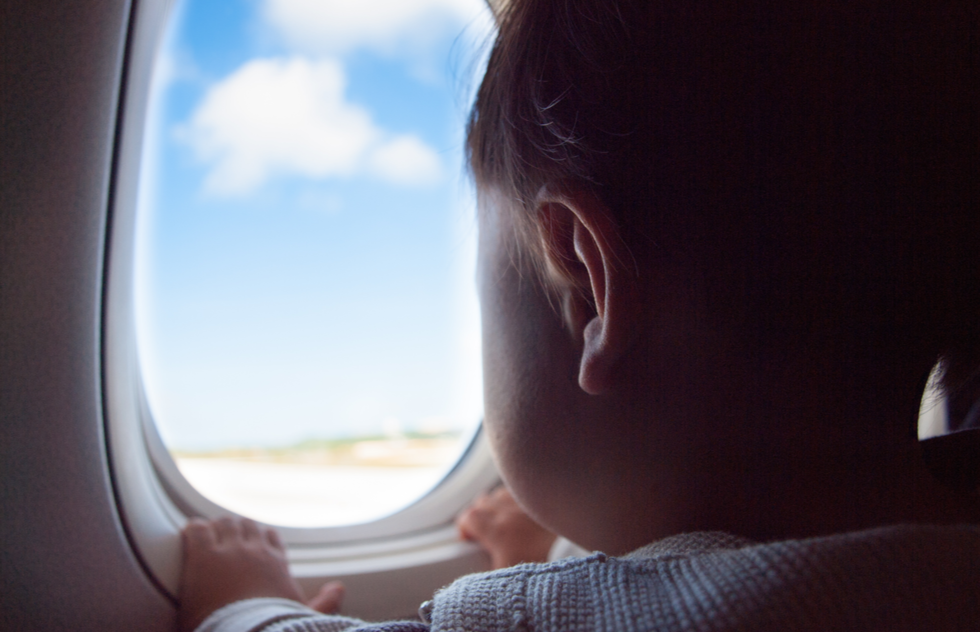 How Soon Can You Fly with a Baby on an Airplane?

When it comes to deciding how soon is too soon to take a baby on an airplane, new parents have two big considerations to contend with: 1.) what airlines allow and 2.) what's safe for the child.

Policies on age requirements for infants vary by airline. We've listed the rules for the seven busiest North American carriers below. Be sure to visit your airline's website for changes in the fine print.

• American Airlines: Infants as young as 2 days old may fly, but any babies under 7 days old must be accompanied by a medical authorization form completed by a physician.

• Delta Air Lines: Babies under 7 days old "may not travel unless accompanied by an approval letter from a physician."

• United Airlines: Infants younger than 7 days old are not accepted.

• Southwest Airlines: "A medical release for travel is required for any infant under 14 days old."

• Alaska Airlines: There is no minimum age, but "check with your doctor if you're unsure your infant should be traveling via plane."

• JetBlue: Infants as young as 3 days old may fly, but those between 3 and 14 days old must have written approval from a doctor.

• Air Canada: Infants as young as 7 days old are allowed.

In the U.S. and Canada, a baby under age 2 may travel for free on the lap of an adult passenger during a domestic flight and for a reduced fare on an international one.

Keep in mind, though, that the Federal Aviation Administration advises that the safer course of action is to place the baby in an FAA-approved child safety restraint system (check to see whether the kid's car seat will fit the bill) in the plane seat next to you.

According to the government agency, that setup provides better protection for the baby during unexpected turbulence—but will also require you to purchase a seat for the infant.

Even if you choose to travel with the baby in your arms for no additional charge, you will need to add the child to your reservation ahead of time so that the airline has a record of everyone on board.

Only one infant is allowed per adult lap, no matter which airline you fly. If you're the only adult traveling with more than one child under age 2, you'll need to purchase a ticket for at least one of them and put that baby in an FAA-approved seat next to you. Also, bless your heart.

Be sure to bring documents verifying your baby's age and identity, such as a birth certificate or immunization records, and an approval letter for flying from the newborn's doctor if the airline requires it.

Many airport and airline employees won't ask you to show proof of the baby's age, but some staffers are sticklers.

International air travel requires a valid passport from every passenger no matter how young, so a flight abroad for a newborn is pretty much out of the question. (At the poky rate U.S. passport applications are being processed these days, keep your fingers crossed that the kid will get the document before becoming eligible for Medicare.)

Kids under 12 don't require a membership to go through the TSA PreCheck security lane as long as they're traveling with grown-ups who have clearance to use it. (However, kids of all ages do require their own accounts with Global Entry to use that border entry lane with adults who are also members.)

As for the security screening at the airport, the Transportation Security Administration says you can carry a child under age 2 in your arms or in a sling as you walk through the metal detector, but blankets, strollers, seats, toys, and other infant gear must be placed on the conveyor belt.

Of course, an airline allowing your week-old baby to fly doesn't mean your pediatrician will recommend the trip.

A newborn's immune system needs time to develop, and air travel gives little ones lots of chances to come into contact with viruses and bacteria. A stomach bug or respiratory illness that older children and adults can get past with only minor discomfort can have serious consequences for an infant.

According to the Cleveland Clinic, a healthy baby's immune system typically matures after about two to three months.

For that reason, your doctor will likely advise holding off on taking the baby aboard a plane until after that time, if possible.

Still, it's important to discuss the matter with a pediatrician anyway because there might be other immune system–related issues to consider, such as whether the baby was born prematurely or has certain health conditions that make delaying air travel a smart move.

The Mayo Clinic suggests paying special attention to issues relating to the infant's ears and breathing.

Changes in air pressure during flight can cause ear pain in passengers of all ages. For a baby, sucking on a bottle or pacifier during takeoff and landing can help balance the pressure in the cabin and the middle ear. If the child has recently had an ear infection or ear surgery, your doctor is likely to suggest nixing air travel.

Those drops in pressure can also make breathing difficult for infants who were born prematurely or have heart and lung issues.

Parents should talk about that stuff with the baby's physician before taking to the skies as well.