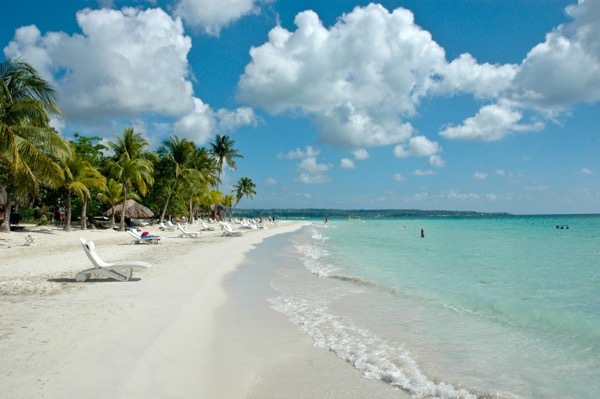 A month ago, when the Caribbean islands began laying plans for their reopening, welcoming travelers from the United States was the key concern because of the region's economic reliance on American tourists.

Today, the situation is souring.

Caribbean islands, many of which have successfully managed their Covid-19 infections, are scrambling to deal with the fact that the United States has not.

Coronavirus infection rates are so disastrous in the U.S.—and so out of step with the rest of the world—that flexible entry requirements for Americans are being rescinded and replaced with tough regulations.

Puerto Rico, itself a territory of the United States, has shifted from a welcoming posture to a defensive one. Previously, visitors from the mainland were temperature-checked upon arrival and then asked to self-quarantine for two weeks. Now, as of July 15, all arriving passengers must show the results of a Covid-19 test that was administered in the previous 72 hours.

Puerto Rico is already at a unique risk of infection. Damage caused by hurricanes and earthquakes created a diaspora of residents on the U.S. mainland, where high concentrations of island transplants live in counties that are particularly hard-hit by Covid-19. When those Puerto Rico natives fly home to visit family, they bring risk with them.

Jamaica (pictured above) had previously asked international visitors to get Covid-19 tests upon arrival at the airport. Now, the onus for proving sound health has been fully shifted to Americans; as of July 10, arrivals from Florida, New York, Arizona, Texas, and other states considered high-risk will have to obtain their own tests that are no more than a week old.

When the islands of Antigua and Barbuda, which had previously gotten the coronavirus problem under control, detected 39 positive diagnoses among visitors, the government instituted a 14-day quarantine. Rather than comply, some infected U.S. tourists decided to flout the request, suing the local government instead. To avoid such hassles, the country is now requiring Americans to get tested at home 48 hours before they depart for the Caribbean.

As U.S. infections skyrocket, nations across the globe are washing their hands of Americans. Other countries are telling each U.S. tourist to arrive with a fresh negative test in hand—or don't bother coming at all.

Some Americans seem to think that Covid-19 is nothing to worry about, or that it's merely a political cudgel designed to test individual autonomy, or that all doors will remain open to the U.S. simply because of the power of the American dollar.

Those attitudes are creating the American Pariah. U.S. tourists are being isolated by the nation's inability to get the coronavirus under control. The citizens of some 200 other countries around the world—places that have no interest in domestic U.S. party politics—can attest that concerns over Covid-19 are legitimate. More and more of those destinations will join Europe in not letting Americans in as long as they pose a danger.

In the Caribbean, that outcome would place the cruise industry in an especially perilous position. When cruises are finally ready to restart operations—which they currently hope to do by late summer—ships may find themselves denied by numerous Caribbean ports of call.

If the trend continues, cruisers will spend more days stuck aboard ships, forbidden to disembark.

Coronavirus denialism is a uniquely American problem. You don't see people in other countries carrying on this way, calling Covid-19 a dastardly mind-control hoax and refusing to wear masks.

For well-meaning, well-informed Americans who want to travel again despite the madness, it all goes back to the same thing Frommer's has been warning about for months: If Americans want the freedom to travel anywhere, they must have access to quick on-demand testing—something the U.S. federal government has not ensured for all citizens.

No testing, no freedom to travel.