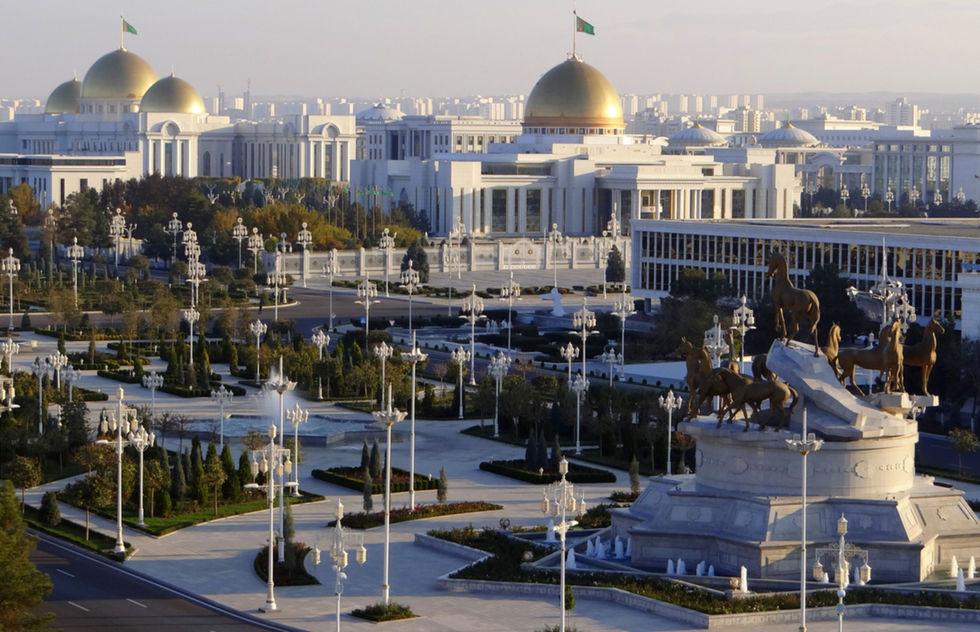 Interested in living abroad? Turns out you're likely to blow your budget fastest in Ashgabat, Turkmenistan, according to a well-regarded annual ranking of the world's most expensive cities for expats.

The Central Asian country's capital (pictured above) topped the 2021 Cost of Living index compiled by asset management firm Mercer, which compares prices for housing, transportation, food, entertainment, and scores of other expenses in 209 cities, using New York City as a baseline and measuring currency changes against the U.S. dollar.

Those economic factors are what made Ashgabat the most expensive place this year. Turkmenistan's financial crisis has brought about inflation spikes and food shortages, reports CNBC.

Similarly, Lebanon's economic depression, which was made worse by the pandemic and the costly and deadly Port of Beirut explosion in August 2020, explains the high placement of that country's capital city on Mercer's list. From its 2020 ranking, Beirut jumped 42 places to come in third in 2021.

The rest of the top 10 is populated with more predictably expensive Asian and European cities known for their prowess in the worlds of business and finance—as well as sky-high rents and steep charges for daily expenses.

With the euro gaining on the U.S. dollar during the pandemic, American cities proved less expensive for international workers than European ones. New York was the costliest in the country, ranking 14th, followed by Los Angeles (#20), San Francisco (#25), Honolulu (#43), and Chicago (#45).

Other ways Mercer found that Covid-19 has affected living abroad include travel restrictions and the widespread adoption of remote working assignments.

As many employees discovered during the pandemic that they could do their jobs from anywhere and several countries made remote worker visas easier to obtain in order to recoup lost tourism revenue, the digital nomad lifestyle grew more appealing and more possible than ever.

Frommer's has covered several opinion surveys and analyses of search engine data claiming to show the most desirable places for relocation.

But which are the most affordable?

According to Mercer, the least expensive cities for expats are Bishkek, Kyrgyzstan; Lusaka, Zambia; and Tbilisi, Georgia.

Were any of those at the top of your wish list?

With all due respect to Bishkek, you might be more tempted by the affordable cost of living in certain beach-adjacent locations such as Rio de Janeiro (the 19th cheapest city on Mercer's list), Cape Town, South Africa (32nd cheapest), and Santo Domingo, Dominican Republic (36th cheapest).

The 10 most expensive cities for expats, according to Mercer's 2021 ranking: