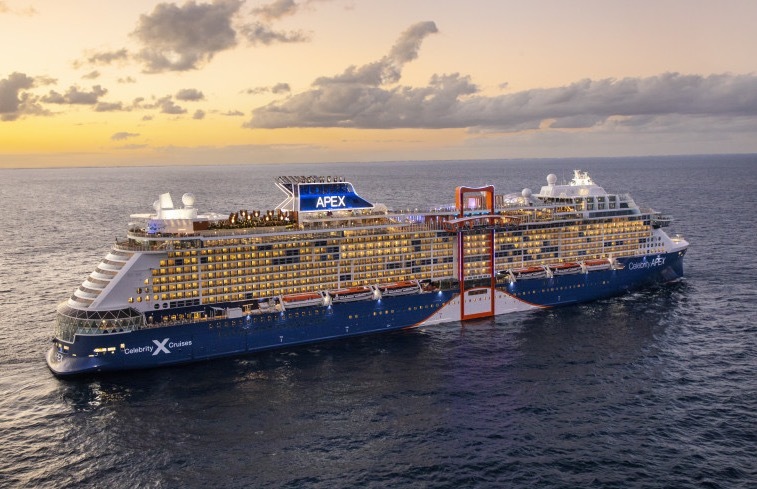 Yet another major cruise ship has been added to the growing lineup of vessels eager to serve American vacationers—but not in the United States.

With the U.S. government's Conditional Sailing Order still hampering the full return of cruising to Yankee shores, Celebrity has elected to send the new Celebrity Apex to Greece.

Starting June 19, the long-delayed ship will debut with 7-night trips out of Athens, calling at the Greek islands of Mykonos, Rhodes, and Santorini as well as at Haifa, Israel, where day trips to Jerusalem will be conducted.

Celebrity's vacations will be all-inclusive; during the pandemic pause, the line switched to a pricing format that includes alcohol and tips in the base fare.

The cruise line had previously announced that its older Celebrity Millennium will base itself in the Caribbean this summer at the port of St. Maarten. Royal Caribbean and Crystal will provide their own warm-weather runs that center on Bermuda and the Bahamas, respectively.

Like Celebrity, Royal Caribbean will also debut its latest ship, Odyssey of the Seas, not in the waters close to American vacationers but in the eastern Mediterranean. The vessel will port in Haifa, which is also a stop on the just-announced itineraries for the Celebrity Apex.

As of July 7, another of Royal Caribbean's largest ships, Anthem of the Seas, will be based in Southampton, England, to serve British vacationers. Ports of call will include Liverpool, Kirkwall (Scotland), and Belfast, Northern Ireland. All passengers must have proof of vaccination except for kids under 18. Previously, the ship was based in the New York City area.

Mainstream brand Carnival Cruise Line has indicated that it will not join its rivals in requiring passengers to be vaccinated. The company's decision to continue to homeport in U.S. cities means that, so far, the line has been unable to announce its own legal return.