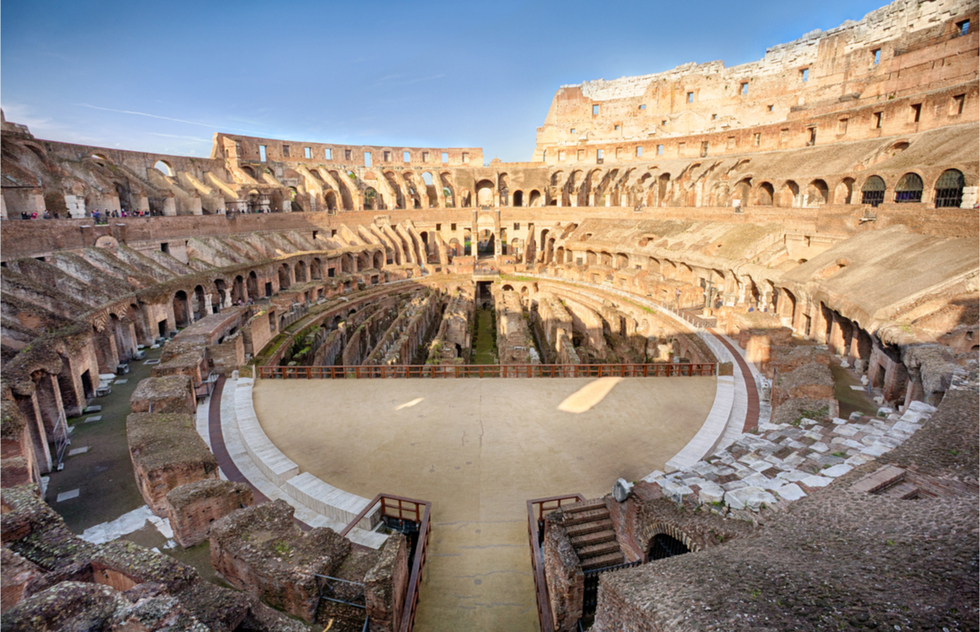 It's hard to imagine Italy getting any more magnifico than it already is for visitors. But the nation has been impressively proactive about improving access to its ancient wonders during the pandemic—moves that will make visiting the Boot even more fascinating in the near future.

In Rome, the tomb of the first emperor has opened to the public and the site of Julius Caesar's assassination will soon follow. In the ruined city of Pompeii, meanwhile, an ancient brothel, a pre-volcanic-eruption fast food stand, and the archaeological site's treasure-filled Antiquarium are all newly viewable.

Now word comes that Rome's famed Colosseum will be getting back a stage, over two centuries after it was removed to make way for archaeological digs.

According to Italian cultural minister Dario Franceschini, the stage inside the renowned amphitheater will be lightweight, high-tech, retractable, and removable, so if another administration decides it hates the plan, the stage can be taken out. The expected cost of the project is $22 million. It's expected to be finished in late 2022 or early 2023.

Franceschini told reporters that the stage will allow visitors to get a central view of the Colosseum from inside the oval arena, allowing them "to see the majesty of the monument."

It will be a vantage that was accessed by few ancient Romans—other than gladiators, of course.

Whether you get to walk on the stage will depend on when you visit. The stage will be retracted to air out the basement levels of the structure when needed. When rain is expected, the stage will provide better protection for those underground areas.

While the stage is being built and installed, the monument is expected to stay open to visitors. It reopened in late April after a 41-day closure related to pandemic shutdowns.

Visitor numbers are currently capped at 1,260 per day. Before the pandemic, as many as 25,000 people toured the site each day.