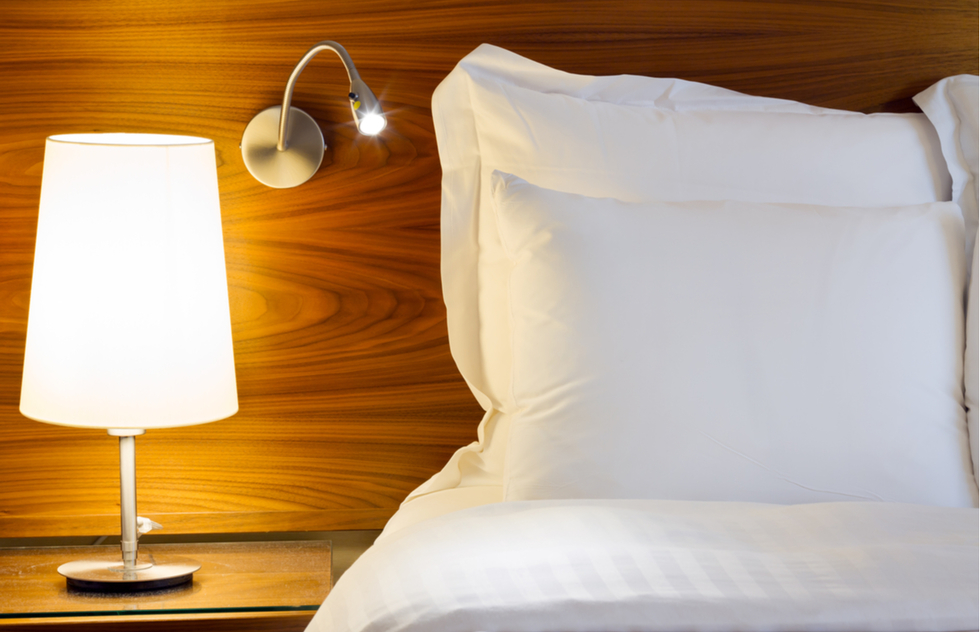 An investigative report that aired on the syndicated TV program Inside Edition this week found that hotel rooms—including the sheets—hadn't been thoroughly cleaned at three properties in New York City.

According to the report, producers from the show checked into rooms at the Hyatt Place Times Square, the Hampton Inn Times Square Central, and the Trump International Hotel. The producers and crew then applied a "harmless, washable" spray and gel visible only under black light to pillows, sheets, towels, and other frequently touched areas such as television remotes, thermostats, and counters.

After making the beds look slept in, the producers then checked out, left, and purchased the same rooms the following day using different names. Switching on the black light, the show found the spray still clearly visible on bedsheets and pillowcases at both the Hyatt Place and Hampton Inn hotels—indicating that the bed linens had not been changed between bookings.

To which we say: Barf.

Further, reporters found that the remote control hadn't been wiped clean at either property, and at the Hampton Inn, the thermostat buttons had also been neglected.

The Trump hotel fared slightly better—but only slightly. Though the sheets had been changed, the pillowcase had not. In addition, the remote hadn't been cleaned, nor had the counter over the minibar.

Not changing sheets between guests is gross at any time (for the record, it is possible to catch other people's diseases from bedsheets), but these lapses are especially disturbing during a pandemic.

To persuade customers to sleep away from home again, most hotels have, with much PR fanfare, rolled out "enhanced cleaning protocols."

But those measures don't inspire much confidence if hotels can't even meet baseline, non-"enhanced" cleaning expectations like, oh, ensuring that we're not putting our heads on dirty pillowcases.

Reached for comment by Inside Edition, reps for the Hyatt and Hampton Inn (a Hilton brand) separately promised internal investigations and retraining for housekeeping staff.

A statement from the Trump International Hotel asserts, “Following an internal review, we have concluded that the claims made by Inside Edition are categorically false."

Please note the restraint we are exercising in not connecting this bellicose denial, which flies in the face of video evidence, to the actions of any world leaders currently holding office.

For ordinary travelers concerned about hotel hygiene, it's probably a good idea to wipe down all room surfaces with sanitizing wipes once you check in.

You might also consider trading your pajamas for a hazmat suit.