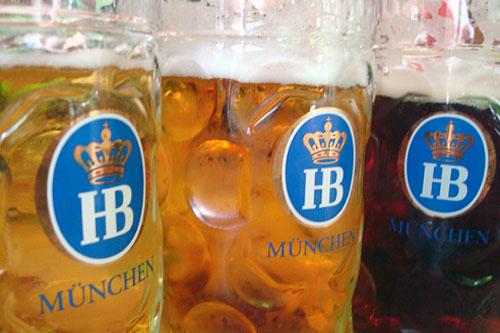 The World's Best Cities for Beer

We've willingly drunk our way around the globe to uncover the best cities for drinking beer. Here are the top 14 places to indulge in ale, lager, stout, draught, pilsner, and more.

Photo Caption: Get up close and personal at the famous Hofbräuhaus beer hall in Munich, Germany. Photo by jscott.perry/Frommers.com Community. 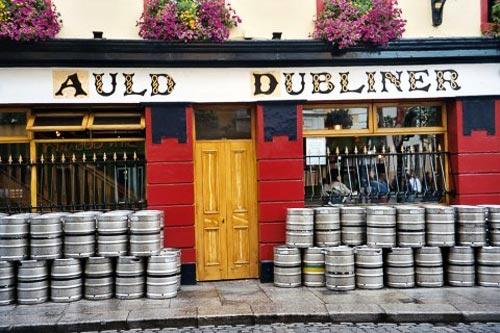 Where to Drink: No beer pilgrimage would be complete without the Guinness Storehouse tour (www.guinness-storehouse.com), which ends with the requisite free pint in the Gravity Bar. Perhaps the most celebrated beer institution is the Porterhouse (www.porterhousebrewco.com) and its nine exclusive beers. Throughout Dublin, local brews are served at hundreds of authentic pubs, including Dawson's Lounge, the traditional Stag's Head (www.thestagshead.ie), and the cool Solas (www.solasbars.com), which has a summer beer garden.

Photo Caption: The Auld Dubliner is one of many popular pubs in Dublin's Temple Bar area. Photo by amsher/Frommers.com Community.
advertisement 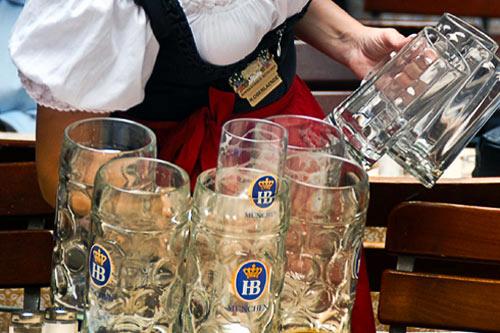 Where to Drink: Indulge in a classic Munich Helles pale lager from one of the city's six main breweries. Save time for the 11th-century Weihenstephan (www.weihenstephaner.de), the world's oldest brewery. Munich also has several traditional beer gardens that are ideal drinking spots in the summer -- try Seehaus (www.kuffler-gastronomie.de) for its view of the lake and the white swans in the English Garden. The Chinese Tower Beer Garden, also in the English Garden, features live bands playing traditional Bavarian music.

Average price for a half liter: €3 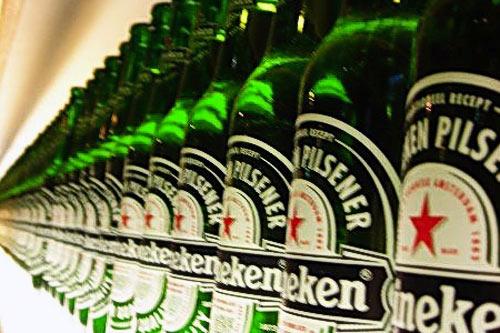 Frommers.com Community
Amsterdam, the Netherlands
The ancestral home of globally-recognized beers like Amstel, Heineken, and Grolsh, Amsterdam serves up dozens of styles, flavors, and labels.

Where to Drink: The Cracked Kettle (www.crackedkettle.com) is the place to buy your beer -- the shop stocks more than 500 types of beer and can ship internationally. If you want a place to sit down, try Café Gollem (www.cafegollem.nl) just across the road, serving nearly 200 beers; Cafe t'Arendsnest (www.arendsnest.nl), which has 100 varieties of purely Dutch beers from 50 breweries (of the 100 types, 30 are on tap); and IJ Brewery (www.brouwerijhetij.nl), which has its very own windmill and a tour that lets you sample 10 organic beer varieties made on-site.

Average price for a pint: €3

Photo Caption: Rows of Heineken bottles are lined up in the factory in Amsterdam. Photo by Estee623/Frommers.com Community.
advertisement 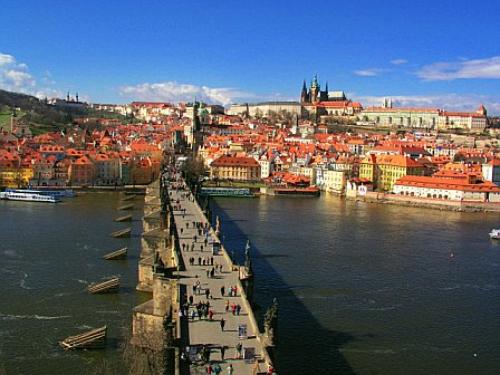 Jessica Bagar
Prague, Czech Republic
They certainly love their beer in Prague. Arguably the largest consumers of beers in world (more than 41 gallons per person per year), the Czechs are believed to have invented pilsner. The city also happens to be among the cheapest places in Europe for drinking amber ale. 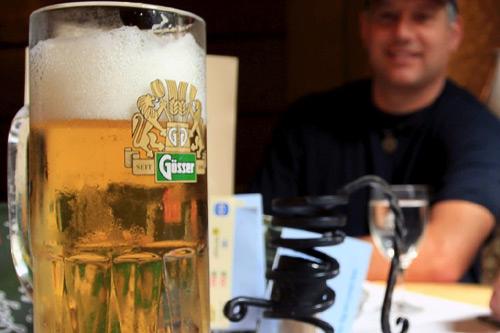 Frommers.com Community
Vienna, Austria
Can't think of an Austrian beer? Well, that's probably because the best beers in Vienna come from boutique microbreweries, so you won't find them outside Europe. Microbreweries are especially popular, but conglomerate brewer groups like Bräu-Union (www.brauunion.at) also dominate the local market with brands like Gösser, Zipfer, Schwechate, Wieselburger, and Puntigamer.

Average price for a pint: €4 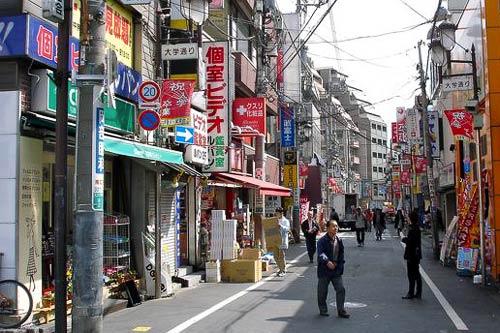 Frommers.com Community
Tokyo, Japan
Tokyo may not be cheap, but the beer is certainly easy to find: you can even buy cans from vending machines on the street (no ID is required). Although many pubs here try to cater to Western tastes and offer imported beers, most serve local varieties on tap. There is also a relatively new and vibrant Japanese craft beer scene (ji-biiru).

Where to Drink: Try Popeye (www.40beersontap.com) for its selection of 70 beers on tap that includes many hard-to-find local craft brews; Craftheads (www.craftheads.jp) for its draft and bottled beer; Ushi-Tora in Shimo-Kitazawa, which specializes in draft microbrews, Japanese beers, and a few international brews; and the Kura-Kura Bar (www.gnavi.co.jp) in Kanda, which offers 12 craft brews on tap.

Average price for a pint of craft beer: ¥1,200; pick up Asahi, Kirin, or Sapporo at vending machines for around ¥250.

Photo Caption: A side street in Tokyo, Japan. Photo by Bob Neale/Frommers.com Community. 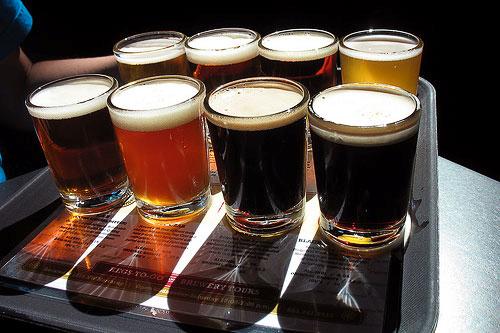 Erik++
Portland, Oregon
The West Coast beer haven of Portland has more breweries per person than any other city in the U.S.: more than 30 at last count. Hops and barley are grown locally, so you know that your microbrew will be fresh and natural.

Where to Drink: Try drinking at home-grown breweries and taverns like Widmer Gasthaus (www.widmer.com), the New Old Lompoc (www.newoldlompoc.com), and Bridgeport (www.bridgeportbrew.com). If you want to drink more, arrange a ride through Portland's Brew Bus Tour (www.brewbus.com), which visits 20 city establishments. The Oregon Brewers Festival (www.oregonbrewfest.com) is held each July and features more than 80 craft beers. 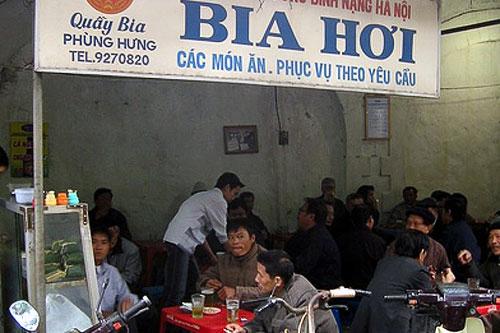 Hanoi Mark
Hanoi, Vietnam
The country's relationship with beer started in earnest during the Vietnam War when U.S. soldiers created an increased demand. Today, Hanoi has some of the cheapest and best varieties of beer in Asia. The most popular brands are San Miguel, Tiger 333, Bia Saigon, and Bière Larue. Make sure you also try Bia Hoi, or "fresh beer," a light-bodied pilsner without preservatives that is brewed and delivered daily to drinking establishments throughout Hanoi.

How to Drink: In general, beer is served over ice, and you always pour your friend's beer before your own. Toast by saying "tram phan tram" -- which translates to "100%" although it's likely that your local brew will only contain about 3% alcohol. 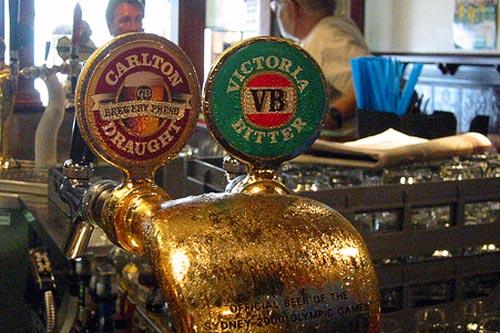 patrickkeane
Melbourne, Australia
Home to Carlton and United Breweries, Australia actively exports Foster's Lager, but locals prefer Victoria Bitter (VB), Crown, or Carlton Draught. With a pub seemingly on every major street corner in Melbourne, prices are relatively low (especially on tap), and tipping isn't required. Learn the terminology: "a shout" means you're buying the round, and "lite" actually means low-alcohol, not low-calorie.

Where to Drink: You can pick up a "slab" of 24 cans for around a A$1 per can at massive alcohol supermarkets like Dan Murphy (www.danmurphy.com.au). Or drink it on tap at Beer DeLuxe (www.beerdeluxe.com.au), James Squire Brewhouse (www.jamessquirebrewhouse.net), and the Local Taphouse (www.thelocal.com.au).

Average price for a pint: A$5 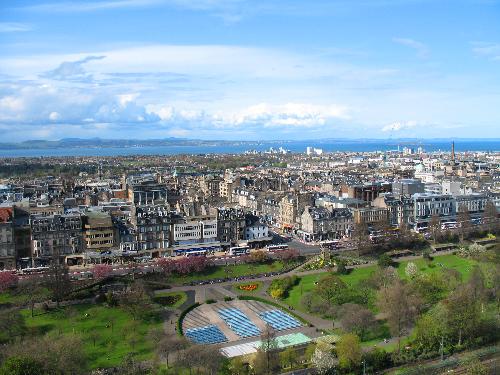 John Troynousky
Edinburgh, Scotland
Locals often boast that Edinburgh has the highest concentration of pubs in Europe. Who are we to argue? The Scots have been brewing hops for thousands of years, and the tradition of drinking continues in the pubs of Edinburgh.

Where to Drink: Visit the Halfway House (www.halfwayhouse-edinburgh.com) for a revolving range of local cask beers; the historic Oxford Bar (www.oxfordbar.com); the Bow Bar on West Bow Street and the Canny Man's on Morningside Road for a selection of locally-brewed ales; and the Cumberland Bar (www.cumberlandbar.co.uk), known for its huge range of cask-conditioned ales and beer.

Average price for a pint: £3

Photo Caption: A scenic view of the city from Edinburgh Castle 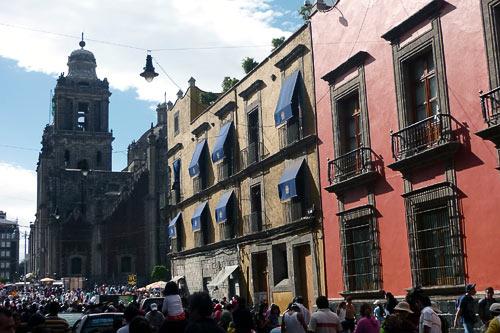 Frommers.com Community
Mexico City, Mexico
Mexico produces dozens of beers but only exports a handful of brands that have become household names in the U.S. A trip to Mexico City will open your eyes (and your mouth) to other tasty varieties, many brewed from century-old recipes. Regional pilsners, including Indio, Victoria, and Superior, are crisp and perfect to enjoy under the Mexican sun. The classic Germanic-style Noche Buena is only available seasonally from September to December.

Average price for a pint: $2; you can find even cheaper options in smaller cantinas. 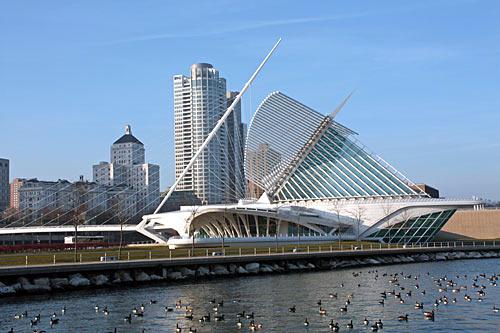 Milwaukee, Wisconsin
Once the nation's top beer-producing city and the base for four of the world's largest breweries (Schlitz, Pabst, Miller, and Blatz), Miller is now the only one that still calls Milwaukee home. Fortunately, the beer legacy survives in the form of the smaller breweries that have taken up residence -- and the aptly named baseball team: the Brewers.

Where to Drink: You'll never go thirsty at the Milwaukee Alehouse (www.ale-house.com), Roman's Pub (www.romanspub.com), and the Sugar Maple (www.mysugarmaple.com), known to serve a selection of 60-plus U.S. craft beers. Sample more than 150 beers from over 50 breweries at Milwaukee's annual Beer Barons' World of Beer Festival (www.worldofbeerfestival.com). 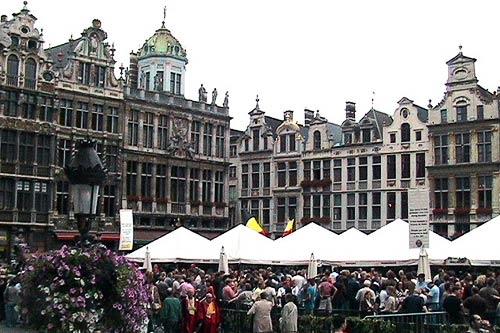 Frommers.com Community
Brussels, Belgium
Brussels is the center of Belgium's huge beer industry, where the alcohol content is high and the varieties are plentiful.

Where to Drink: Head to local watering holes, such as the Puppet Cellar at Poechenellekelder, the historic Mort Subite (www.alamortsubite.be) and Delirium (www.deliriumcafe.be), which serves more than 2,000 types of beer: Le Bier Circus (www.bier-circus.be), Le Falstaff (www.lefalstaff.be), and Le Cirio are also popular haunts offering Belgian blondes, browns, reds and everything in between (beers, not women). Experience 225 beers at the annual Belgium Beer Weekend (www.weekenddelabiere.be) each September. This year falls over Labor Day weekend (Sept. 3-5). 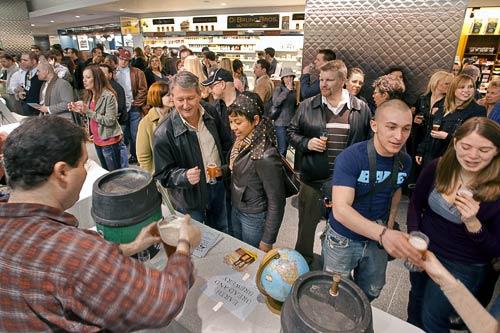 G. Widman for GPTMC
Philadelphia, Pennsylvania
Philadelphia -- the City of Brotherly Love -- knows that the best bonding can happen over a pint or two.

Where to Drink: Go to Johnny Brendas (www.johnnybrendas.com) for local Pennsylvania beers; Standard Tap (www.standardtap.com) for a large selection of draught-only craft beers from Pennsylvania, Delaware, and New Jersey; Nodding Head Brewery (www.noddinghead.com/brewery) for its own brew on tap; and Kraftwork (www.kraftworkbar.com) for 25 local brews on tap and another 25 craft beers by the bottle. Philly Beer Week (www.phillybeerweek.org), a 10-day series of beer-related events held each June, is a must-do for serious beer lovers.

Average price for a local craft beer on tap: $2.75 for an eight-ounce glass.