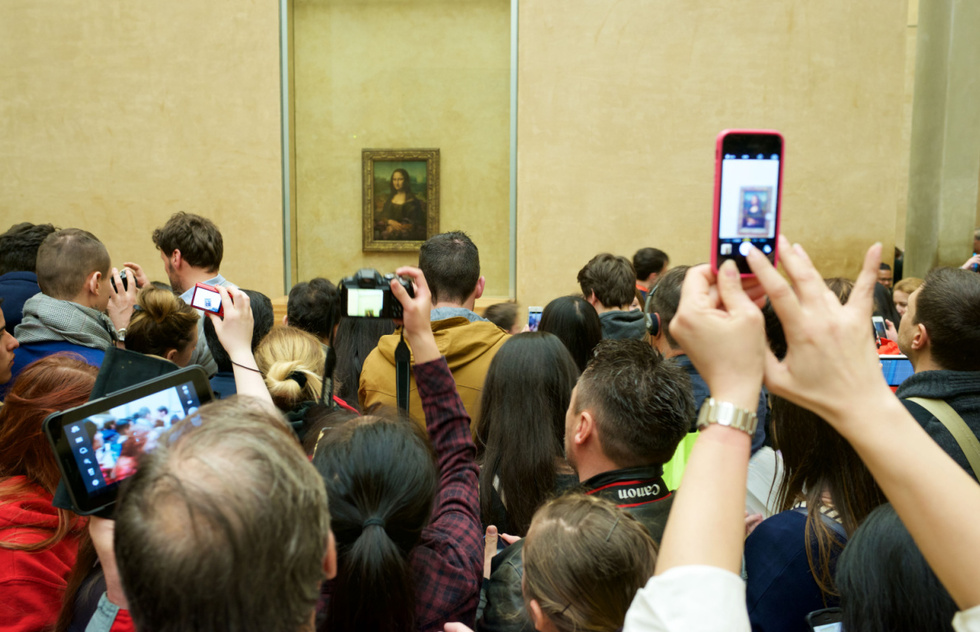 Are you the sort of traveler who plans everything ahead of your trip or flies by the seat of your pants?

When it comes to seeing many of the world's top tourist attractions, momentum has shifted toward planners and away from pants-seat flyers—and the change appears to be here to stay.

To combat overcrowding, ultra-popular sites from the Colosseum in Rome to Machu Picchu in Peru began requiring advance reservations in the years before the pandemic.

Then the need to maintain social distancing and enforce capacity limits amid the Covid crisis only accelerated the switch to timed tickets, with renowned museums, national parks, and even free-admission holdouts like the Smithsonian Institution adopting timed passes.

With some notable exceptions, these tourism faves are not turning back.

Just this week, the Smithsonian's National Zoo in Washington, D.C., announced that free advanced online passes for entry will continue to be required "indefinitely," reports the Washington Post.

That's in spite of concerns raised by D.C.'s congressional delegate, Eleanor Holmes Norton, who wrote in a letter to the zoo that the system “may be limiting access or deterring visits to the National Zoo, especially for people who cannot get online, whether because they do not have a computer or smartphone or are unable to use such devices.”

According to the Post, zoo officials replied that after the online reservation system was introduced during the pandemic, the facility saw the "value visitor passes can bring to our Zoo and local community as they enable us to observe and manage visitor capacity, reduce local traffic congestion and most importantly, provide for an overall better and safer visit to the Zoo.”

For what it's worth, a limited number of same-day passes to the zoo are available for walk-up visitors at the pedestrian entrances—though when those run out, that's that. Reserving in advance is a safer bet, provided you have access to the internet.

DCist points out that only two other Smithsonian facilities in the capital still require free passes reserved ahead of time, but they're two of the most popular sites: the National Air and Space Museum and the National Museum of African American History and Culture.

Similarly, many of the U.S. national parks that introduced required reservations in 2020 and 2021 are sticking with them going forward. In all, nine parks now require passes of some sort, whether for the busy summer season, notoriously clogged drives, or special events such as the "firefall" phenomenon at California's Yosemite National Park in February. (For the first time since 2019, however, visitors will not need reservations to enter Yosemite this summer.)

Over in Europe, meanwhile, one of the continent's most popular museums—if not the most popular—has quietly adopted a kind of de facto reservation requirement.

While announcing visitor numbers for 2022, the Musée du Louvre, which received a staggering 7.8 million visitors in Paris last year, revealed in a press release that management imposed a cap of 30,000 daily visitors in June 2022. The museum intends to maintain that limit from now on "in order to facilitate a comfortable visit and ensure optimal working conditions for museum staff."

Given that pre-Covid admission figures amounted to up to 45,000 Louvre-goers per day, that means the 30,000 cap imposes a cut of 33% in admissions.

Or, in other words, 1 out of every 3 visitors from the pre-pandemic hordes wouldn't make it inside today.

If you've ever had a wall of iPhones block your view of the Mona Lisa as you stood cheek by jowl with a midsize city's worth of tourists, you might not think a visitor cap at the Louvre is such a bad idea.

But if you have your heart set on seeing the museum's storied treasures on a certain day during your Paris vacation, you might want to book your ticket in advance. Admission can still be purchased in person, but if the cap is hit before you get there you could be left fuming in the Tuileries.

More and more, the wise course of action is to check the website of a tourist attraction in advance—especially if it's extremely popular—and see if you can (or must) book a slot to visit.

We know it takes some of the thrill of spontaneity out of travel, but at least you'll get to see the stuff you came to see.