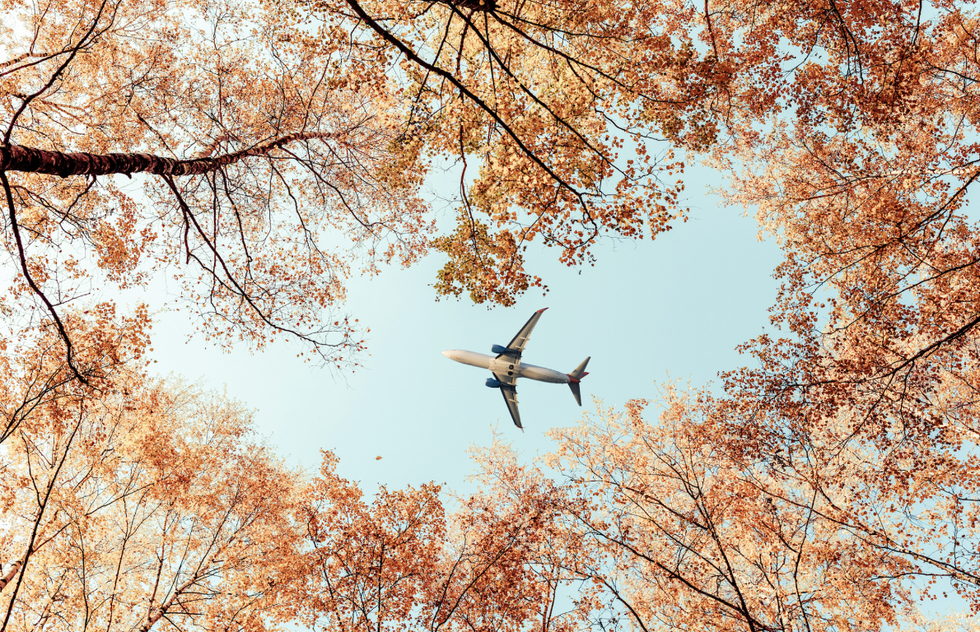 Good news in air travel has been hard to come by this summer, what with the surges in cancellations, delays, lost luggage, and ticket prices.

Unfortunately, we can't promise things will improve before the kids head back to school, but we can give you a reason to look forward to autumn: Travel analysts expect the price of airline tickets to drop significantly in the coming weeks.

As reported by ABC News, data from the booking app Hopper, which predicts airfare changes, suggests the average cost of domestic round-trip flights in the U.S. could fall to under $300 ($298 to be precise) by the middle of September.

That's a merciful relief from the peak in May, when the average was $404. (Consult Hopper's Price Tracker to reminisce/kvetch about all the ups, downs, and more ups airfare has undergone since 2019.)

As the Wall Street Journal points out, airline prices usually go down in the fall after the end of the busy summer travel season, but typically the decrease is somewhere in the neighborhood of 10% to 15% compared to summer fares. The prediction for this fall, though, is a drop of 26% from the summer high—and the decline might have been even greater if airlines didn't have to contend with staffing shortages and soaring fuel costs. (Also, even with the decline, autumn fares are still higher than they were in 2019.)

Experts say prices for international flights this autumn will be about 25% lower than during the summer months, too, with the cost of many round-trip flights from the U.S. to Europe dipping below $500 again, according to ABC News.

Keep in mind, however, that the decline in prices does not necessarily signal the end of air travel woes. Understaffing remains a problem. And don't expect to find additional flight options as airlines cut routes and airports cap flights in order to get the chaos under control.

To find the lowest prices for flights this autumn, much of the advice Frommer's has given earlier this year still holds true: Book as far in advance as you can (at least a month if possible), consider rearranging your travel dates, avoid small airports, and don't forget to check what's available from upstart international carriers such as Avelo Airlines, Breeze Airways, Play, and Norse Atlantic Airways.